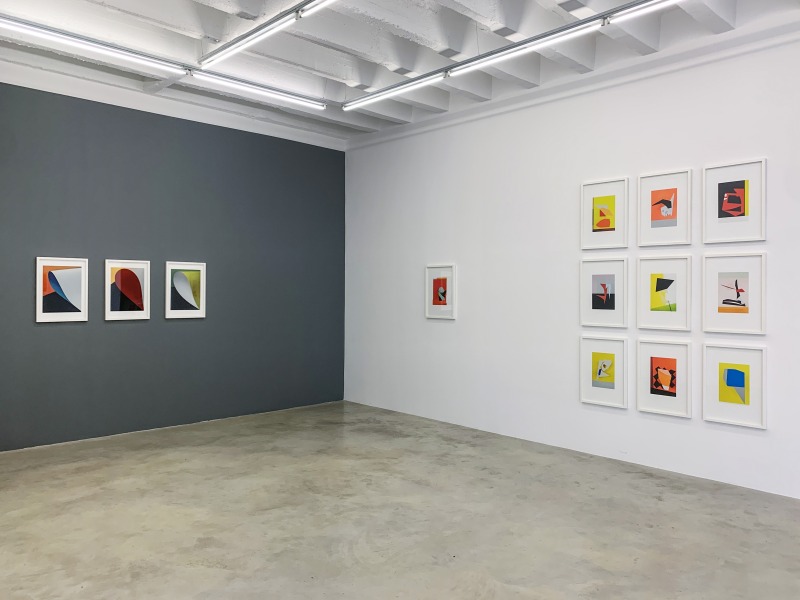 This simple quote by  best describes how Timo Kelaranta approaches his chosen subjects. Whether it be in prose, poems or photographs, Kelaranta exercises his own sense of essentiality in how he defines one moment in time. Think of his photographs as words within his own visual poem. This group of images has been selected from the most recent body of works Numeritos as conduits for reflection. The raw materials he so delicately uses to draw out his images from silk thread to colored paper become portals for contemplation. More importantly, he defines a new voice in visual poetry that can be best described as compositions in space.


Kelaranta’s relationship to photography has had many twists as it does turns. Thus, the title for the exhibition Strange Love.
Looking back thirty years ago, he must now be considered one of the first artists in the Nordic region to experiment with the photographic process as a means for abstraction. Kelaranta’s works have always found their own path outside of the mainstream. The new pieces in the exhibition have both a surreal sculptural quality as well as the characteristics of a performer wrapped in colors from a stage setting of the Three Penny Opera. These different shapes and elements compiled together, form their own choreography and carry Kelaranta’s sense for a poetic dance between color and form. The titles in this exhibition come from the series: Numeritos, Juego, Utopia and Cielo. It continues Kelaranta’s lifelong fascination with molding and building visual images into words and using them as whispers of how he defines his world.
Timo Kelaranta is one of the most important and leading figures in the creation of the Helsinki School both as an artist and mentor. His influence can be felt and seen through all six generations of artists who have evolved from this educational platform from Aalto University since 1995.
Timo Kelaranta was born in Finland in 1951. He lives and works in Espoo, Finnland. In 1975 he graduated from the University of Art & Design Helsinki, where he has been a lector and professor throughout his career. Recent exhibitions include Universum, at Instituto Iberoamericano de Finlandia in Madrid (2017); Luz Silenciosa, at Fototeca de Cuba in Havana (2016); Universum at AMA Gallery in Helsinki (2016); The House of Poets, at Fotogalleriet in Oslo. His publications include, to name a few, The House of Poets (Kehrer Verlag 2014), Paratiisi novel (WSOY 2009) and The Quiets (Musta Taide 2006).