Path
Eeva Karhu is an artist who uses photographic process of layering one image upon another as her method for collecting the passage of time. This is most evident in her ongoing Path series, where she photographs the same walking route she takes from her home. After her walk, she compiles all the photographs together into one image to form the given moment they were taken in. Karhu continues this process throughout the year, creating her own visual calendar of time periods based on the harvesting of light from one moment to the next. In her Season series, Karhu expands this composition by coloring the view to form what one season would look like as a single image. These images become far more abstract, yet still have the feeling and look of an impressionistic painting from another century.  Her Hue series and Glow series take on the same impressionistic quality with differences in technique. The ever-present tonal quality of the light in Finland inspired her to use filters on her camera which resulted in the dreamy pastel works which make up the Hue series, and her Glow series was photographed at night, using a flash. It’s as if she is painting with light. Her spring looks like Monet, her autumn contains the colors of Renoir, and her tones are like those of Turner.
Unlike other photographers who use a similar process of photographic layering to appropriate an image, such as Idris Khan or Santeri Tuori, Karhu inserts herself within the act of taking the photo. We see her as an abstract blur, almost ghost-like, sometimes with color from her coat or hat, but nevertheless present. Her path is more than just a place, but rather is like a mental space that she travels through to find the beginning and closing of every day. Her photographs encapsulate the varying degrees of Finland’s seasonal light: Sometimes soft and iridescent, but more often than not fleeting with a touch of gray and the hope for blue.
Eeva Karhu is one of the new generation of artists emerging from the Helsinki School who use nature and its seasonal passing as their personal barometer to measure and translate our world by the power of its presence in our daily lives. 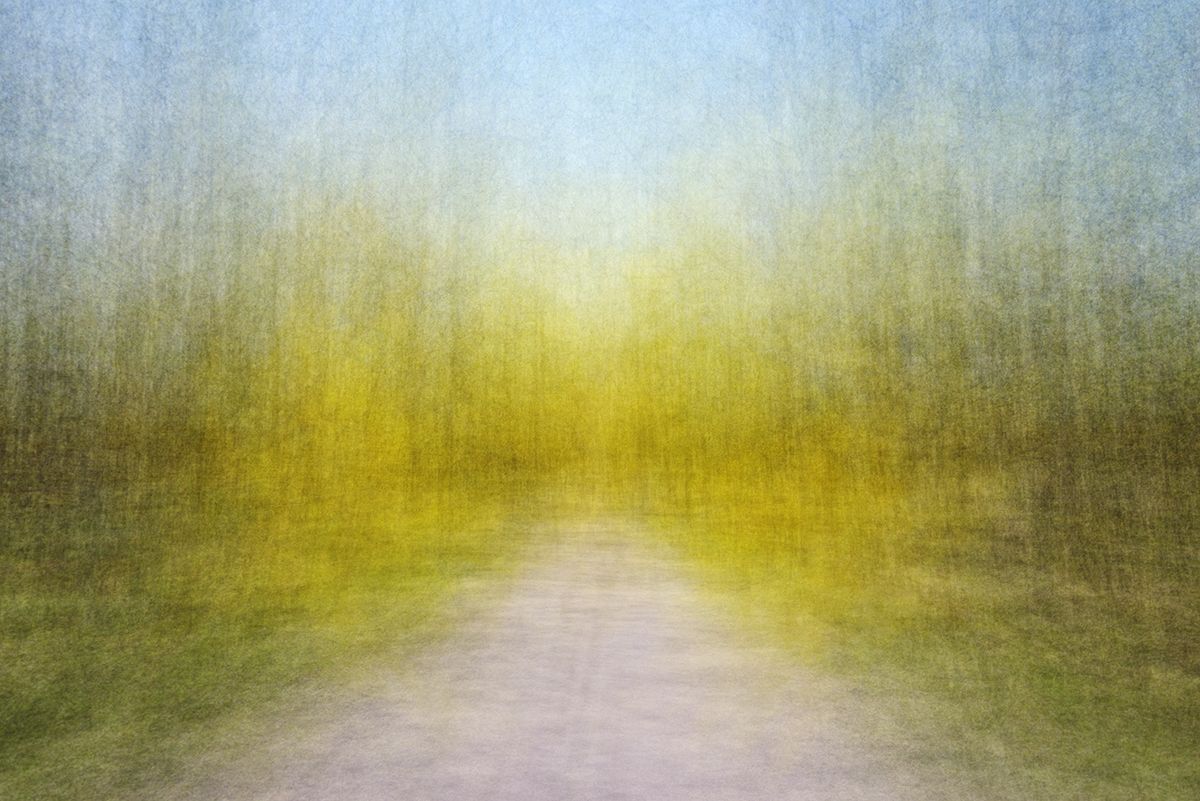 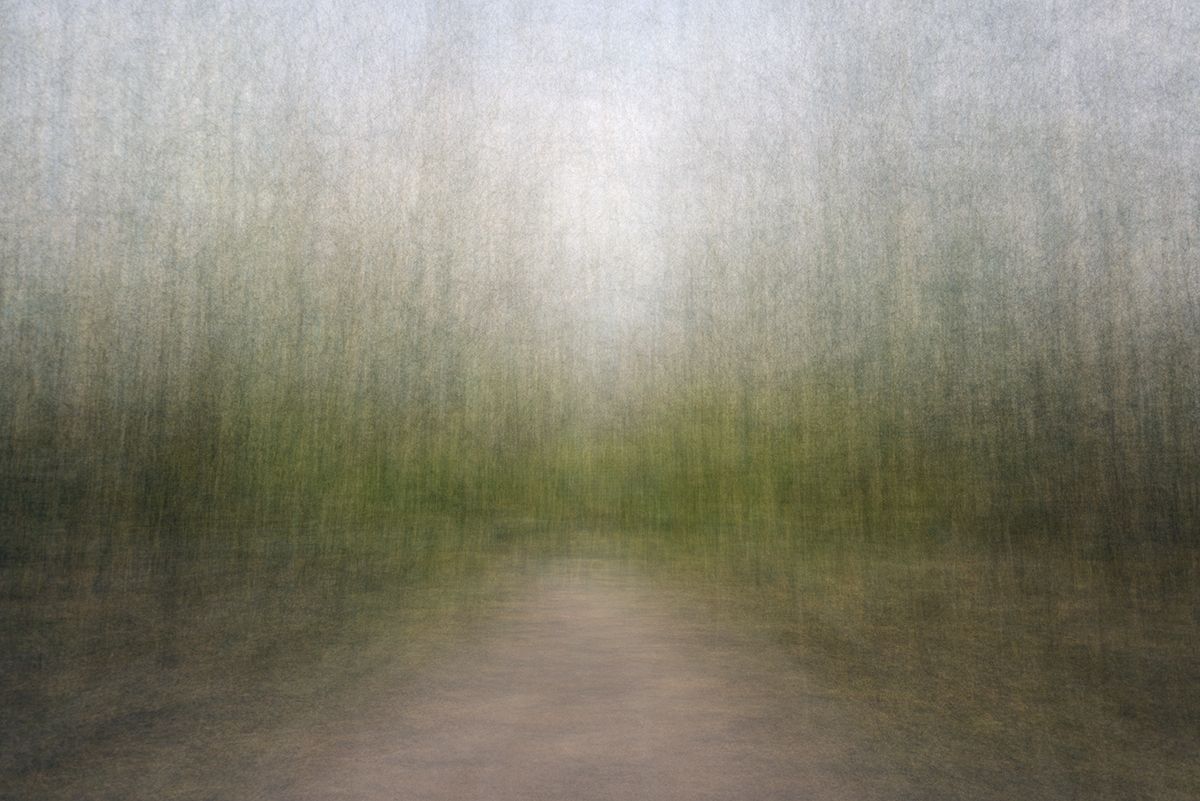 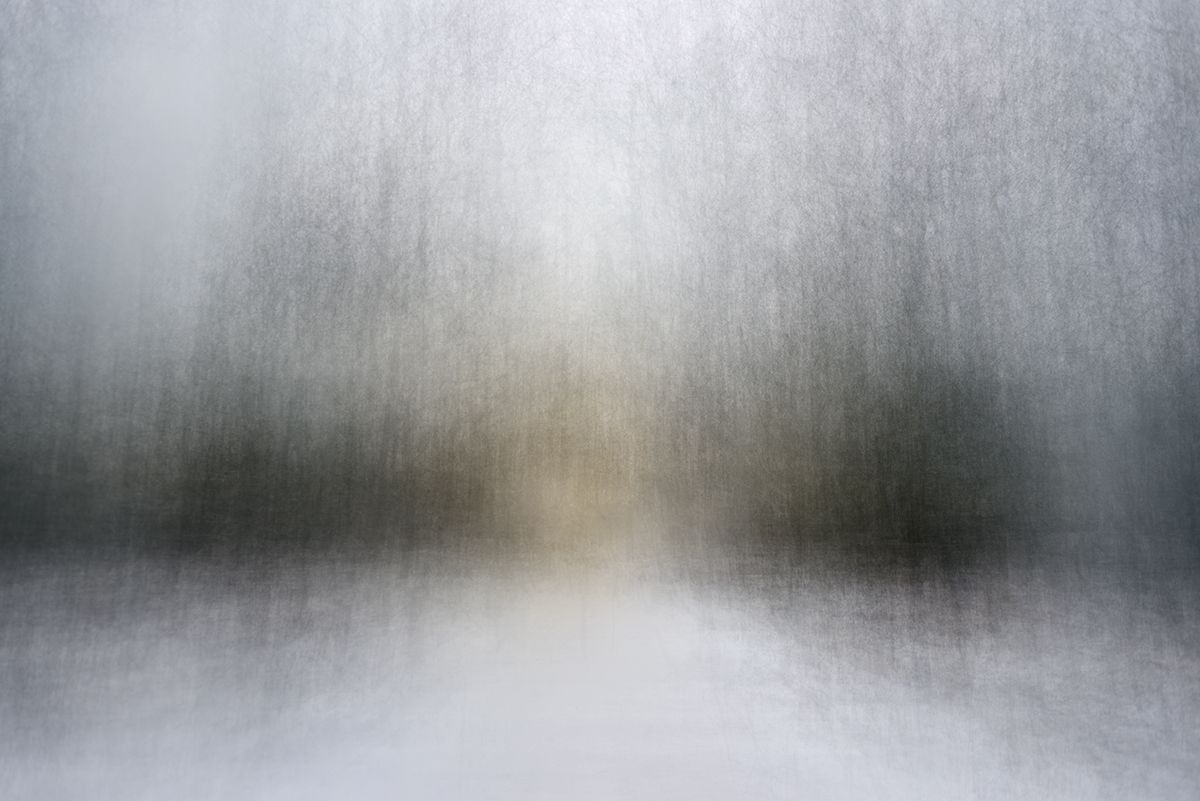 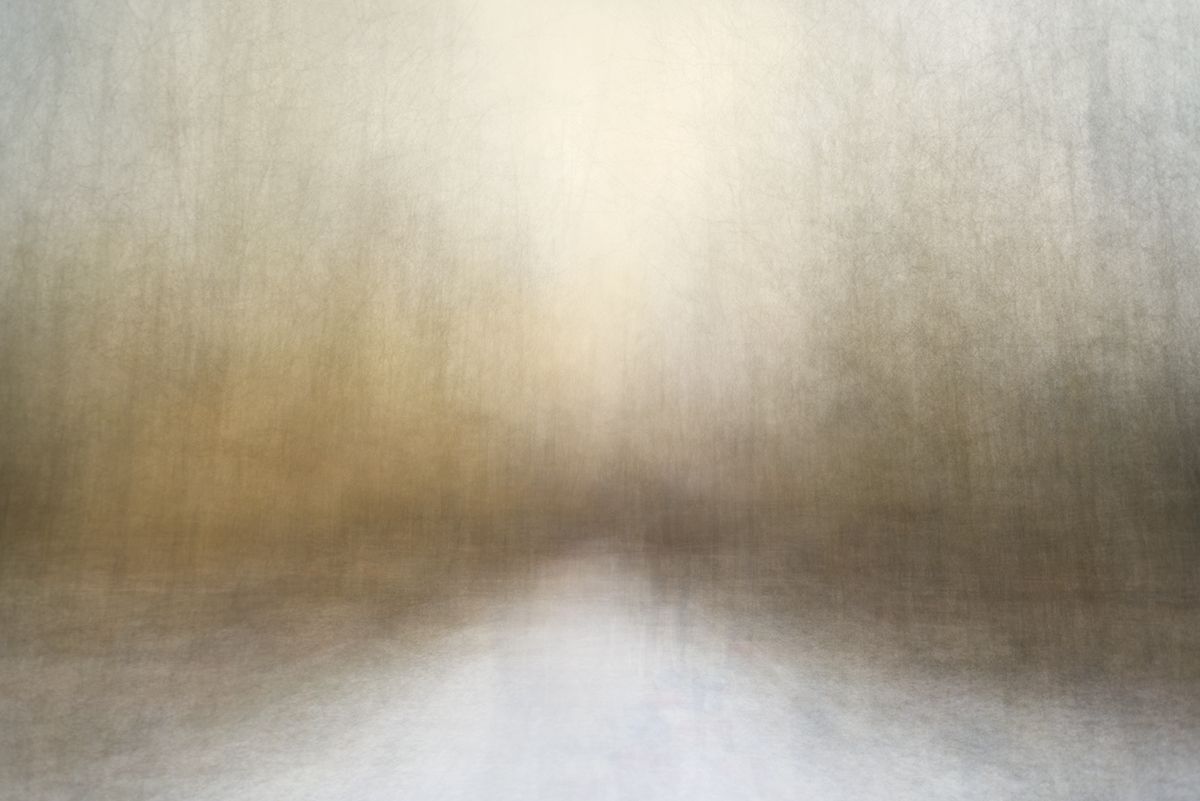 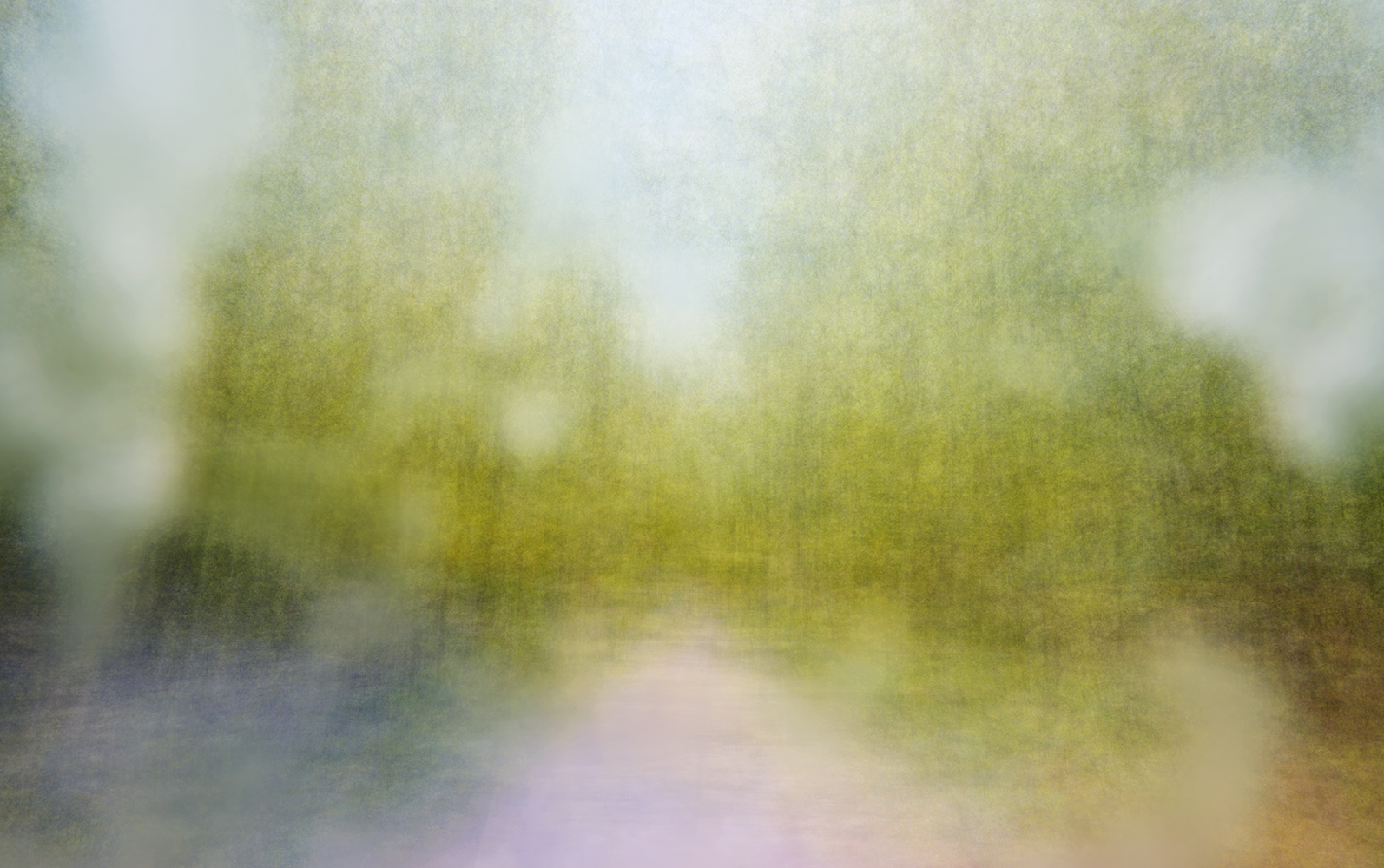 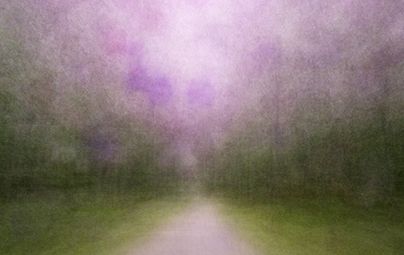 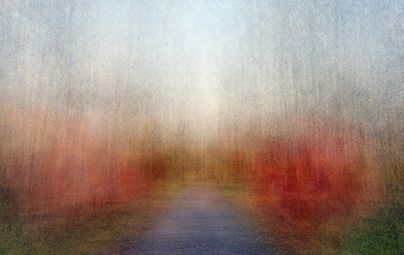 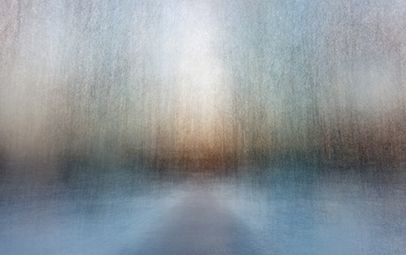