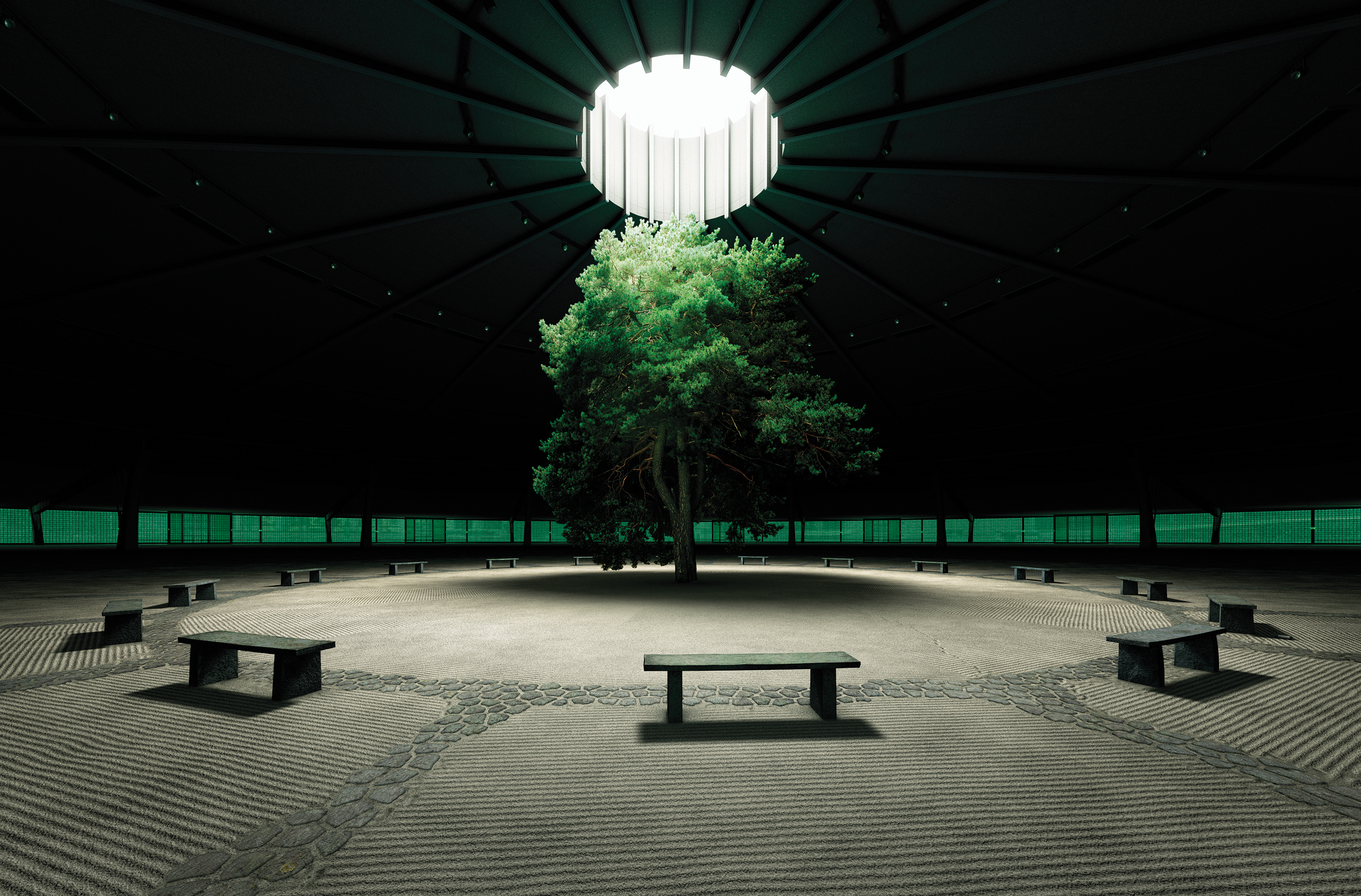 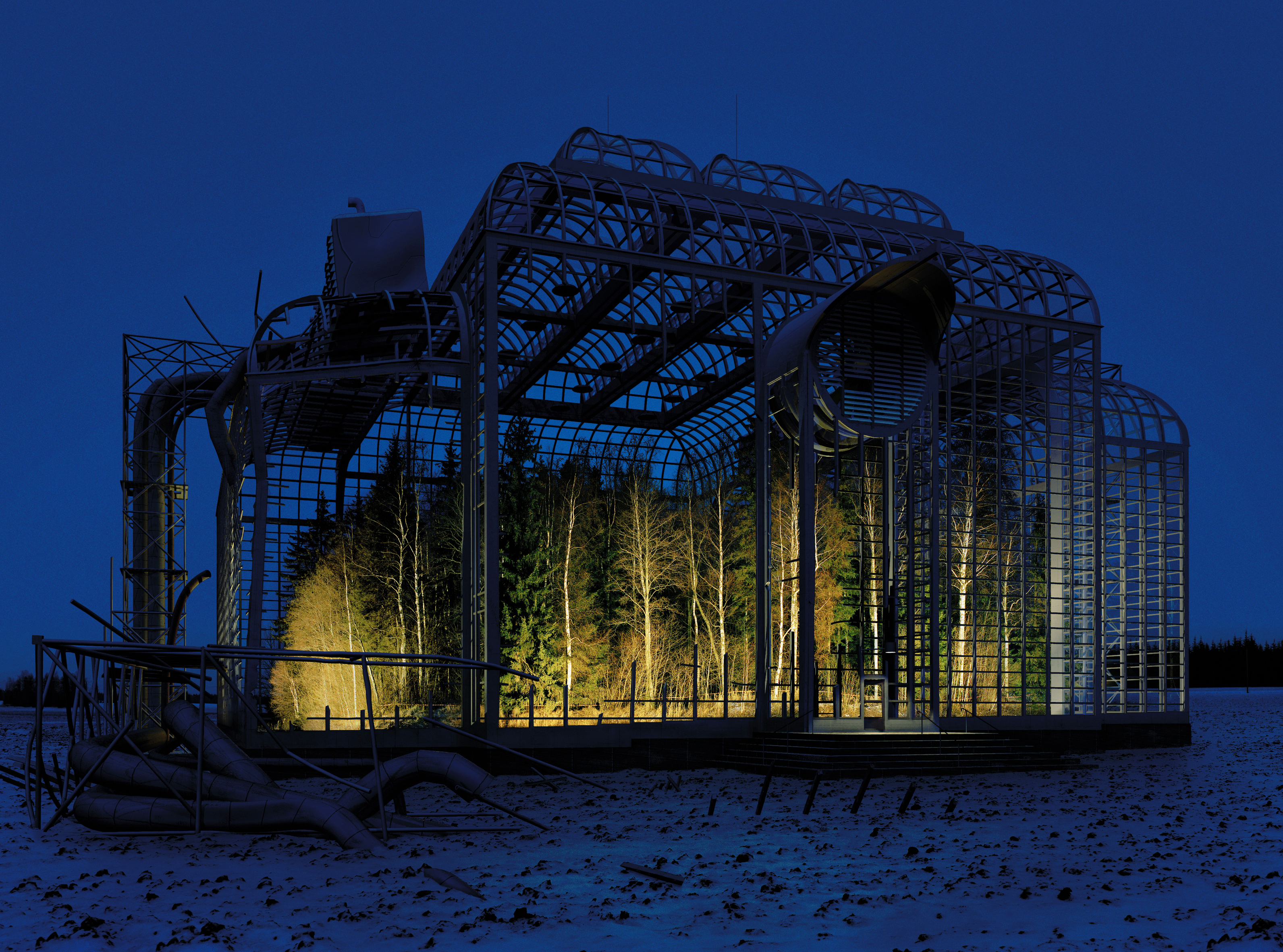 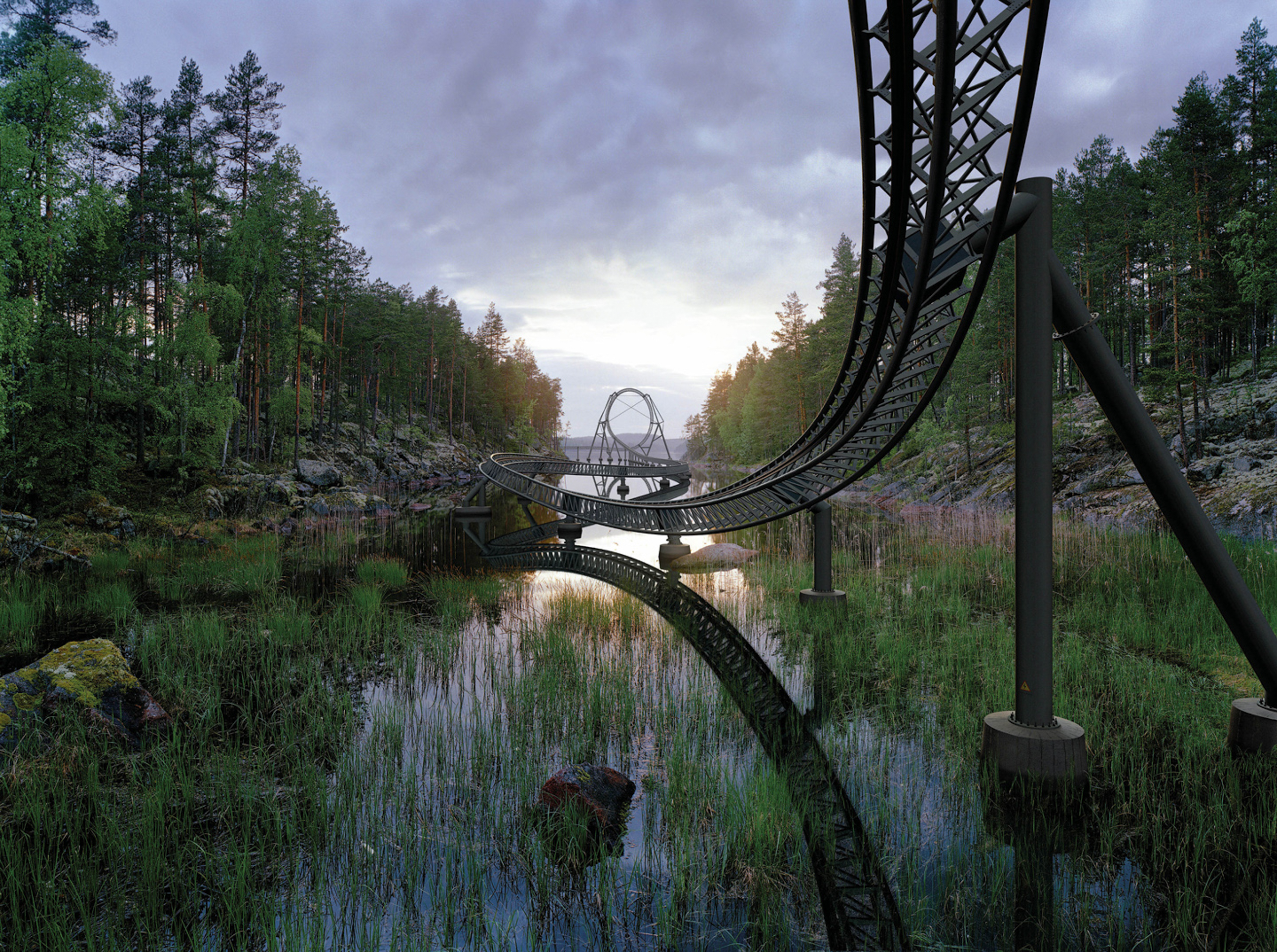 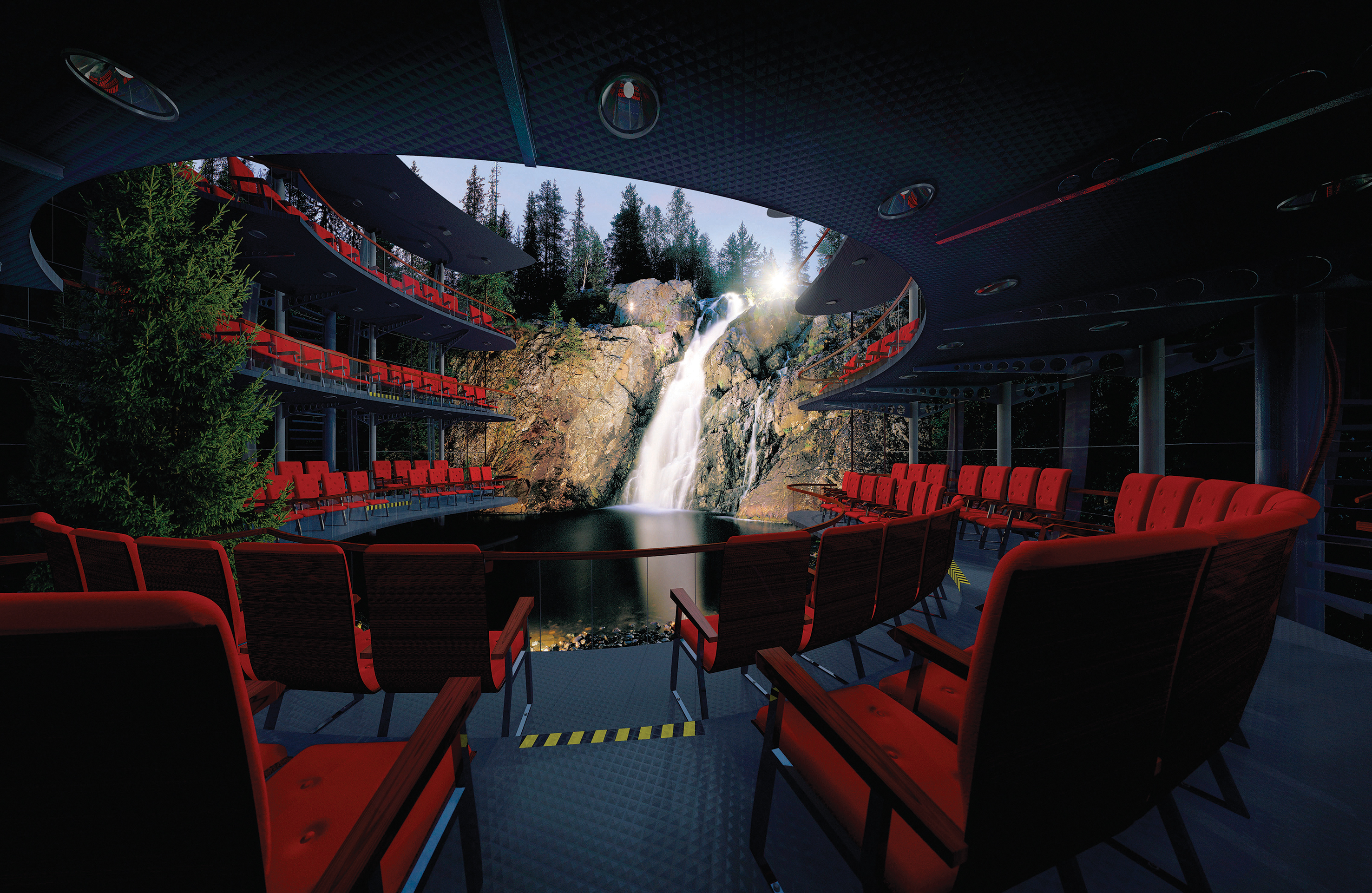 Halso’s series Museum of Nature (2000) is based on a pessimistic, but realistic vision of the future of our climate and the necessity of protection: Rather than these images having some aesthetic value, Halso takes them to be more of a visual pamphlet that he hopes is not actually needed in our future reality. The dystopian-like environment that Halso curates emphasizes his bleak vision of the times to come. To put nature into a museum provides a clear audience to such an exhibition, allowing nature to become a 'joyride' for tourists, shifting a beautiful landscape to a meditative theater show. The role of the audience here should be to reflect on man’s negative relationship to nature, and how we can avoid harming the environment further. Halso’s works began as his view of the future, but over time, this has slowly evolved into our reality.