Telling the story of a young man – the author himself – and his attempts to fly with different kinds of self-made aeroplanes and wings, the photographic series "Sacred bird", by Finnish photographer Janne Lehtinen (b. 1970), presents a fictional narrative based on autobiographical facts. Lehtinen – the son of a renowned glider pilot – tries to relive the experiences of his father while himself attempting to leave the ground behind. However, his numerous efforts to oppose the force of gravity never come to anything, and the giant leap into infinity never occurs. While the models he conceives are extravagant, surreal and impressive in their constructions, they are nevertheless destined to fail, and they remain purposeless, anachronistic reinventions of the human-powered prototypes, which marked the pioneering days of aviation.

Lehtinen seems Quixotic in his pursuit not only because of his own personal history, but also in relation to the origins of man's persistent quest for flight. He depicts himself as the ultimate anti-hero who perseveres in failure, like a tragi-comical slapstick actor.

The absurdity of his attempt is even more striking when set against the romantic and heroic landscapes in which he stages his performances. Reminiscent of eighteenth-century sublime scenery paintings, these harsh, deserted environments seem to draw the character inexorably down to the ground, rather than to inspire take off, as if to stress the earth-bound restraints of human nature. It is as if Lehtinen is performing a comic and short-lived act towards the landscape in an effort to bridge the gap between nature and technology, or even between the pictorial and the photographic discourse.

Lehtinen uses many different commonplace images – derived from art history, photography, cinema and mythology – to place his individual experience unpretentiously in the perspective of great historical events or stories. In search of the universal heroism of the artist, he creates a photographic world in which Icarus meets Chaplin, Nadar meets Jules Verne and the Wright brothers meet Da Vinci. Through the appropriation of such collective imagery, Lehtinen playfully examines the degree to which visual icons influence our image of the world, our dreams and our desires. The series "Sacred bird" thus poses questions about how our memory functions, about the nature and origins of collective memories and the influence of the media on our historical consciousness and sense of identity.

While blending the commonplace and the personal, fact and fiction, Lehtinen underlines the ambiguous role photography itself is playing in this process. It only offers a staged, yet seemingly authentic reconstruction of history that is never all-embracing or fulfilling, and therefore allows for the creation of a personal poetics: it is like an acknowledgement of the idea that real dreams can only be conceived at the back of the dreamer's mind. Even the most tragic or burlesque consequences of these desires – in this case a recurring inability to fly – belong only to the dreamer. Regardless of success or failure, it is his belief in the validity of his solitary actions that lends them an undeniable sense of purpose. 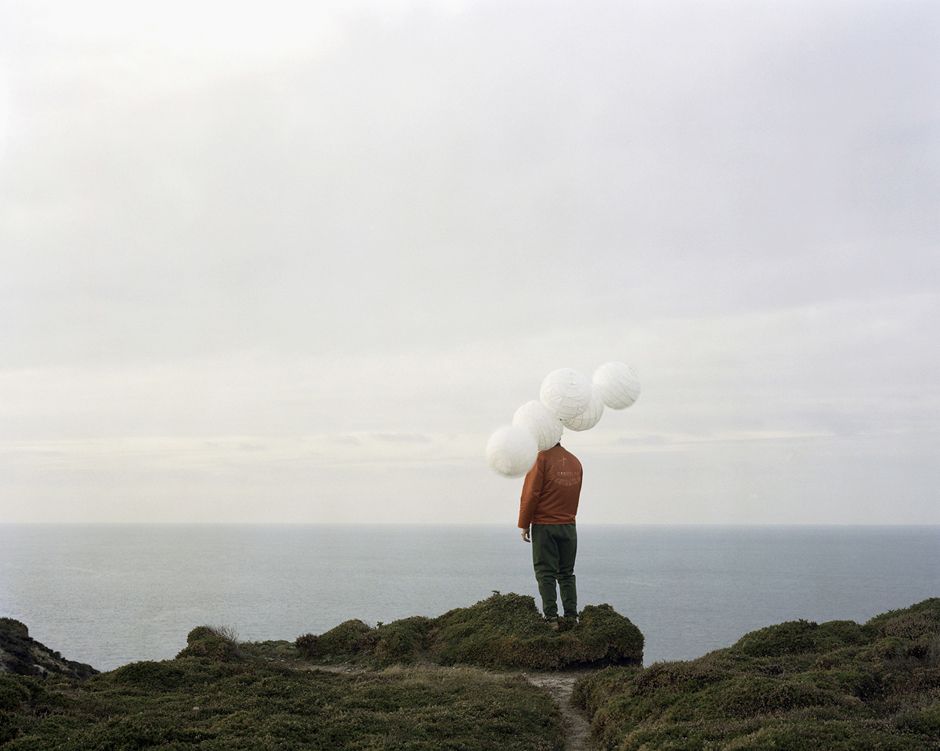 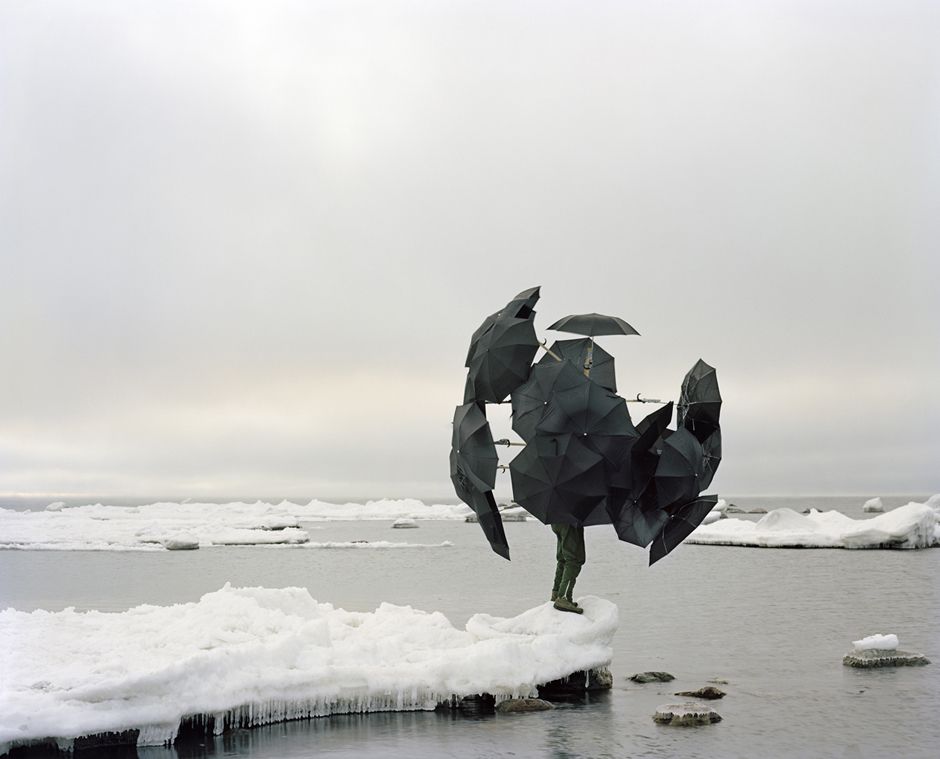 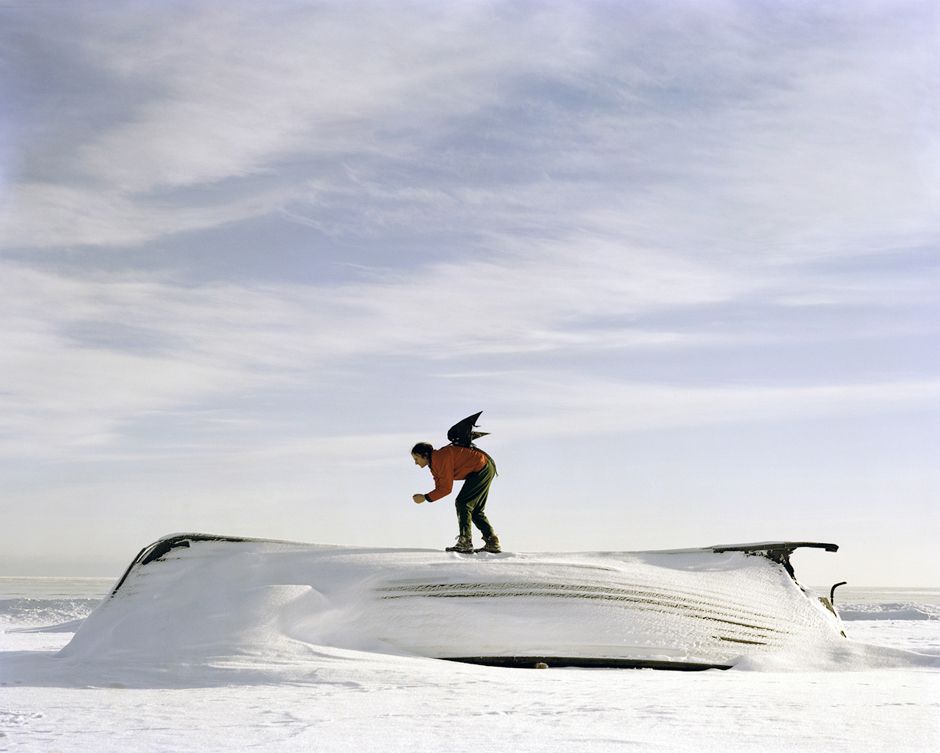 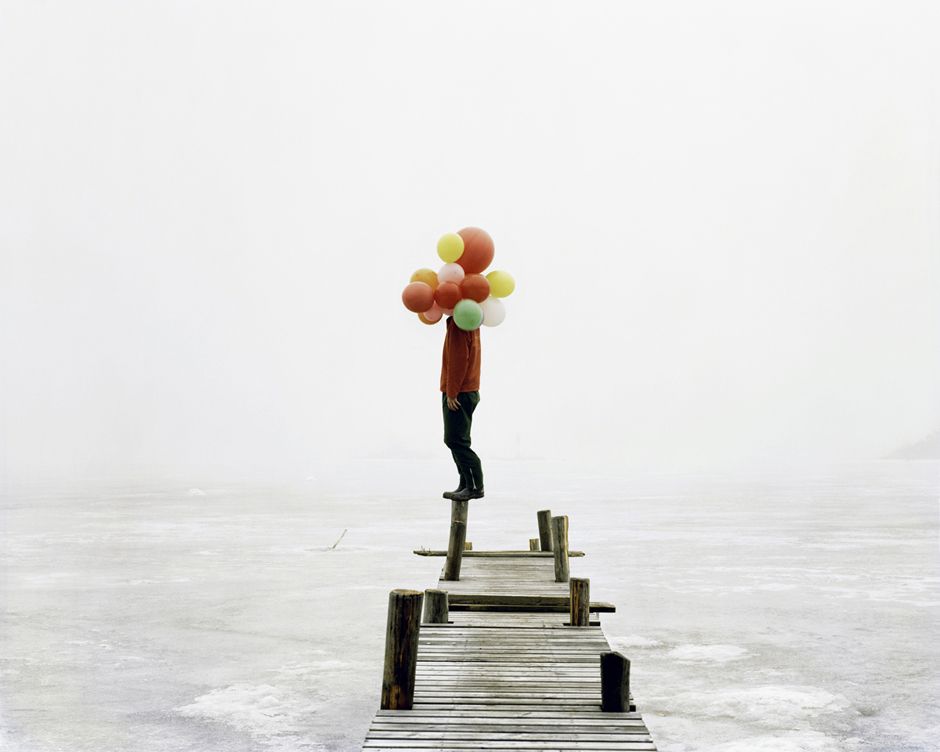 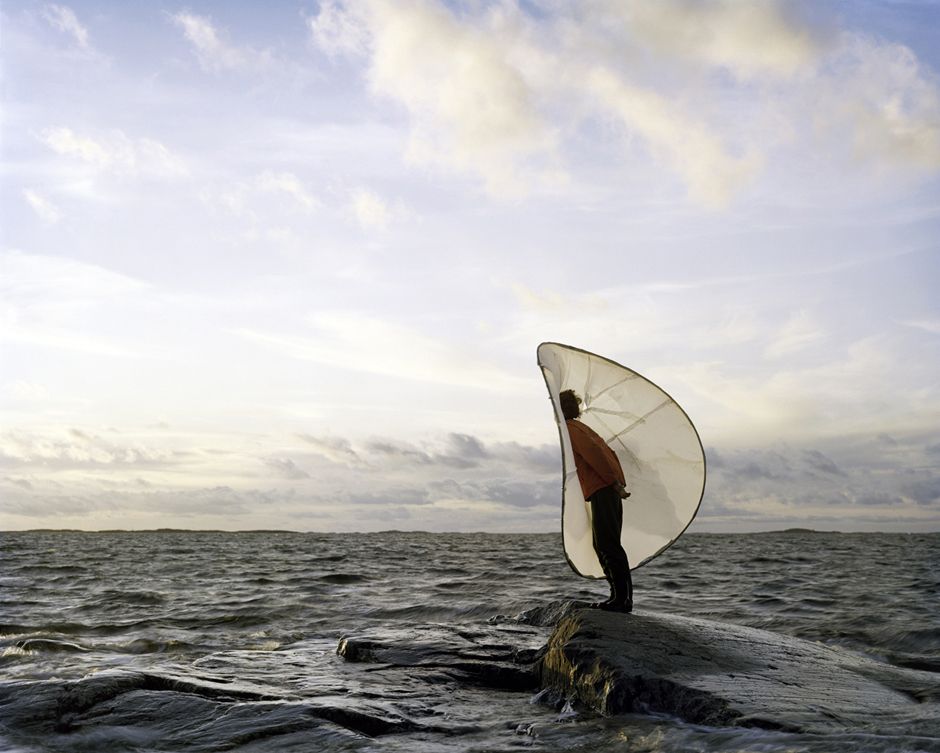 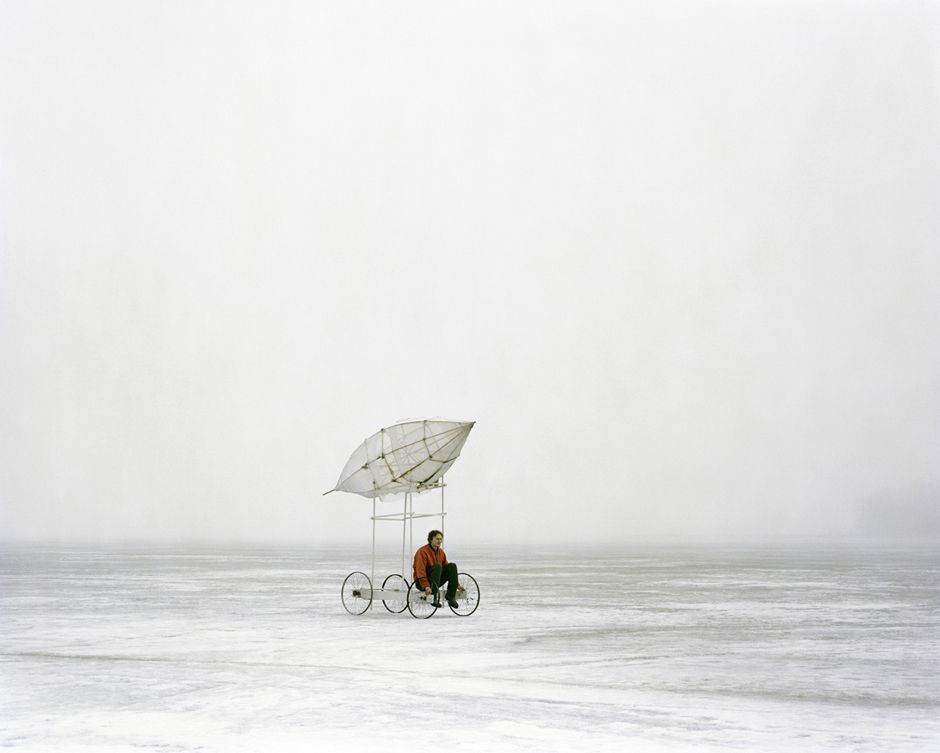 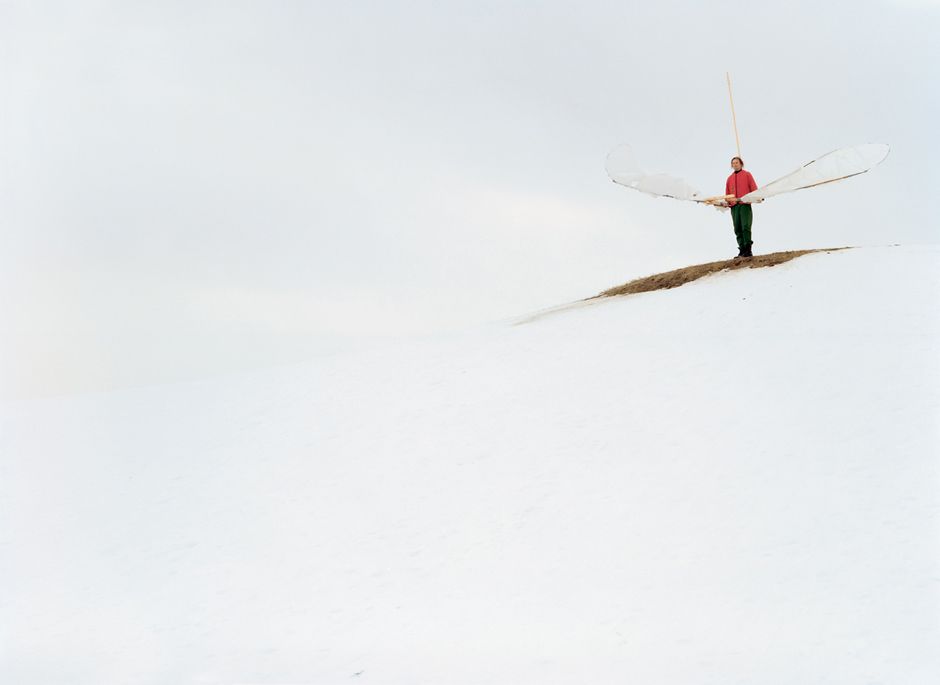 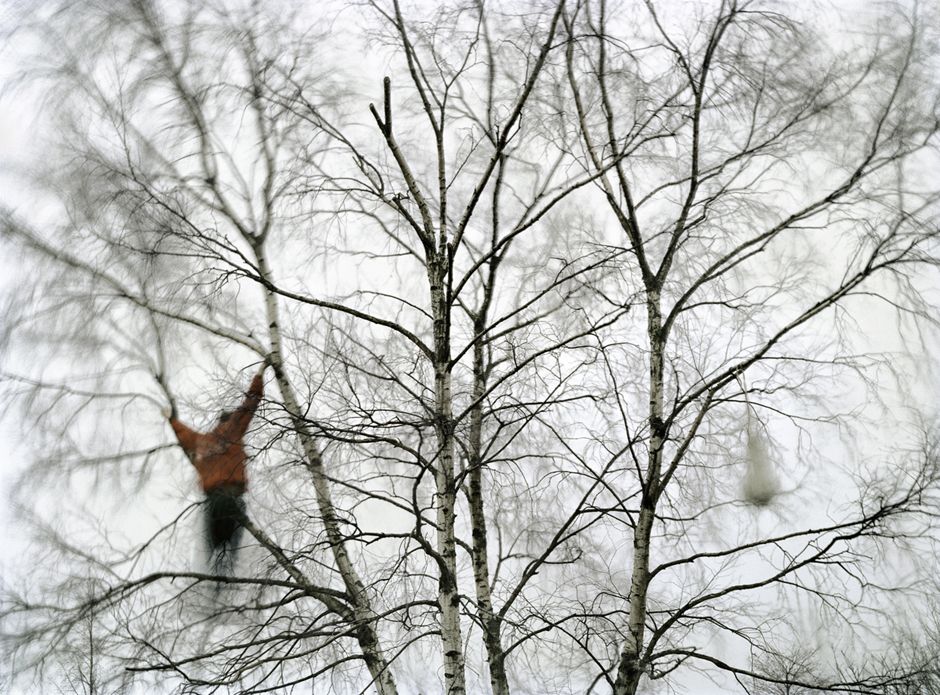 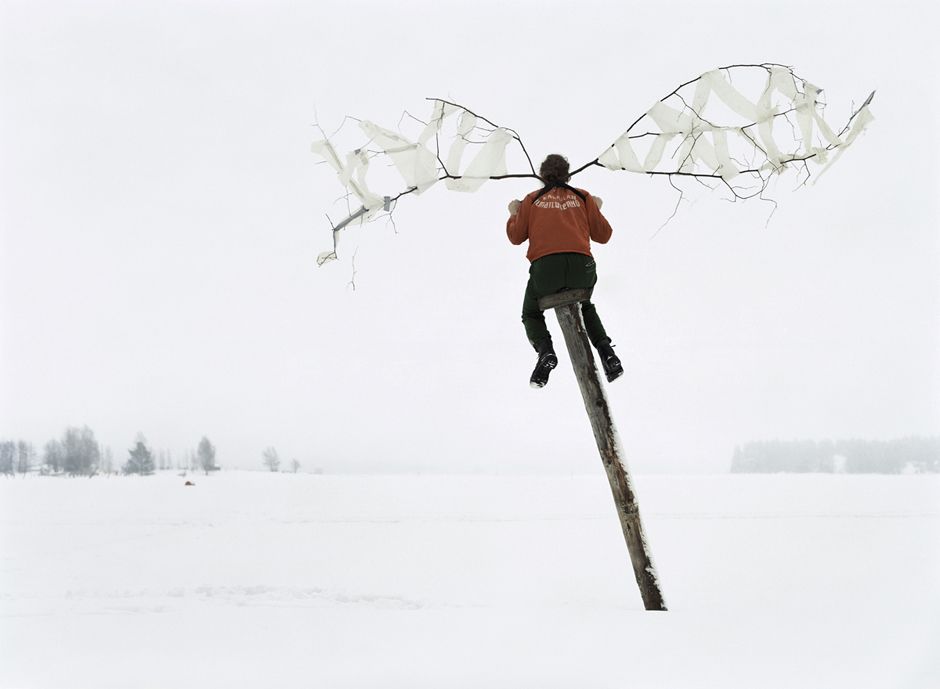