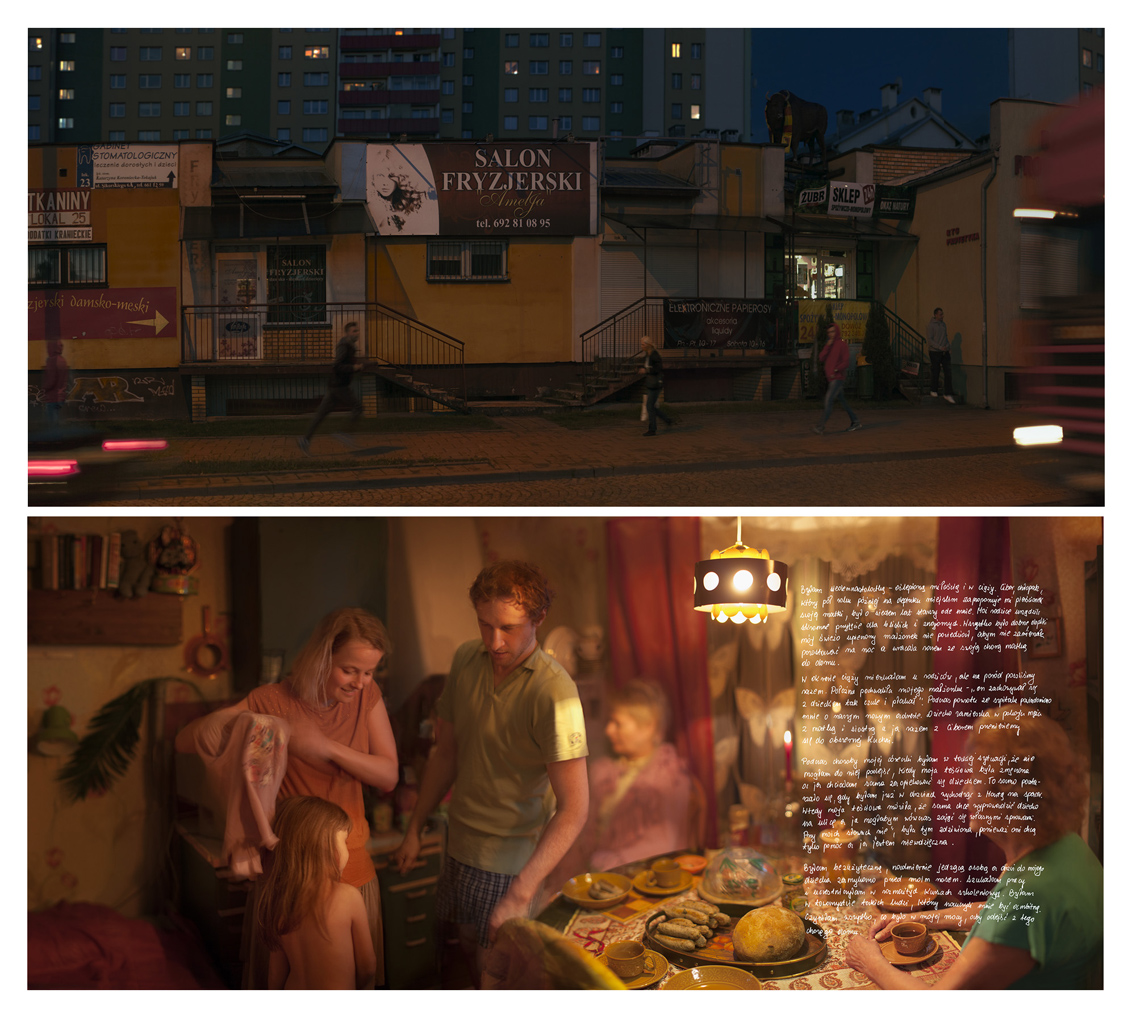 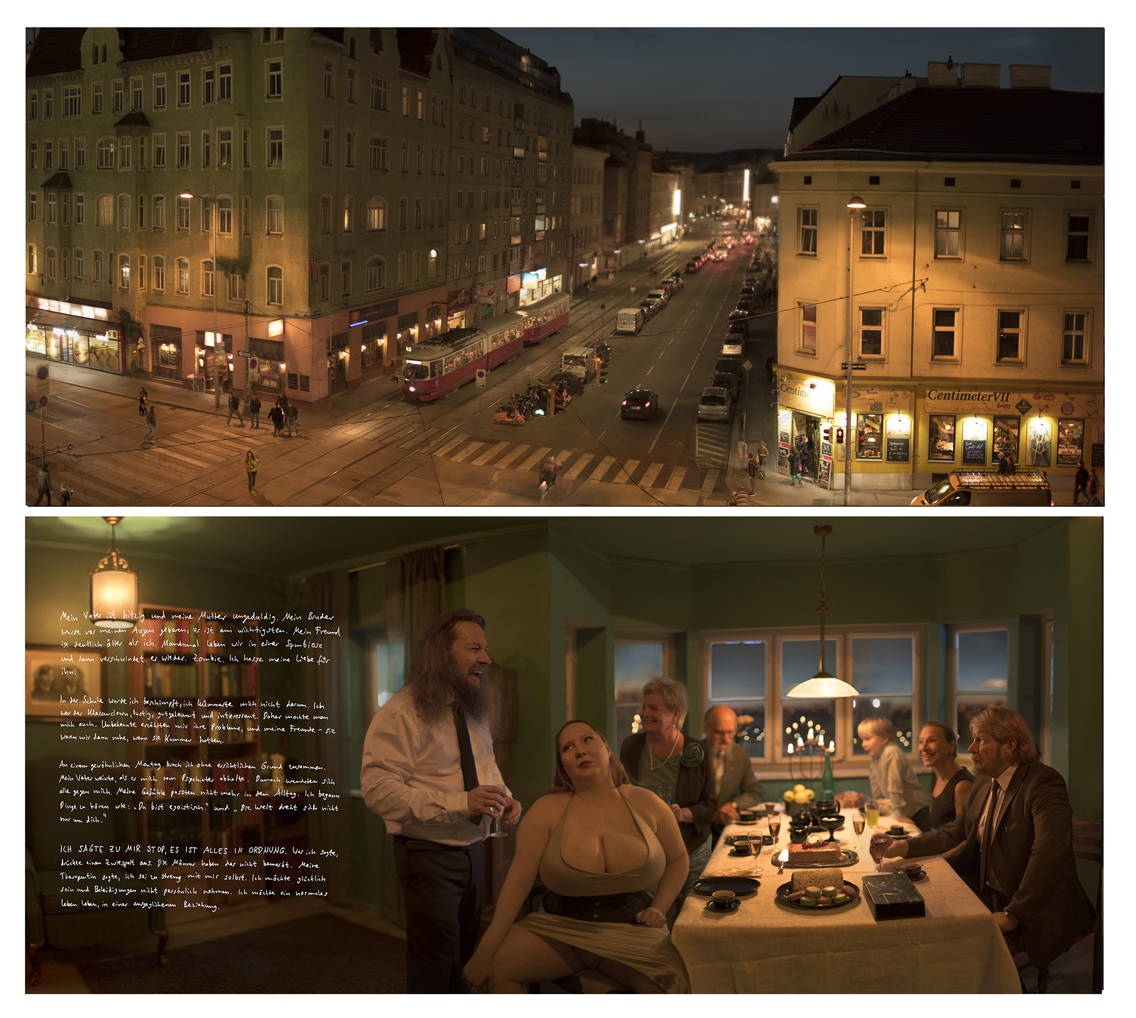 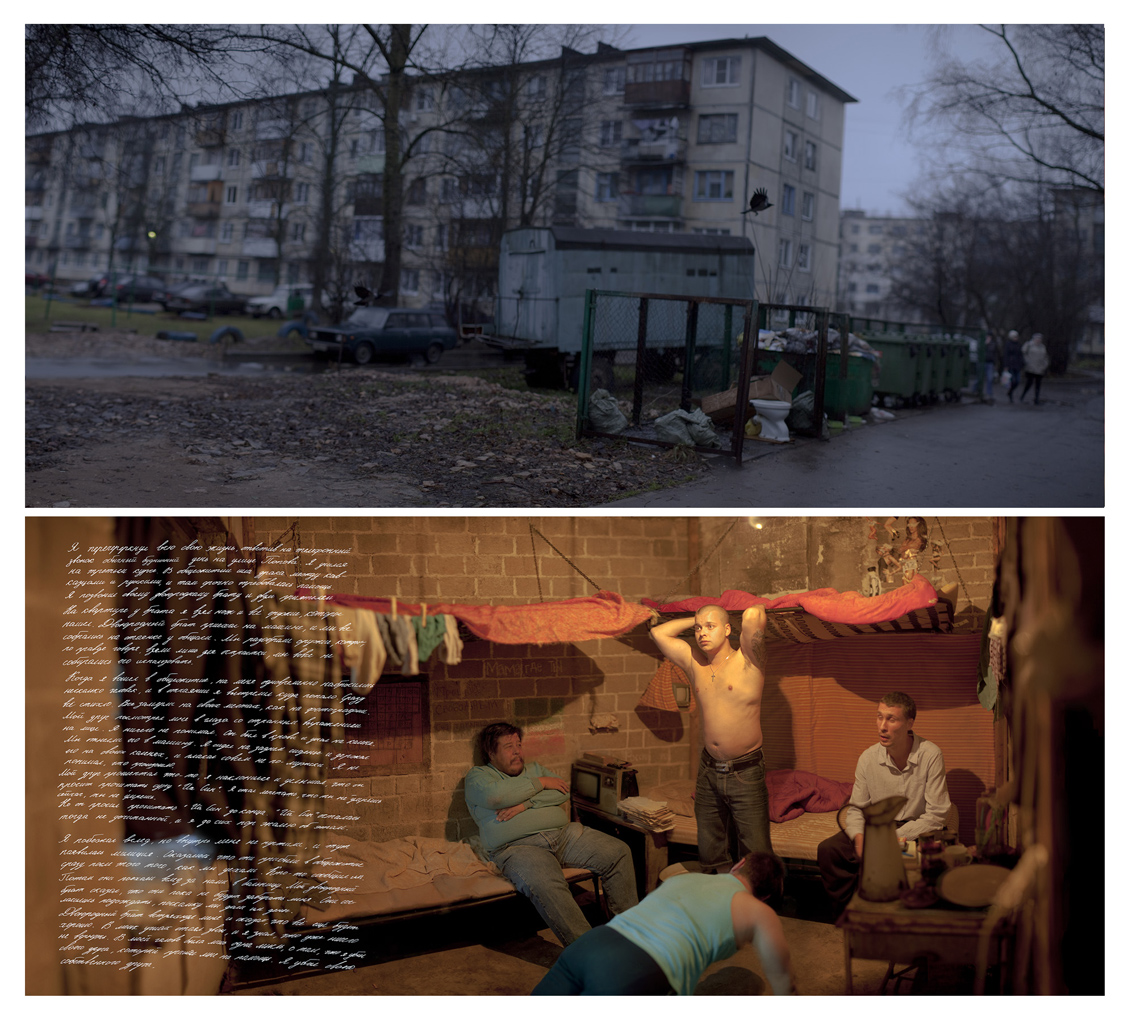 In Atlas of Emotions, Jari Silomäki investigates the turning points in the lives of people who post on internet discussion forums from behind their alter-ego screen names. Silomäki went deep into the archives of the internet, spending hundreds of hours searching for the writings of anonymous people from around the world. Silomäki strives to present some central strain in each writer’s life, and to repeat the feelings and events of the original post as accurately as possible. Silomäki edited the internet posts together into a manuscript and staged the authors’ homes in his studio, based on clues in the texts themselves. Actors then interpreted the reimagined scenes. The writings on the surface of the work are extracts from the lives of anonymous people, in their own native languages. Silomäki has blurred, altered, and edited some details to protect the identities of the writers. The work transports the viewer from the general to the specific and private: people’s fears, desires, and dreams. It is important to Silomäki to expand the concept of a documentary and to globally record events and emotions of our times.