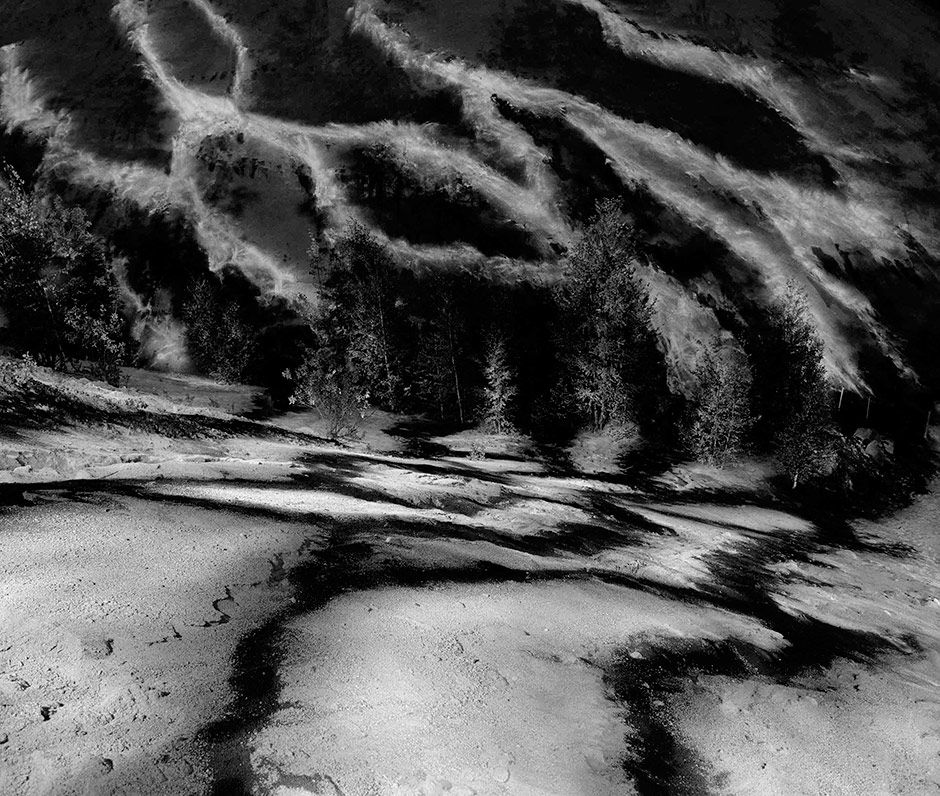 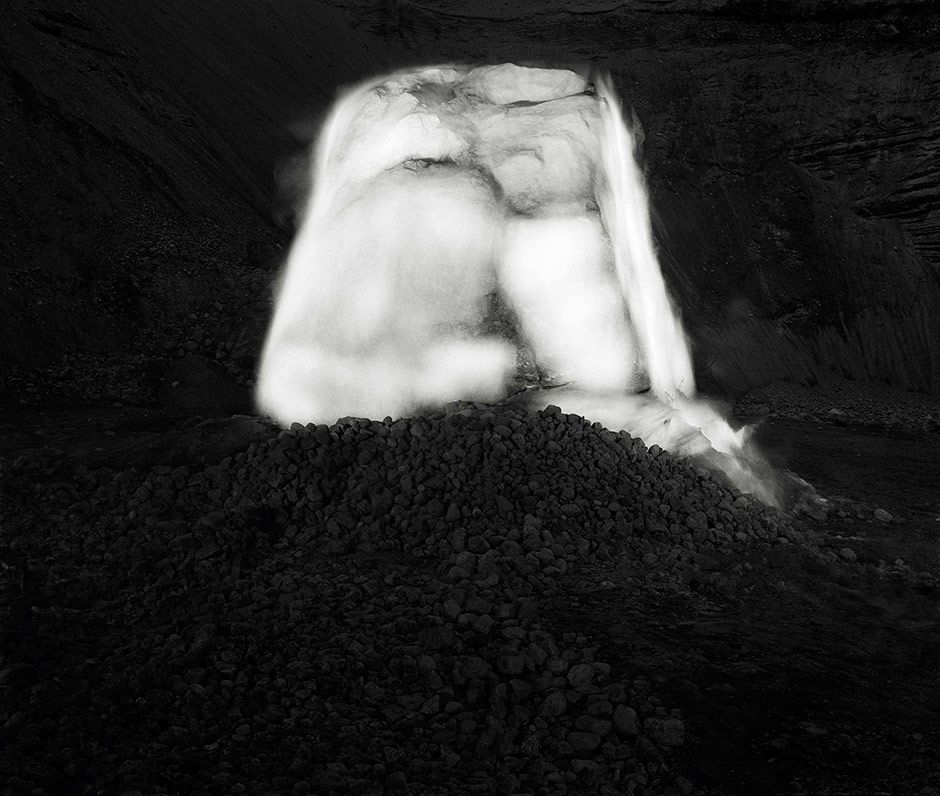 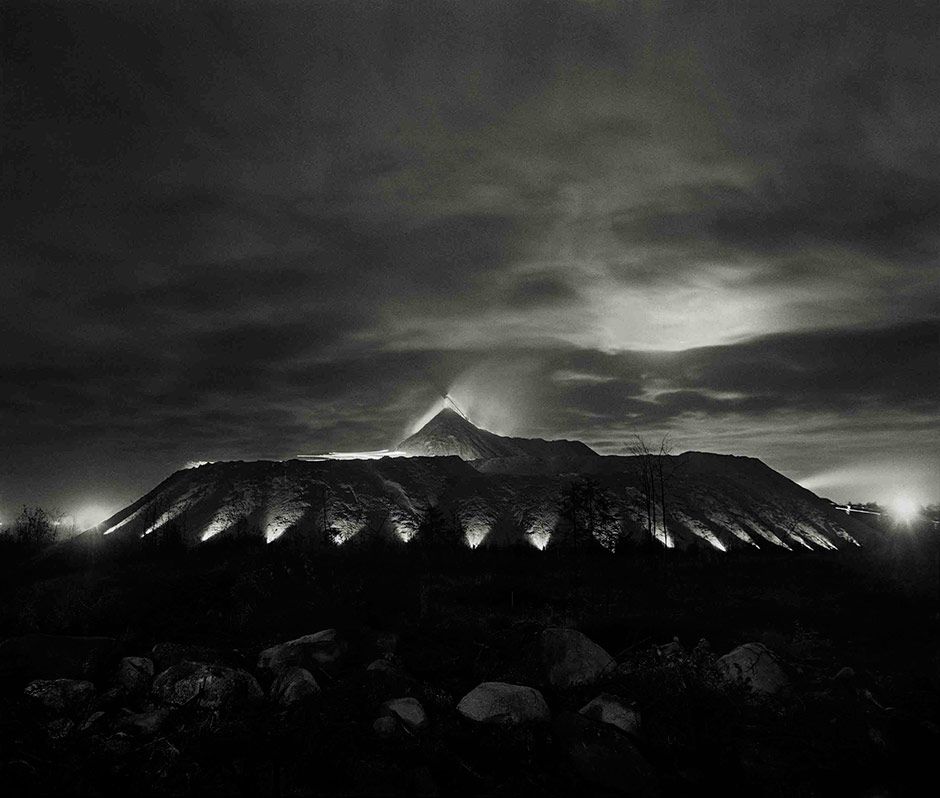 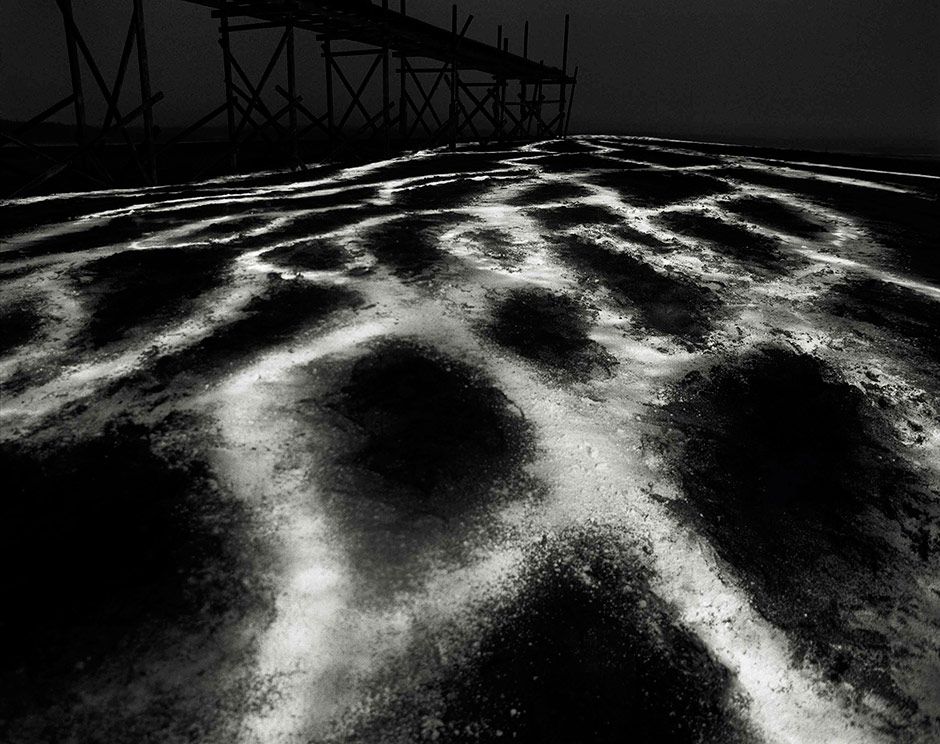 Maa (Earth)
For his Earth series, Parantainen employs his camera not only as a mere documentary but rather as a creational tool. He used different materials from milk through crushed chalkstone to light and fire in order to ‘paint’ on the negative while using long-time exposures to track and trace what was in front of the camera.