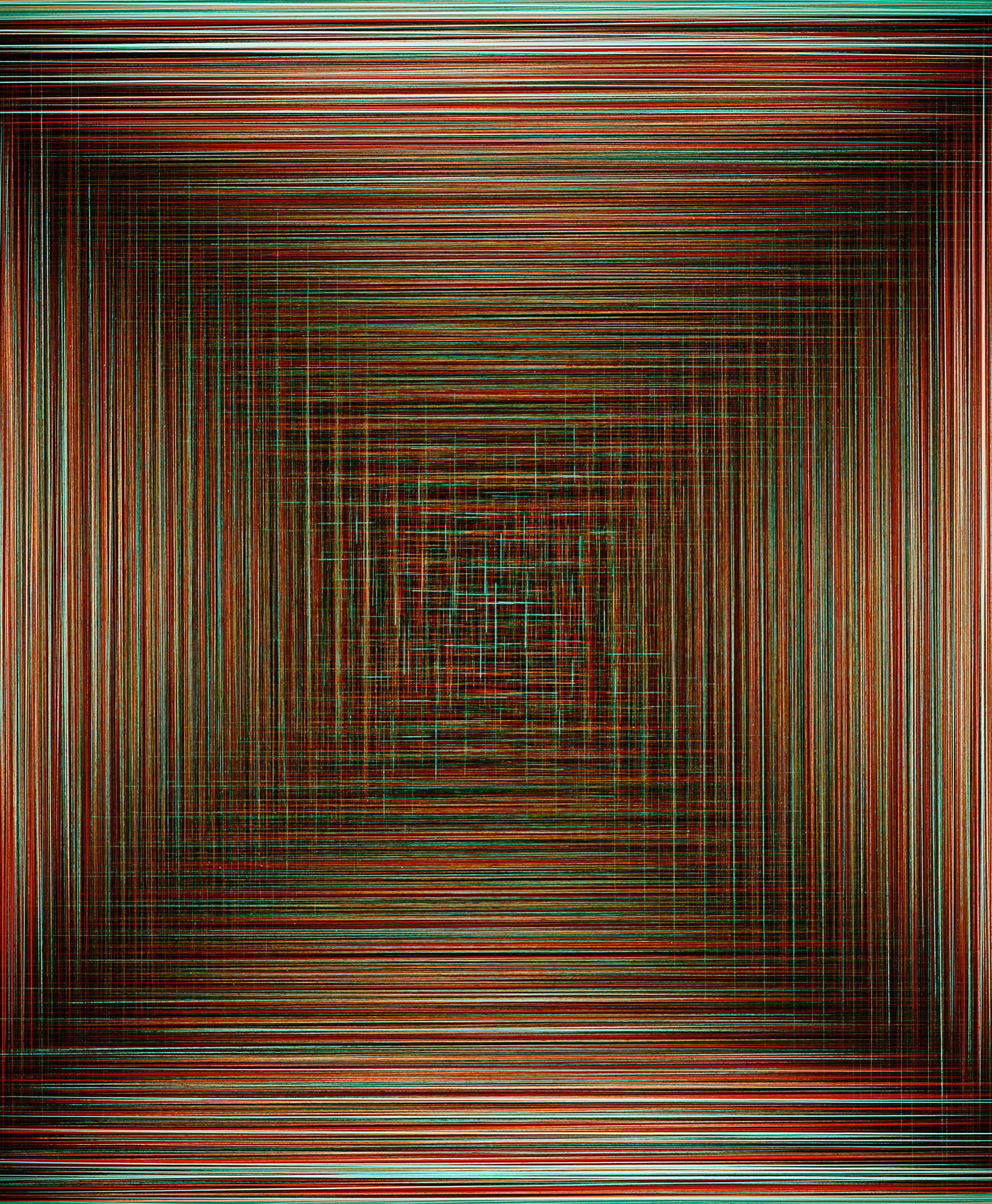 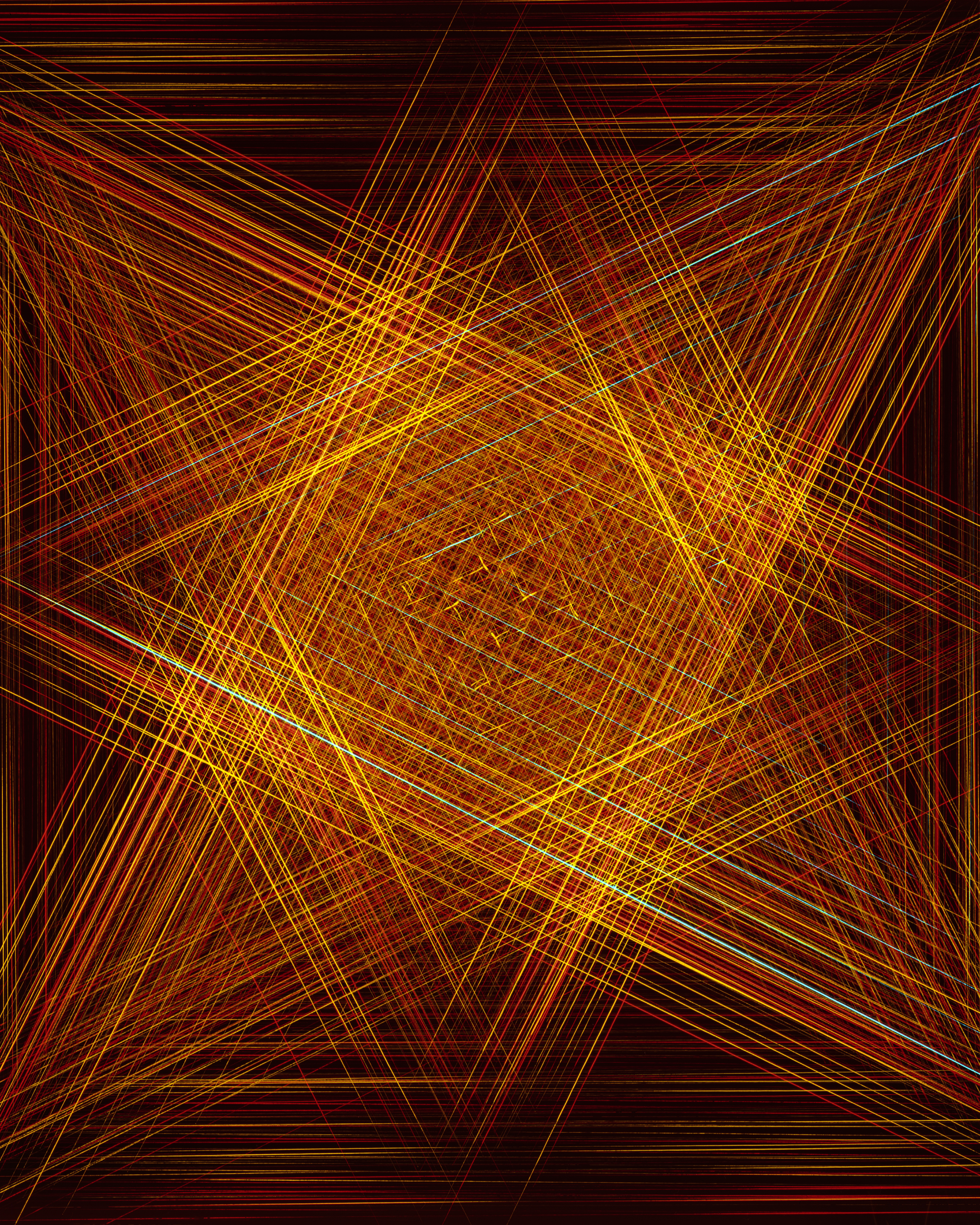 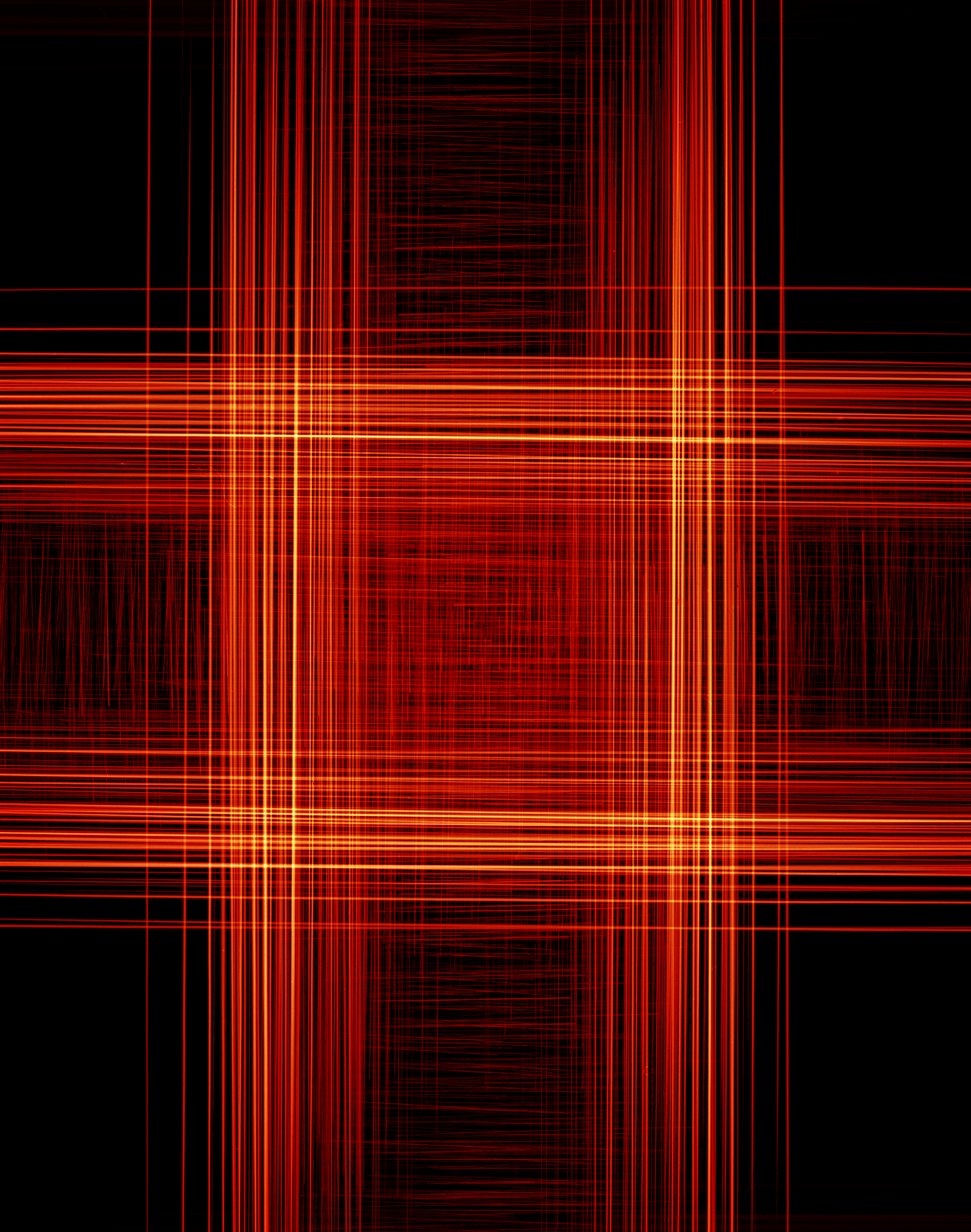 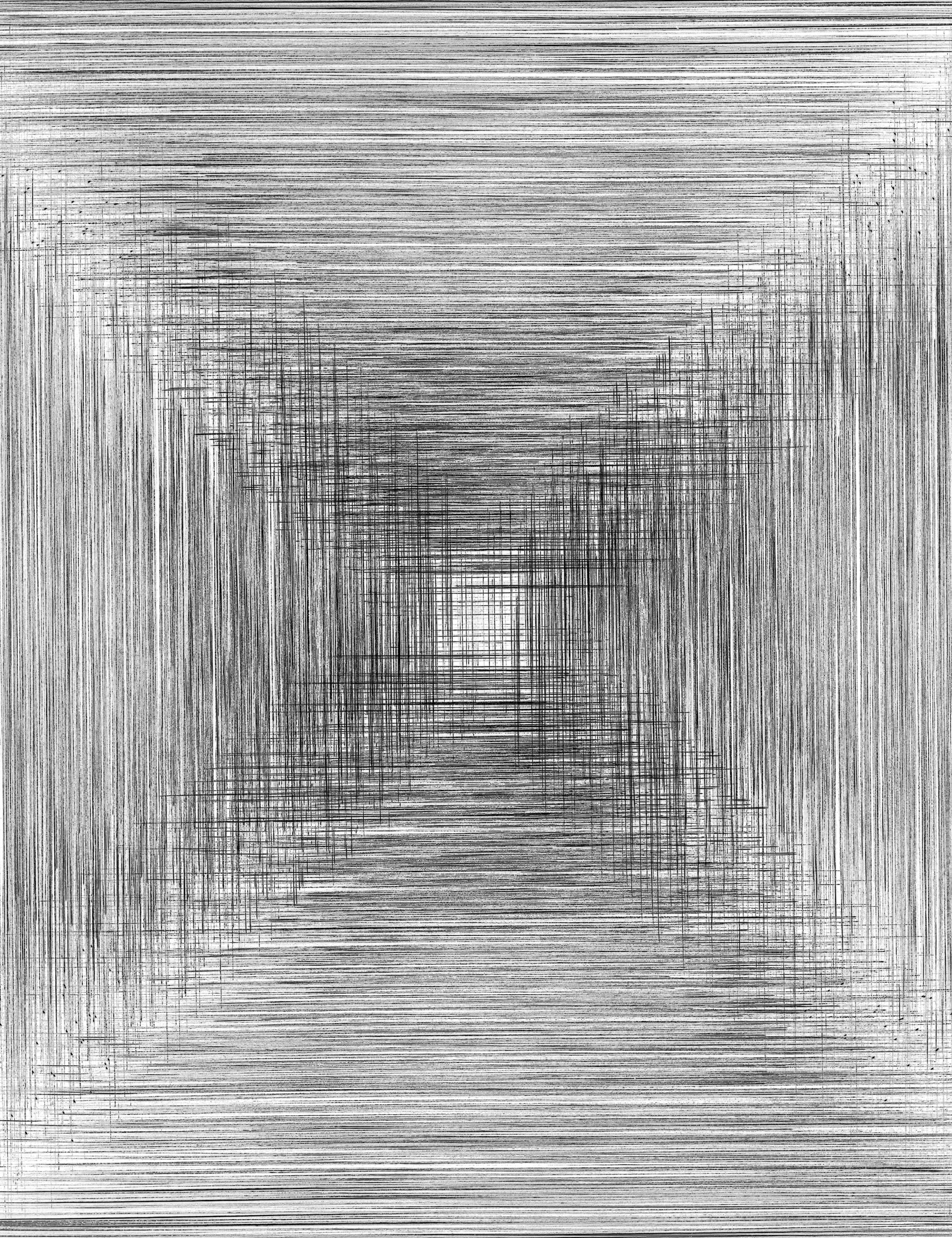 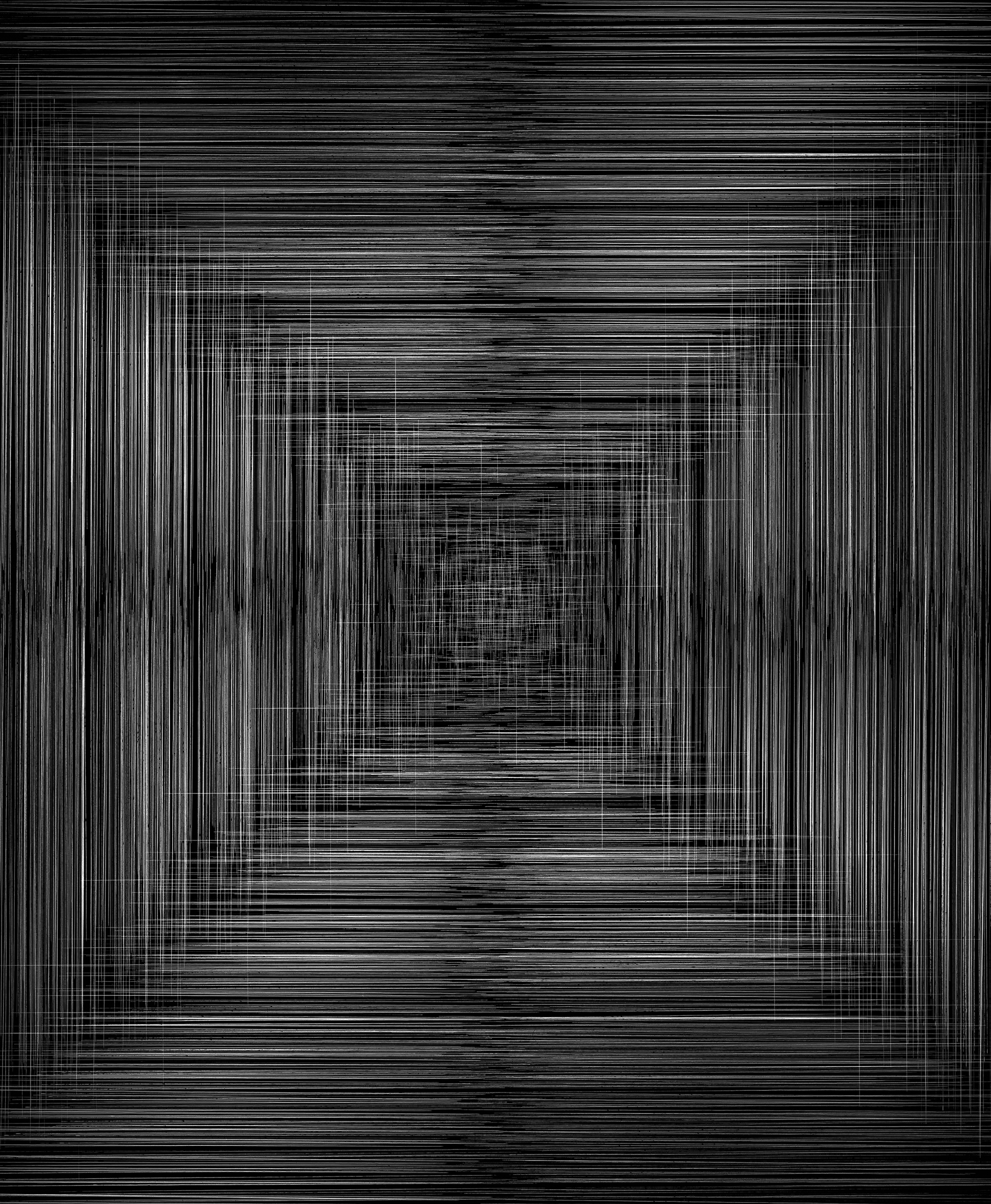 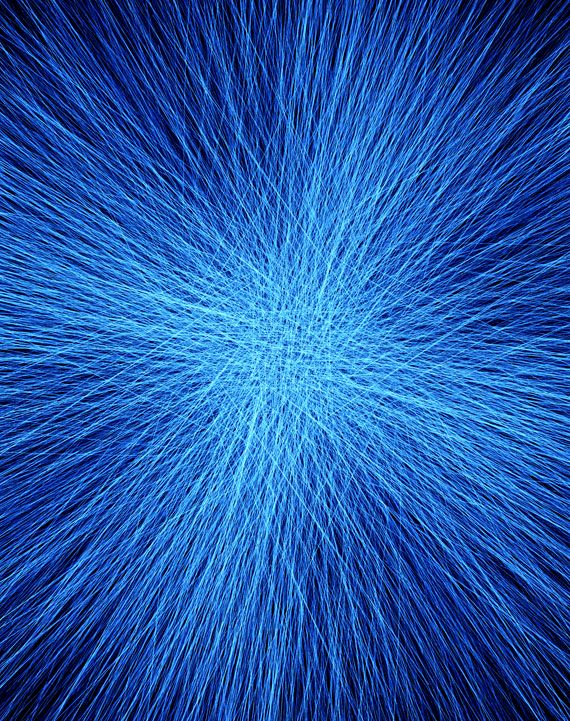 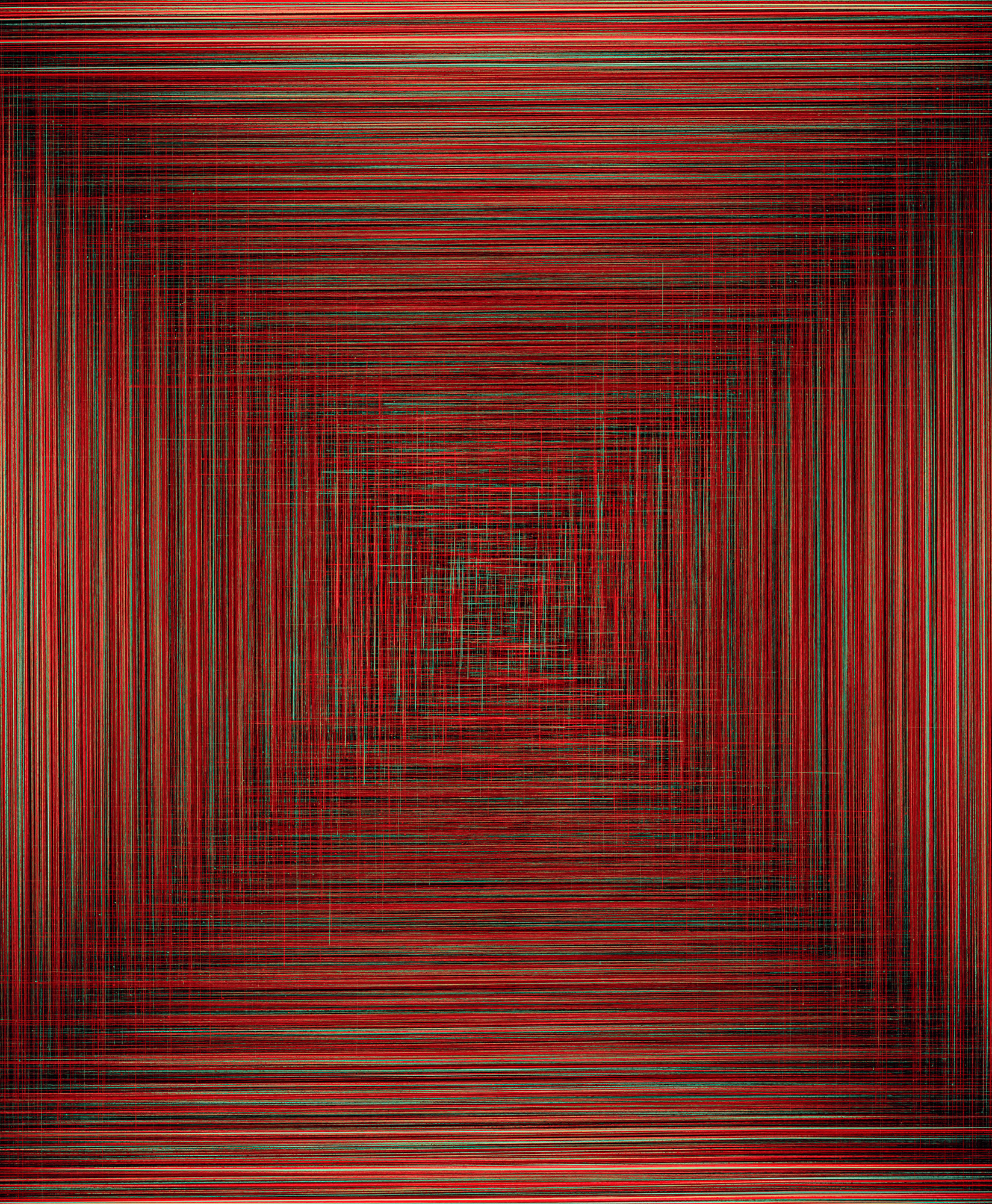 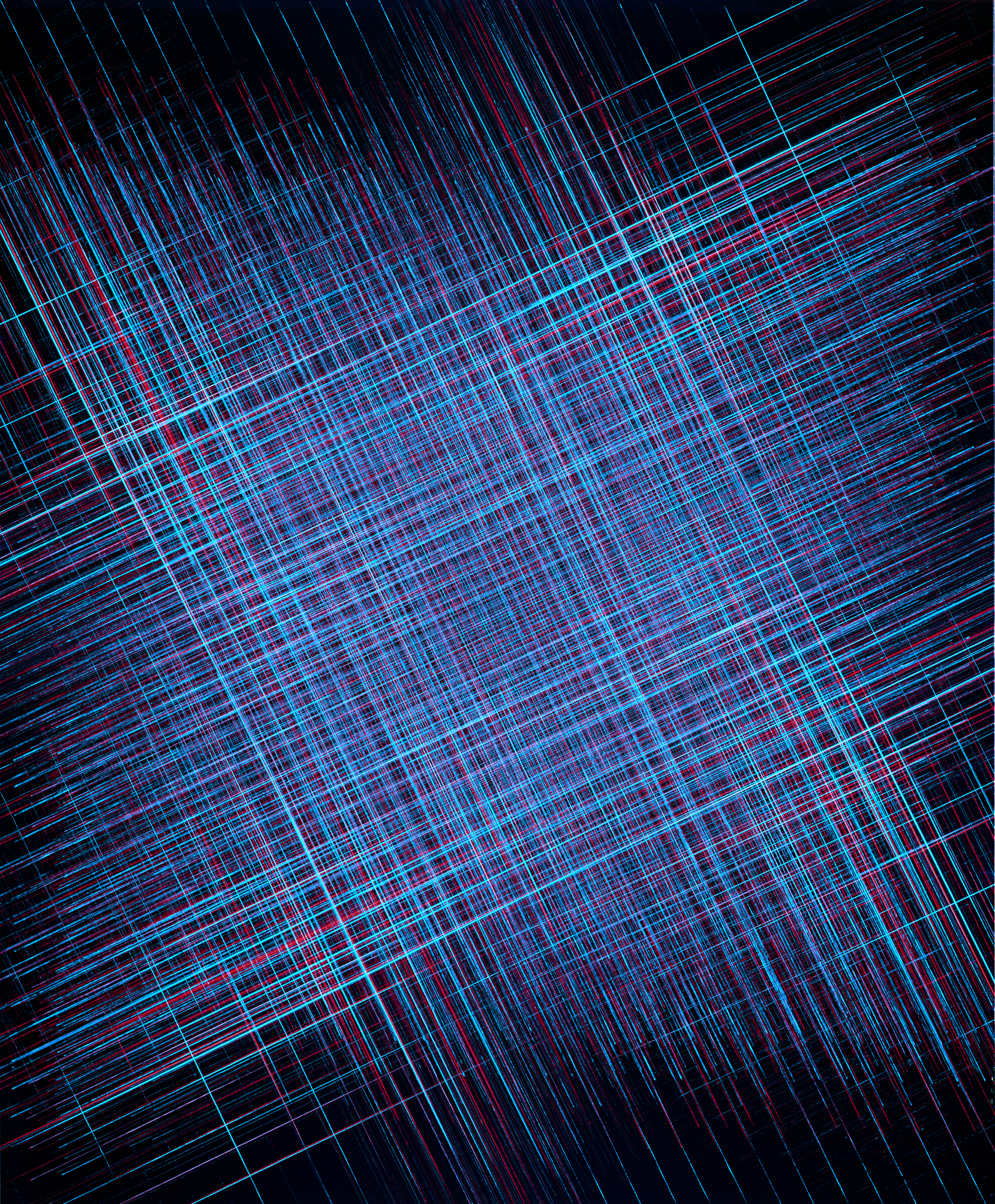 "I had in mind to create what a photograph cannot be. It can’t be abstract, and it must be connected to the past, because the present that it represents passes away quickly. But I thought it could be different. I wanted the photograph to have its own present, always open.”
Niko Luoma

In his Symmetrium series (2011) Niko Luoma focuses on the passage of time, space, order and color. Especially the works included in this series, with their thousands of organized straight and curved lines of colorful light, Luoma stretches the borders of how far the photo­graphic negative can be pushed in regards to information absorbed. These multiple exposures number into the thousands. The analog photograph Spira #4 (2010), for instance, was created in 9,600 multiple exposures. In the Symmetrium series Luoma uses light, as a painter would layer colors, in developing the depth behind the surface of the image. Combined they leave the viewer with the sensation that the photograph is actually pulsating. It is no longer just a picture, but a blueprint for a process of thinking.

The composer Philip Glass once remarked that "music was a place and that once you have been there you could always find your way back.” The same could be said for Luoma’s photographs. Each work is a world of its own, one that shares a mutual language in the event of its own becoming. There is no one way of per­ceiving these pictures since they can begin anywhere and have no ending. They are system-based experiments where the negative becomes a record for its own realization.

The impression of depth and three dimensionality in the Symmetrium series, Luoma points out, is always more of the result of chance than aim. The starting point or the plan and idea of each work is based on two-dimensionality, on height and length. Through these linear intersections Luoma creates the illusion of depth based on repetition. Thereby, the exact number of exposures is meaningful in connection to the composition. In each work of the Symmetrium series each individual line appears four times in each piece. That means, when Luoma exposed one line onto the negative, he exposed it there four times – symmetrically on top, bottom, left, and right. Yet, because he worked with the standard space of a four-by-five inch negative and the symmetrical even space of a square, some lines only hit onto the negative twice instead of four times. Due to the symmetrical composition around the number four and the four sides of the negative, the works are centrally balanced and are therefore more or less free from the gravitational direction. They can be installed either vertically, horizontally, or even diagonally depending on the space in which they will be hung.