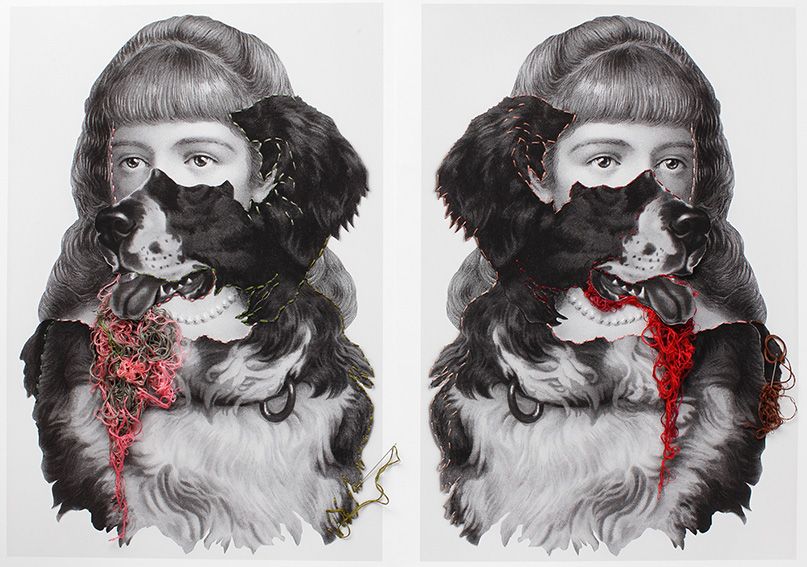 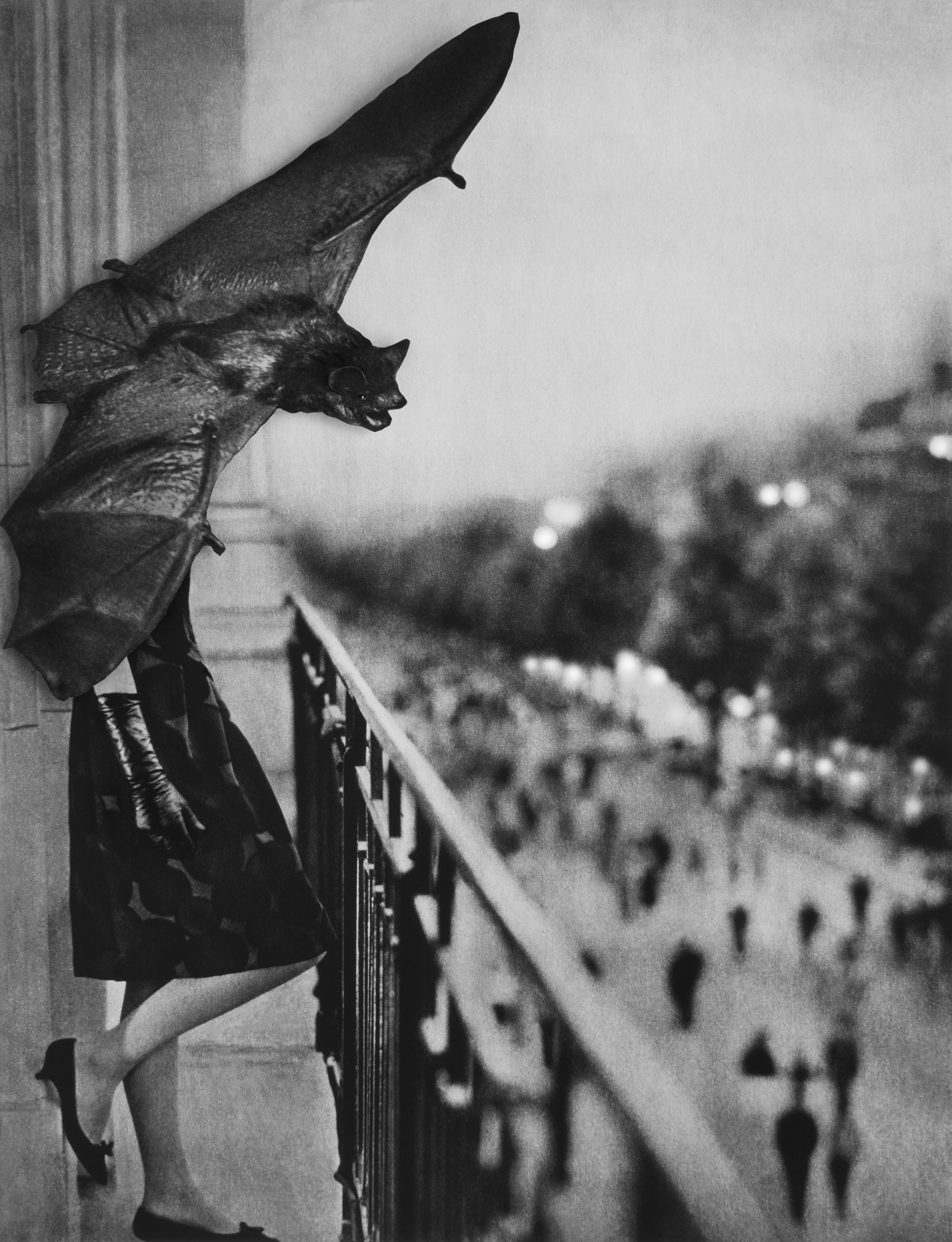 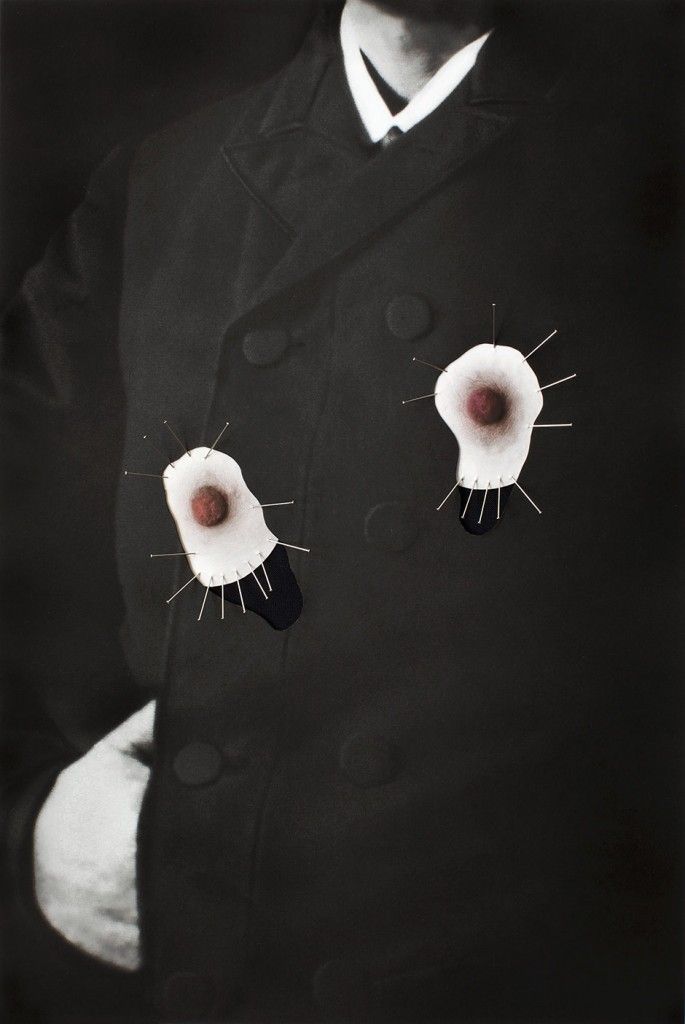 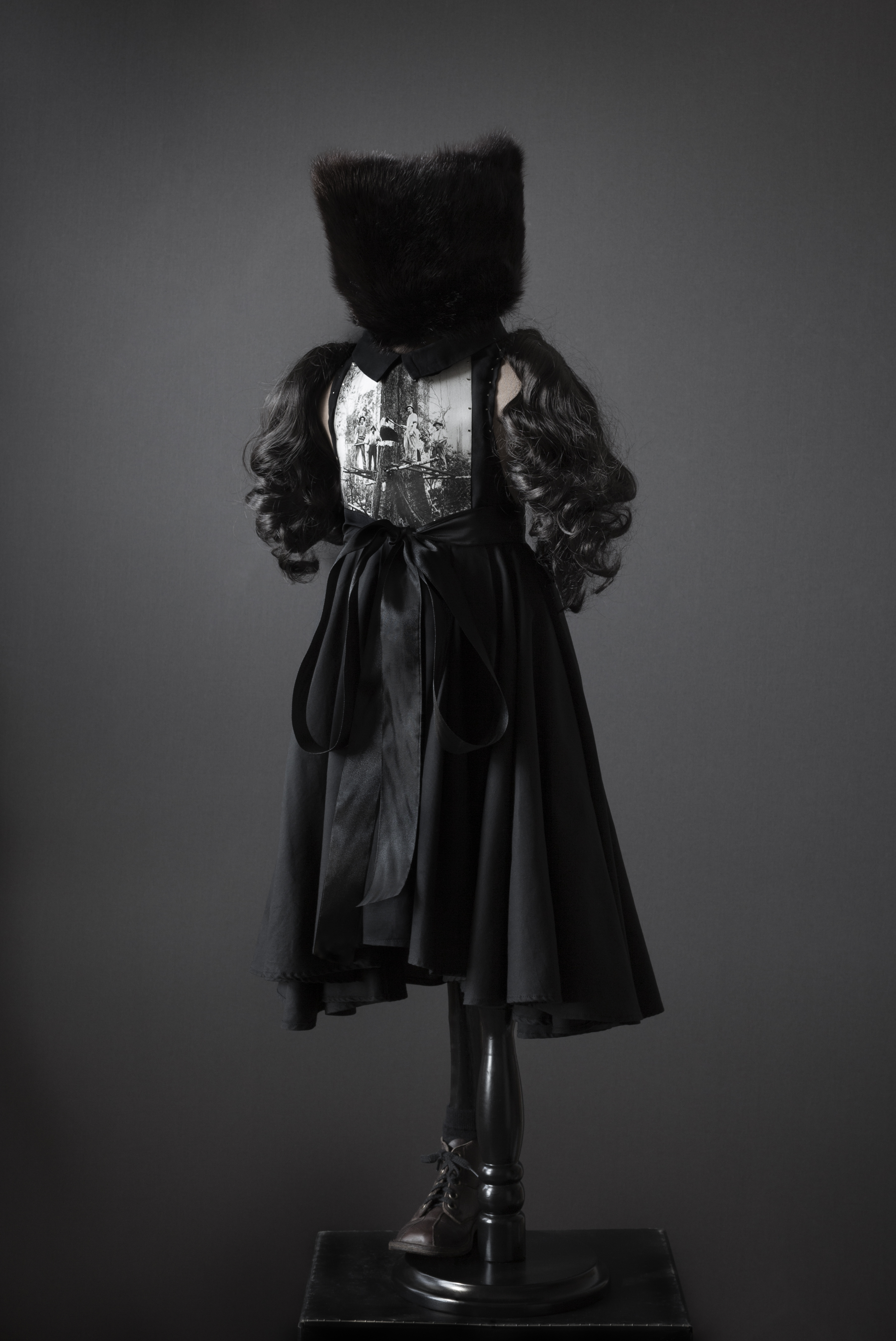 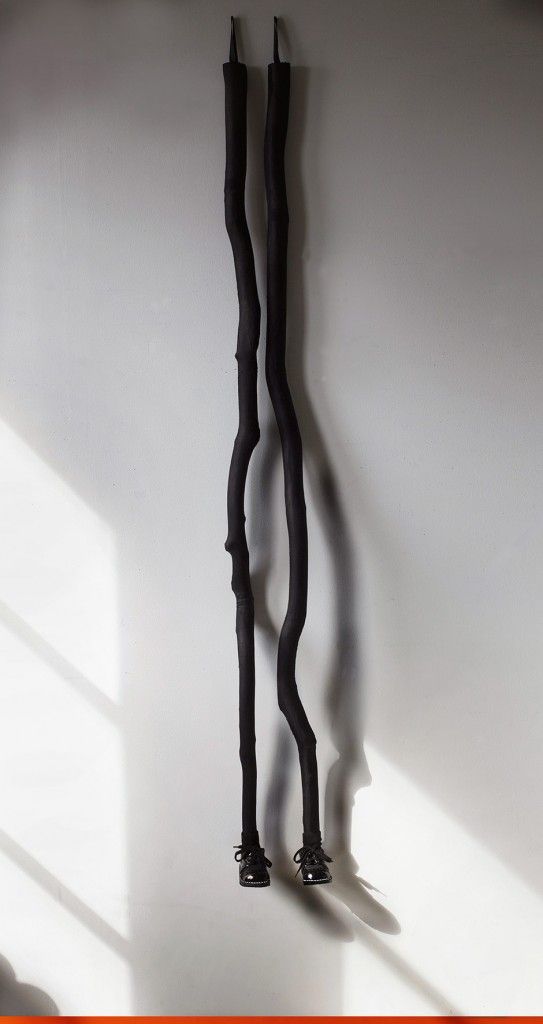 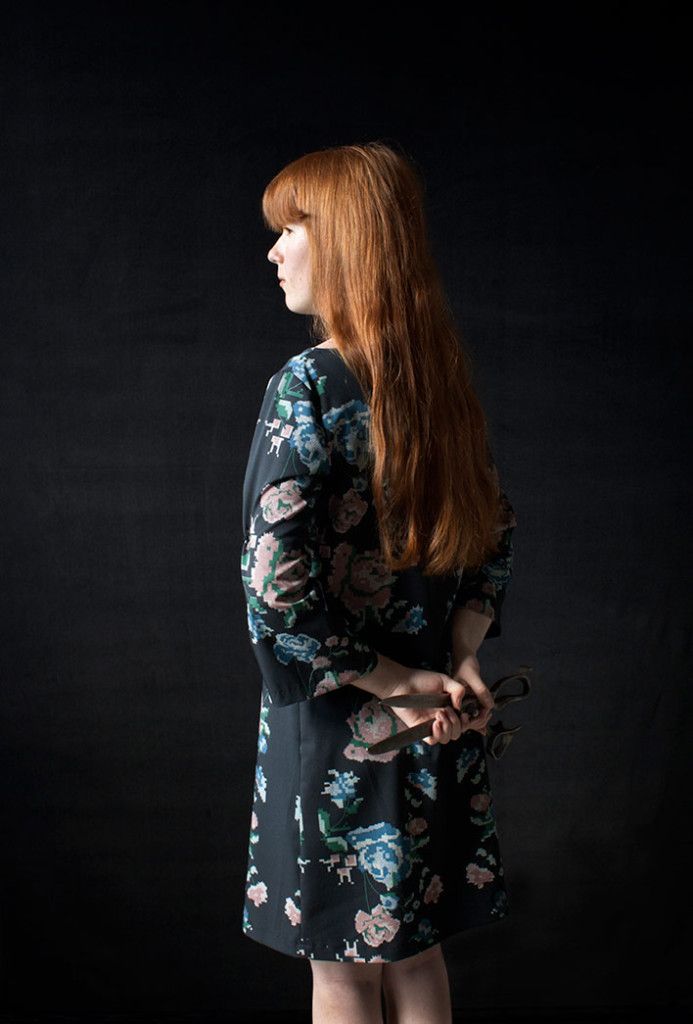 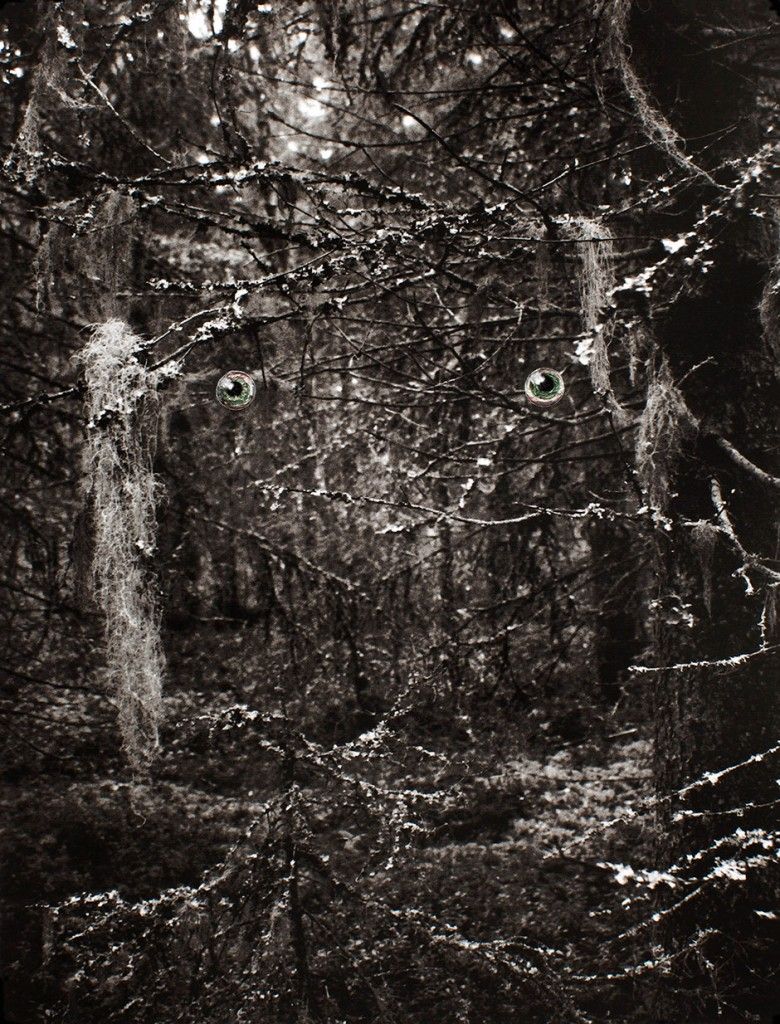 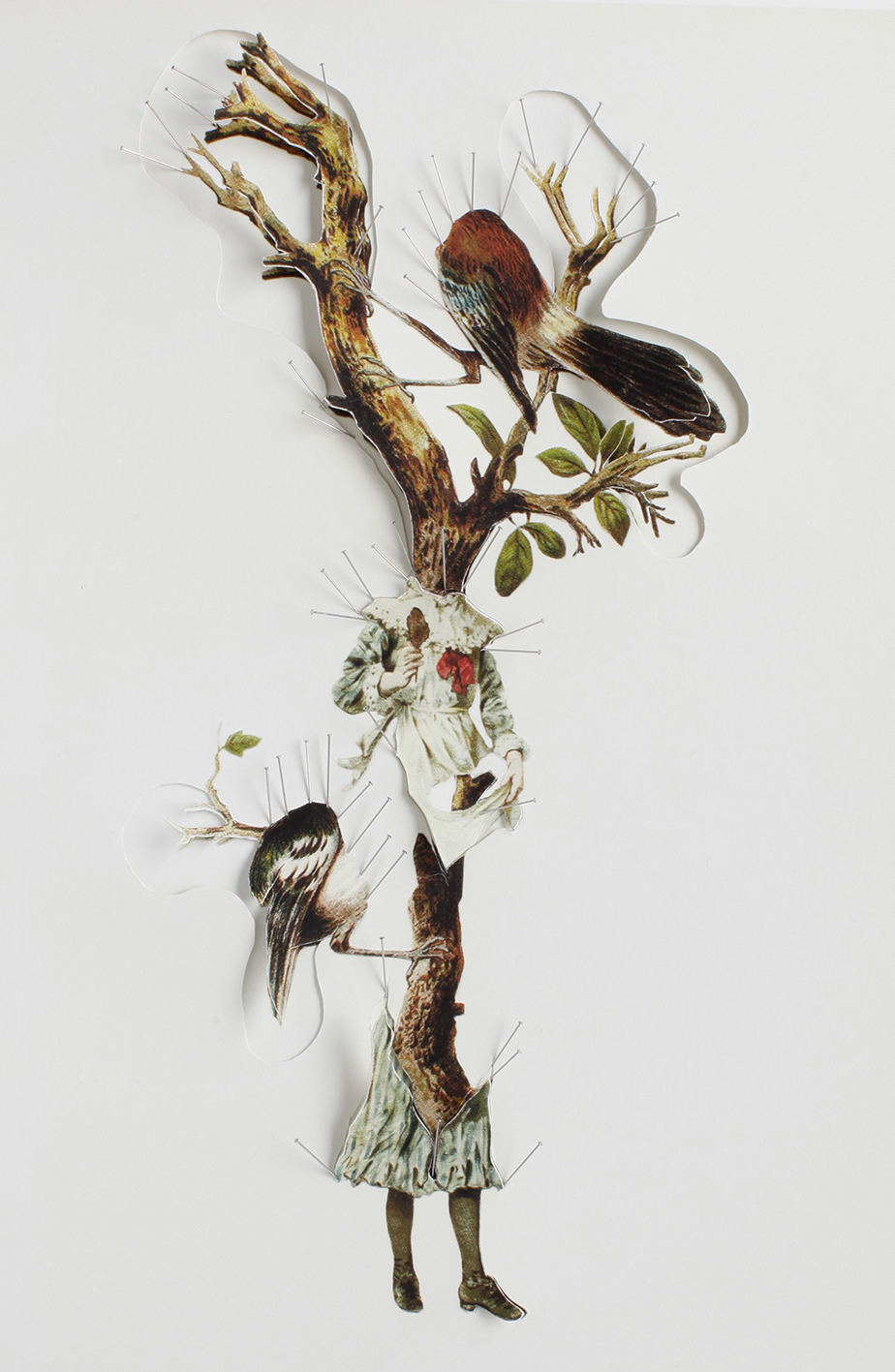 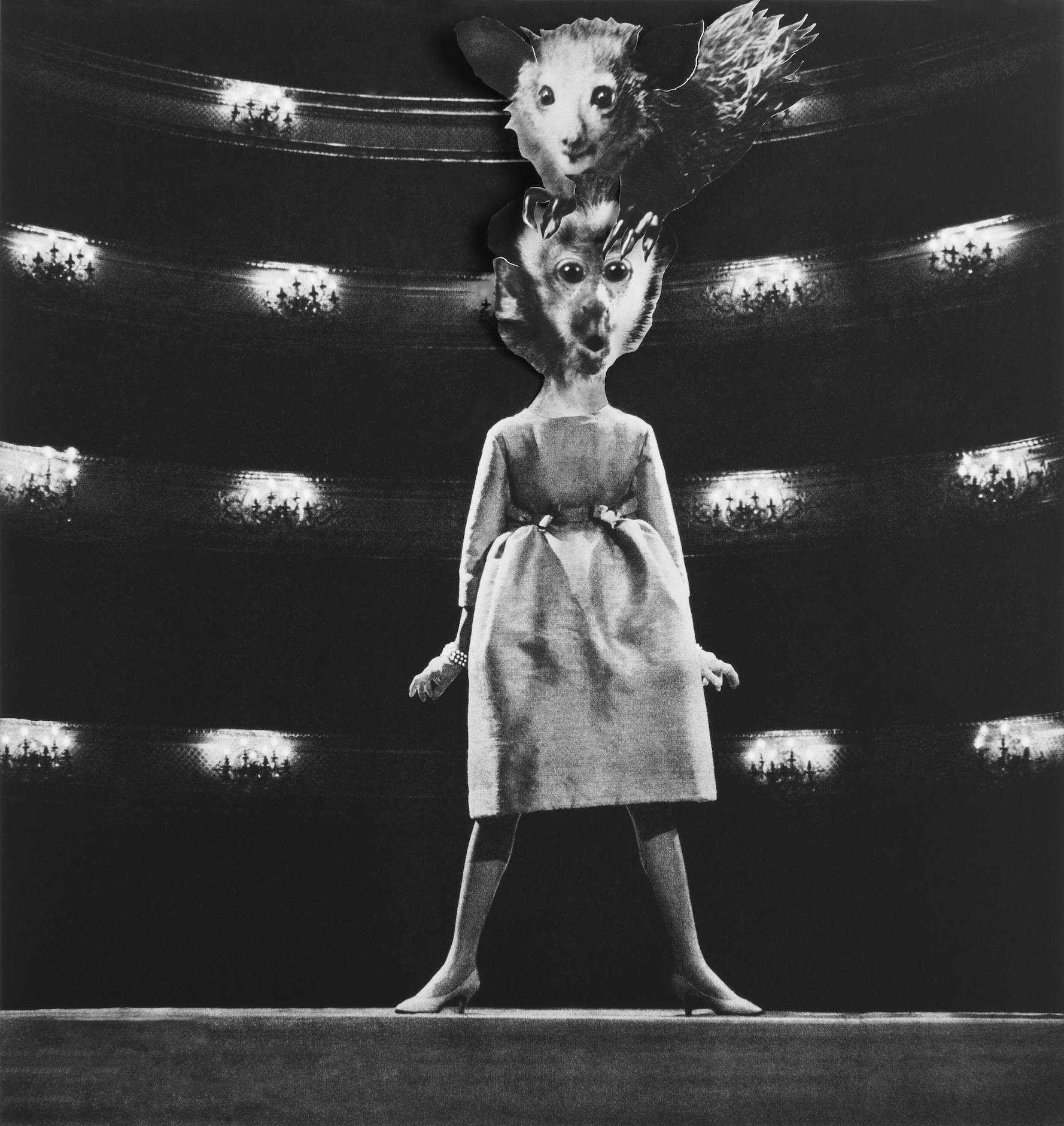 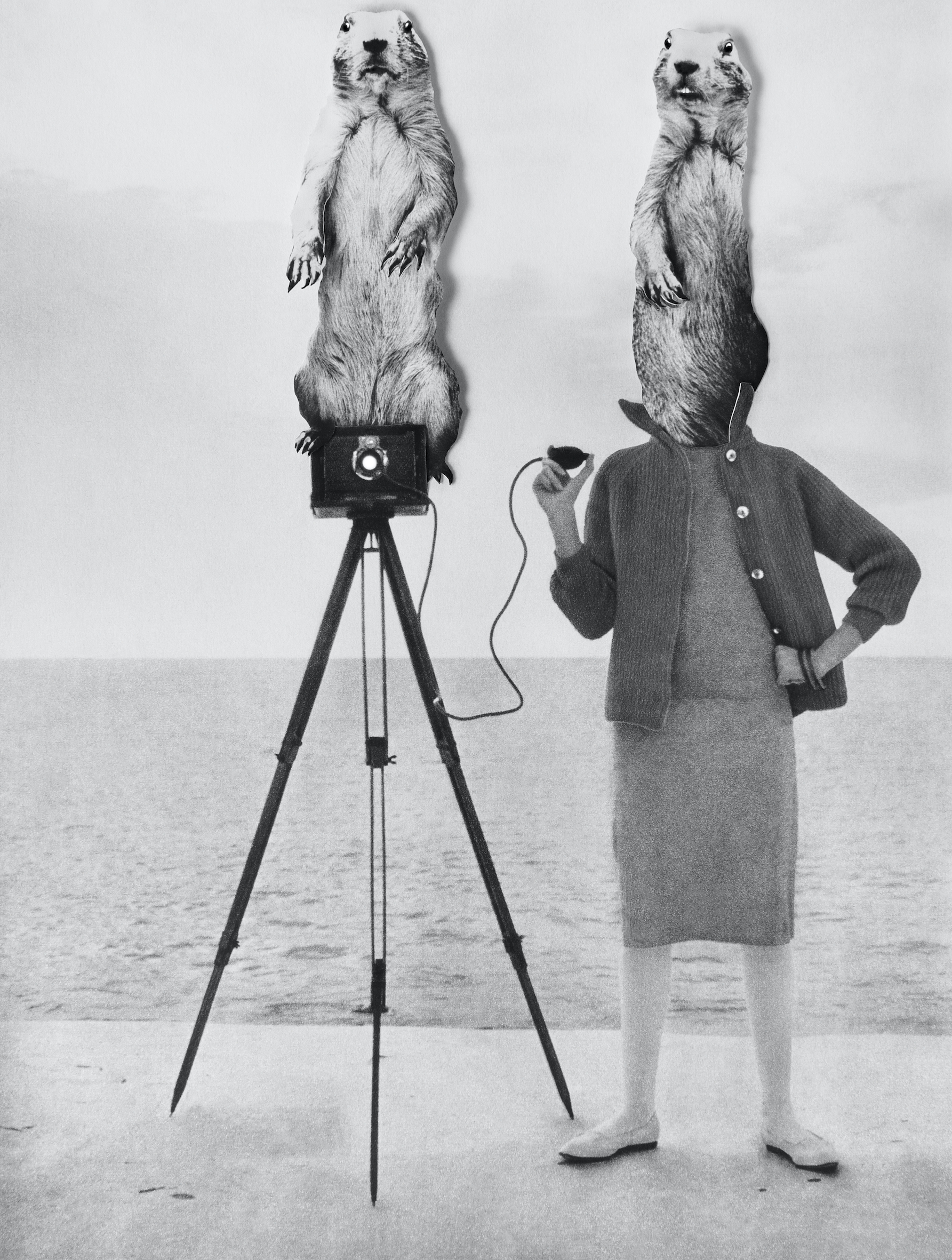 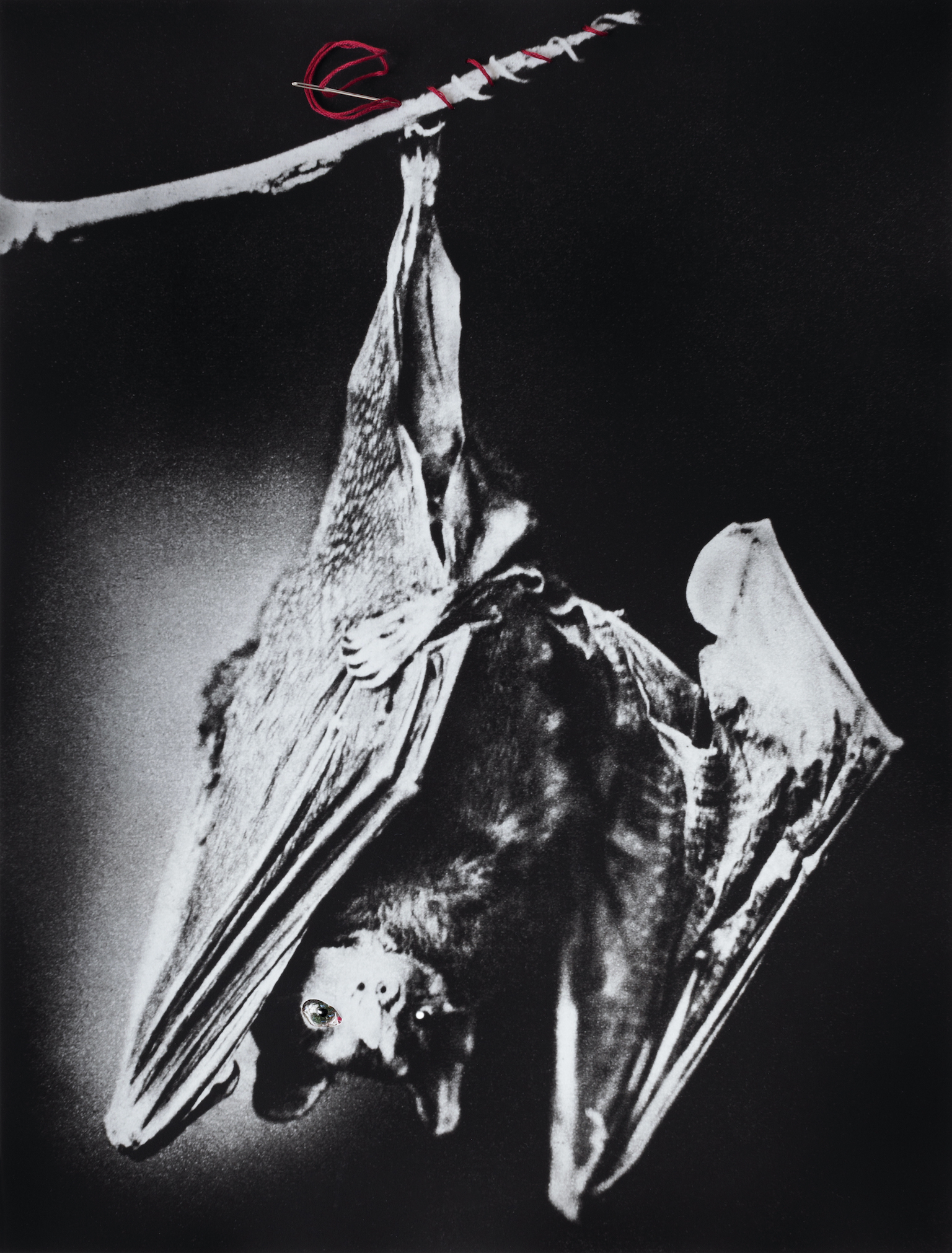 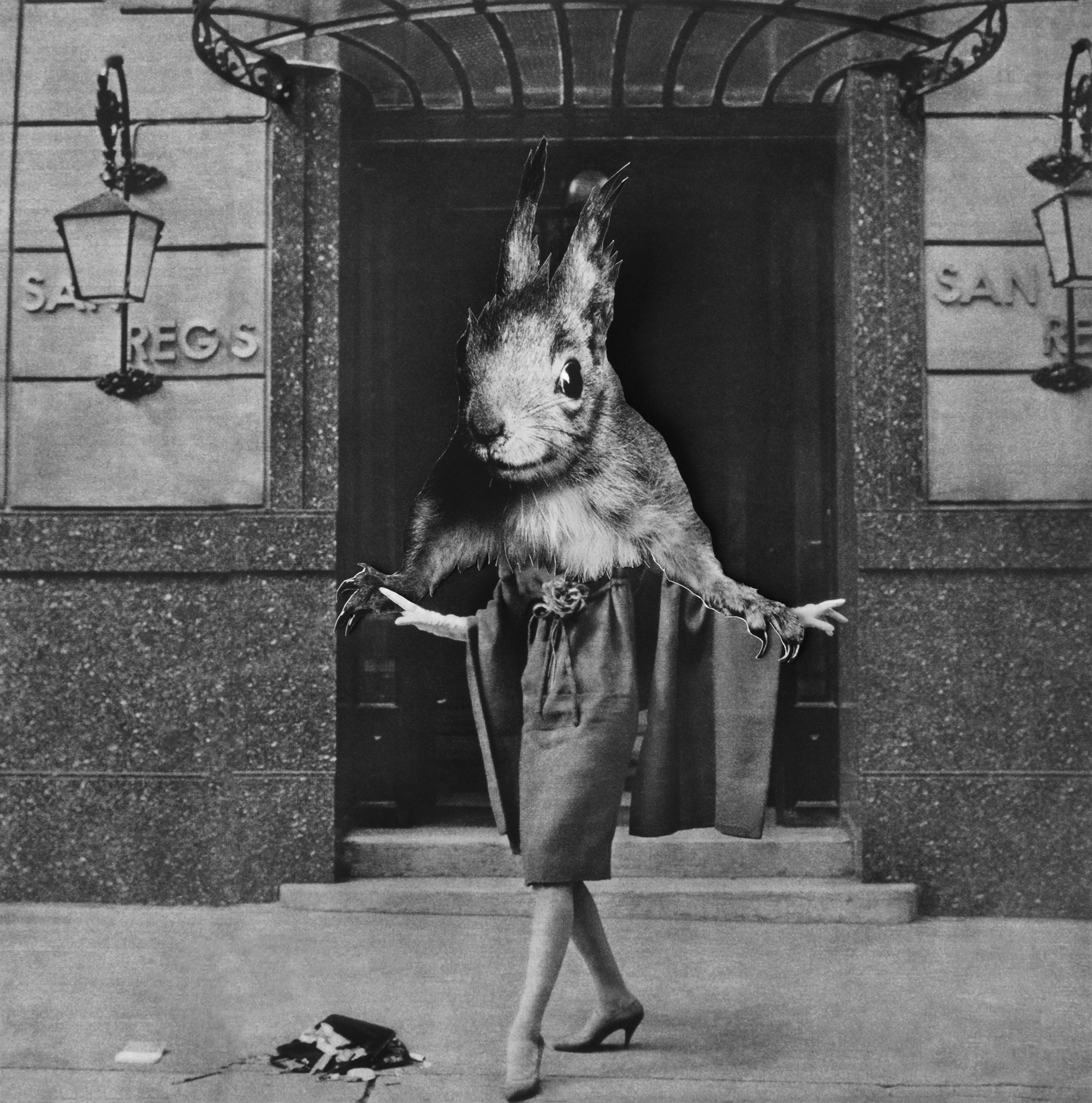 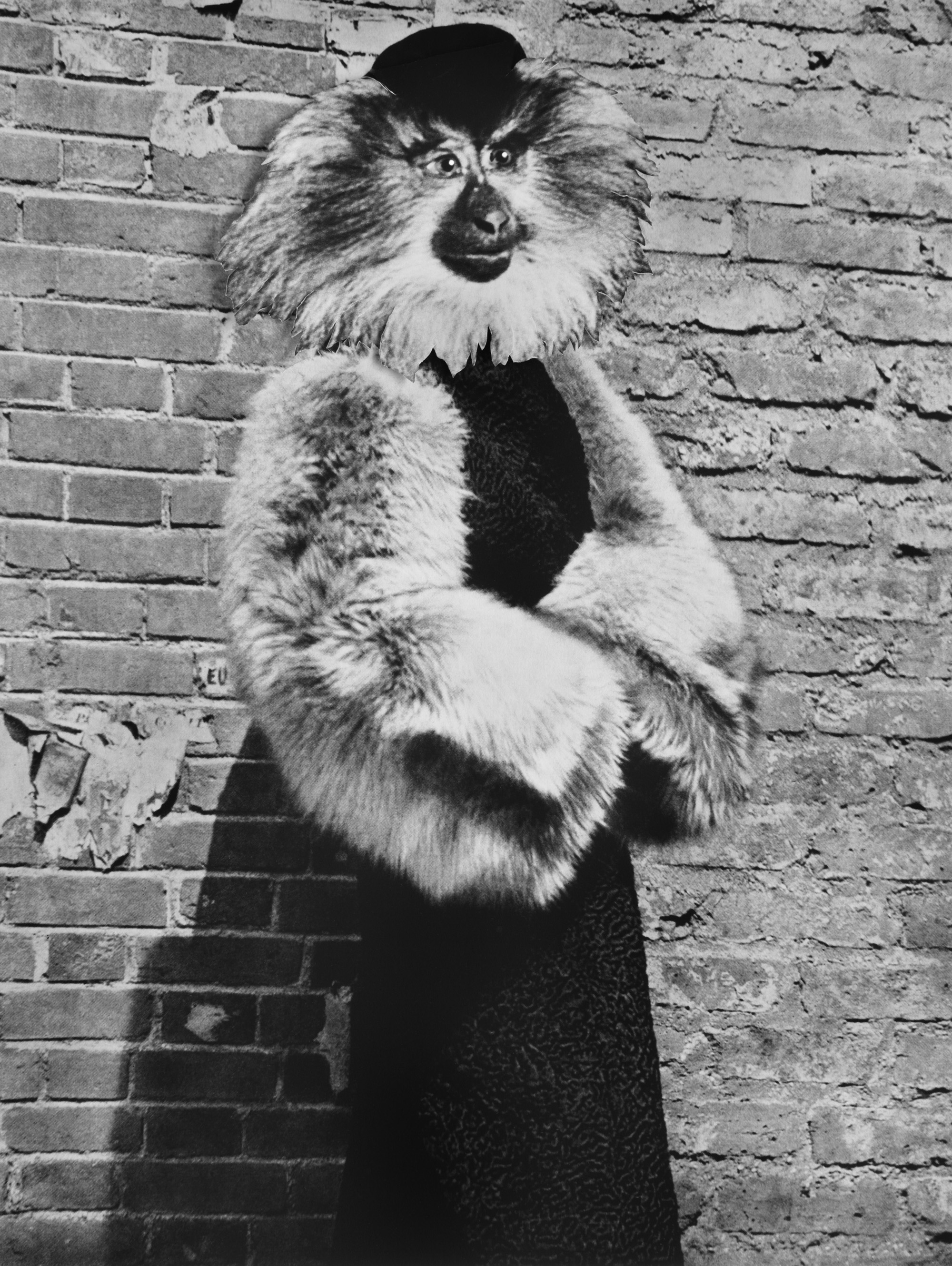 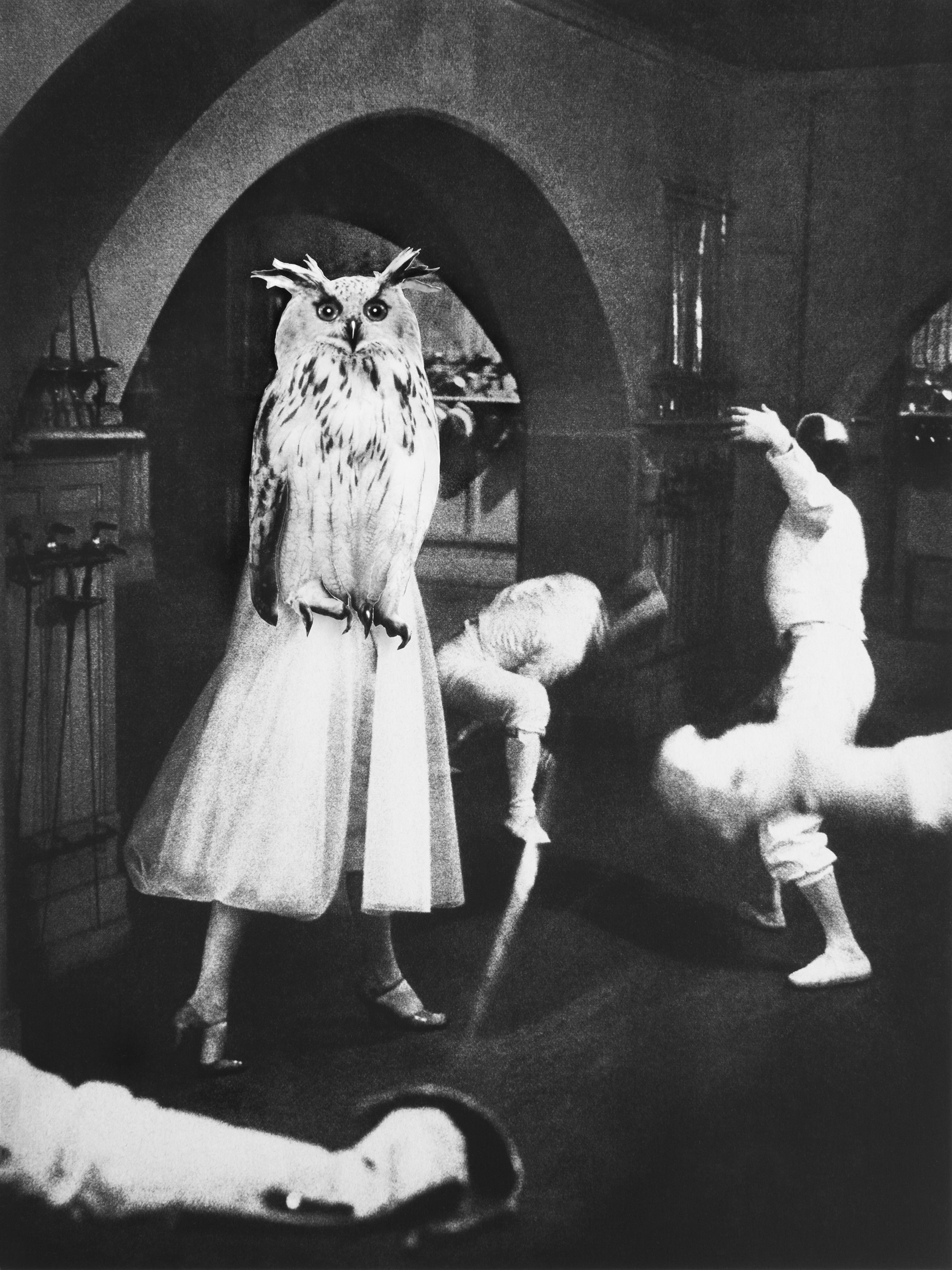 Ulla Jokisalo has creatively challenged how society portrays stereotypes throughout her illustrious career. Her weapons of choice are needles, pins and thread, combined with an assemblage of cutout images originating from women’s magazines her mother would bring her as a child, as presents from abroad. These periodicals would eventually serve her as reminders of the impossible role models both women and men were expected to strive for, molding the raw material she would eventually draw upon. Jokisalo also uses her childhood photos as another vehicle of choice. She constructs these unique pieces by sewing her own memories into the selected images as a means to create her own world of understanding.

Her illustrated one-of-a-kind books are small collage-like creations that mix photo-based images with drawings and watercolors. These illustrations blend and bend her fantasies in her own sense of storytelling, making for a compelling narrative that is arranged to unfold much like an accordion does. All together, they form a lifelong commitment to an inner self-reflection that reinterprets gender and focuses on her unparalleled use of materials, to find and express her own voice.

Jokisalo’s process in the making of these pieces is as equally important as the final result. Her method is slow and deliberate, carefully handcrafted and precise. Jokisalo’s approach is similar to that of Louise Bourgeois in how she conceptualizes what it means for a woman to be the subject, as opposed to the object in art.

Walking into her studio feels as though you have been transported back in time. Orderly archived, it’s filled with her collected objects, sitting on and in shelves, ready to be used, as if they were the words expanding her creative language. Elongated branches peeled of their bark, stand naked against the walls waiting to be wrapped in black silk and fitted with a small child’s shoe. Other walls are lined with cupboards, each with labeled boxes, filled with the essential elements she has collected throughout her life. The room in itself is a huge collage waiting to be assembled. A Patti Smith picture hangs to one side of the studio reminding us of another era, one in which Ulla Jokisalo found her initial footing. It’s all there for the viewing. But the key to unlock those personalized mysteries can be found in the eyes. Interchanging her own, her mother’s and grandmother’s, the windows to their souls, she passes those family secrets from one generation to another.