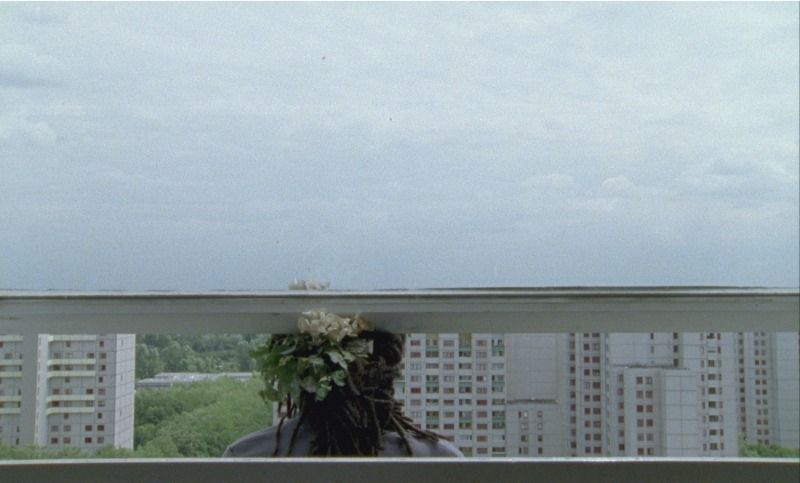 Long Sorrow is an enigmatic record of a performance by the American jazz saxophonist Jemeel Moondoc, a representative of the improvisational style. He played his instrument while suspended outside the window in dizzying heights of an empty apartment on the top-floor of the first West German large prefabricated building. It was built as a new concept for social architecture between 1965 and 1974 and is located in Märkisches Viertel in Berlin, close to where the wall used to be. Its construction started immediately after the isolation of West Berlin. Having to accommodate scores of people within a limited space, the western part of the city took bold measures to respond to a sudden housing shortage crisis. The building was nicknamed by its inhabitants "Langer Jammer" ("Long Sorrow"). The name became the work title for Sala's partly documentary, partly metaphorical video. Rather than a narrative, Long Sorrow is a particular arrangement of tinted situations, colored by moments of tension, gestures and music. Placing Moondoc on suspension, it enhances our experience of place and sound of his music. The long building appears alongside the musician as a second character in this surreal setting where its performance becomes an extension of the sorrows of the architecture.