Sending you Kisses under the Big Tree, 2022
Archival pigment print on rectangular aluminum tubing
150 x 220 x 8 cm
Edition of 5
Jussi Nahkuri is an artist working with time conceptually rather than strictly documenting the world around him. His approach is inspired by the theories of French philosopher Henri Bergson, who is majorly known for his elaborations regarding the significance of immediate experience and intuition in order to understand time.
Chance also contributes to Nahkuri’s art: For this piece he took hundreds of photographs in intervals of 10 milliseconds; the differences between the photos were due to unpredictable and natural changes in the landscape. Nahkuri sees himself in a subordinate role, seemingly facilitating the final product – a working method that links him to artists such as Gerhard Richter or Jackson Pollock. The artist enjoys such abstraction; The pieces, which resemble the linear quality of a pencil drawing rather than a photo, are his own ‘secret language’ coded just for him. 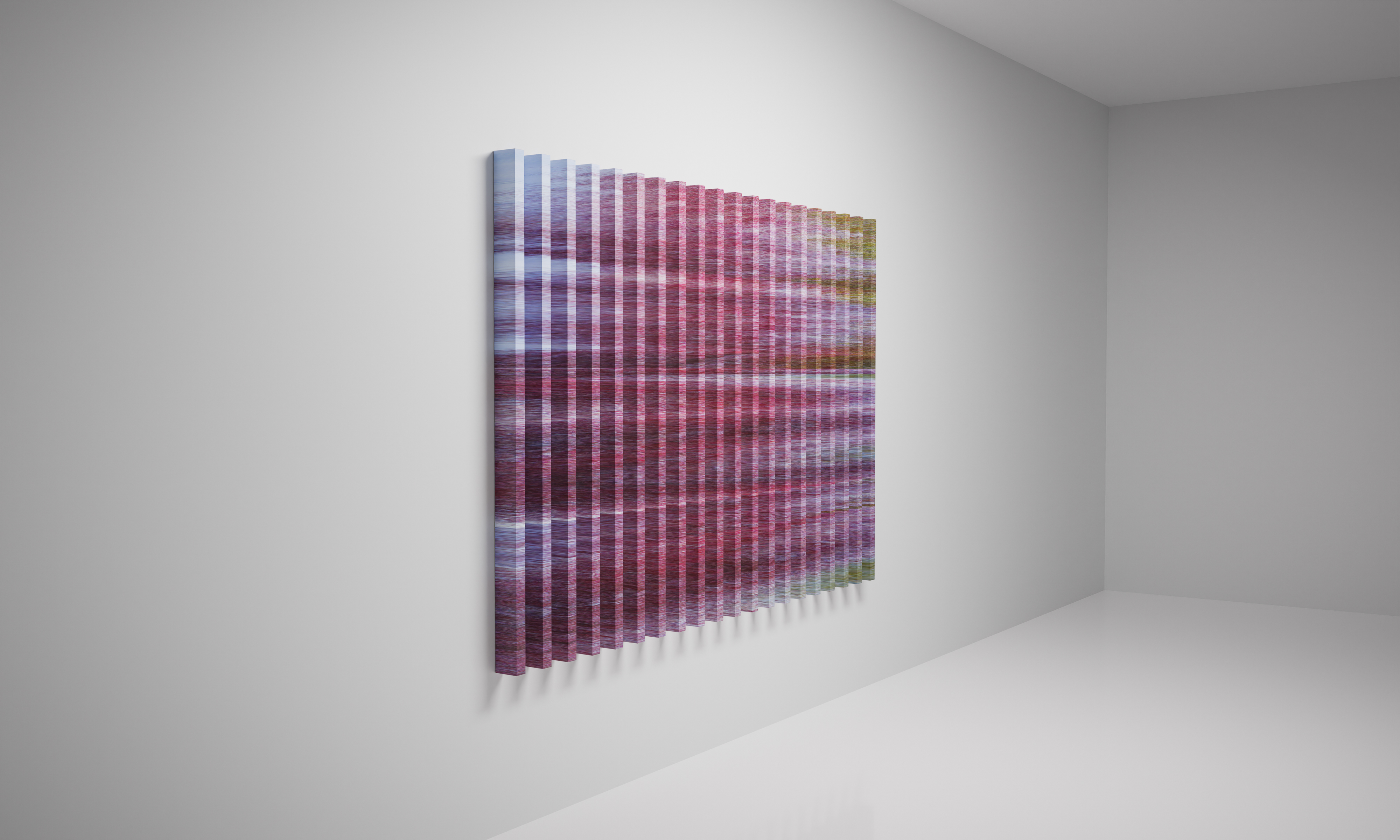 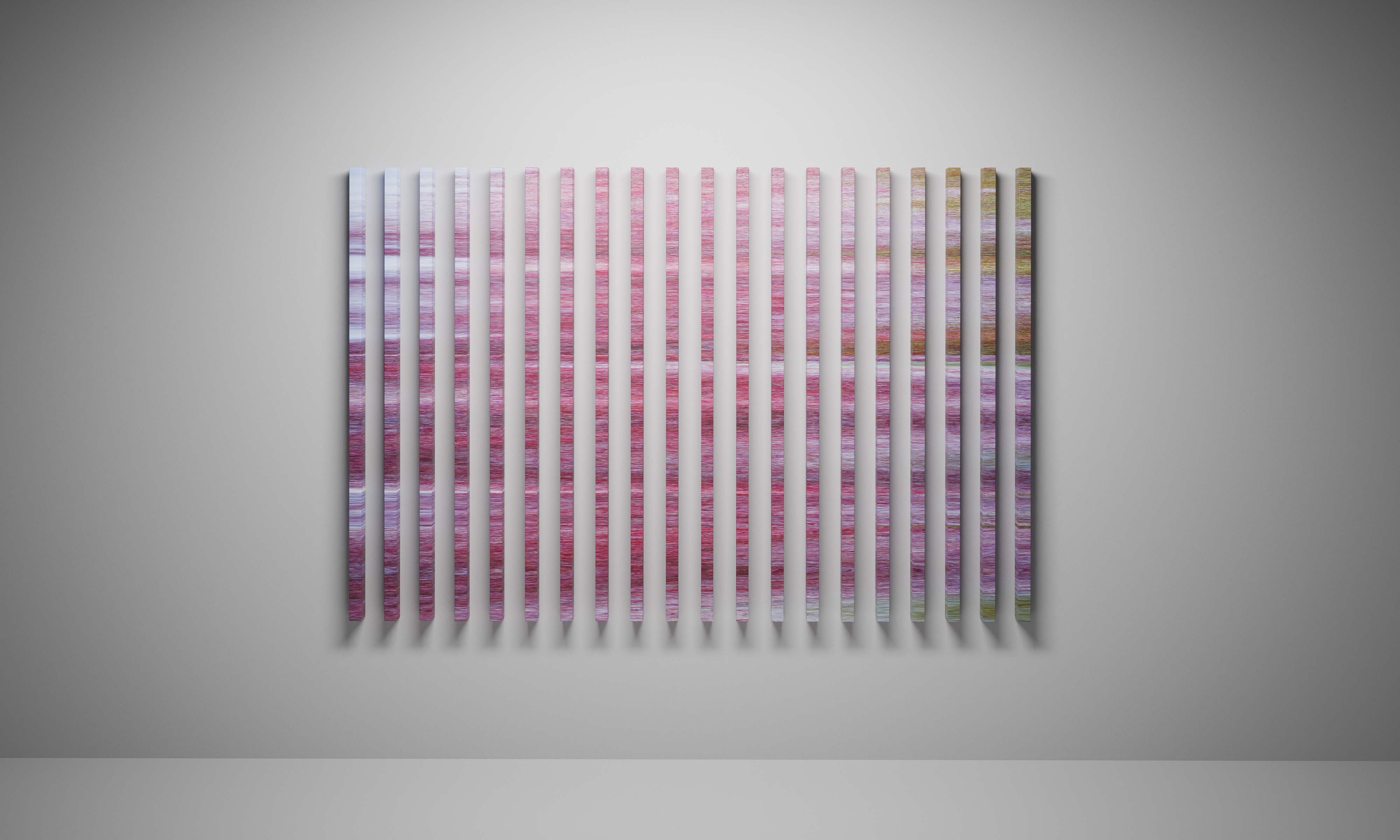 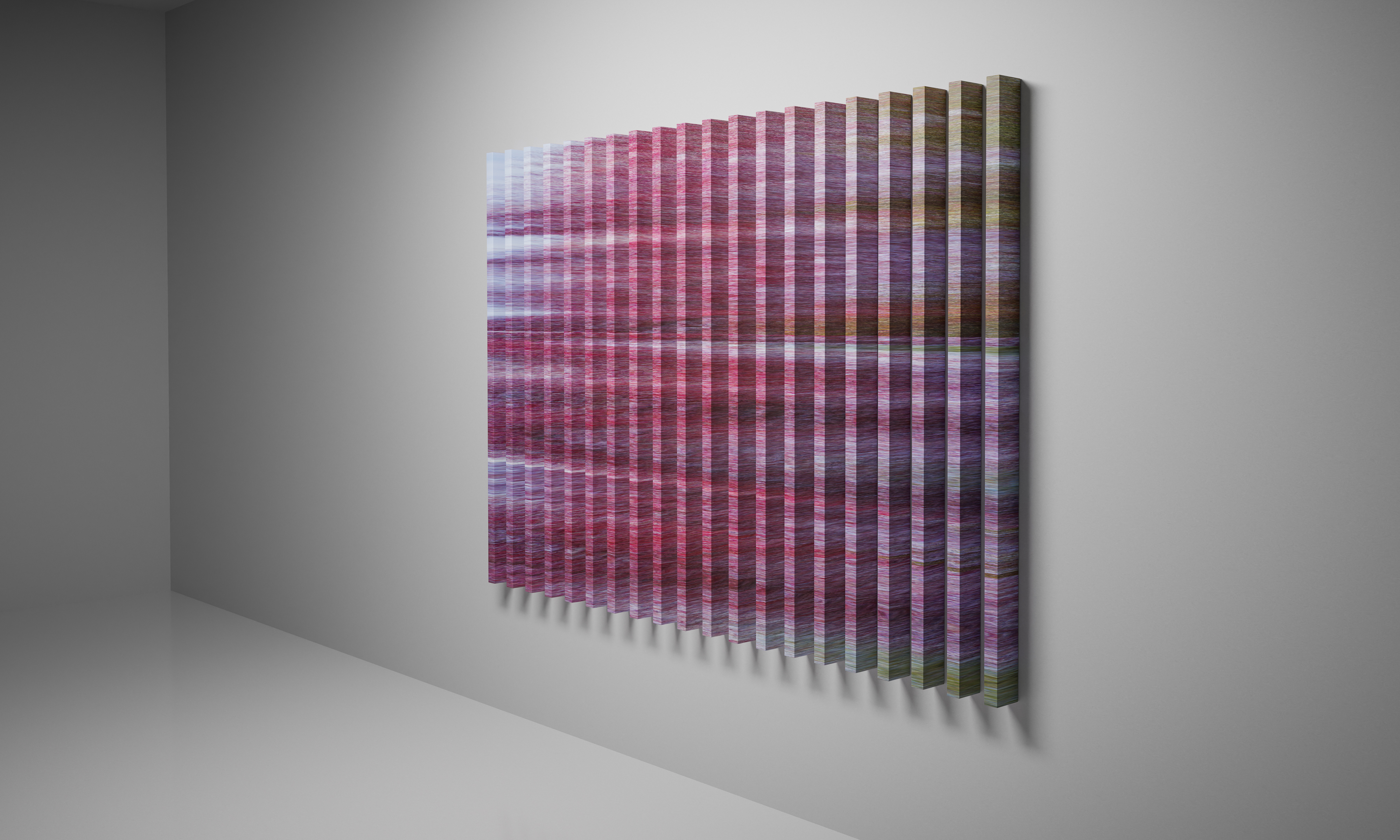