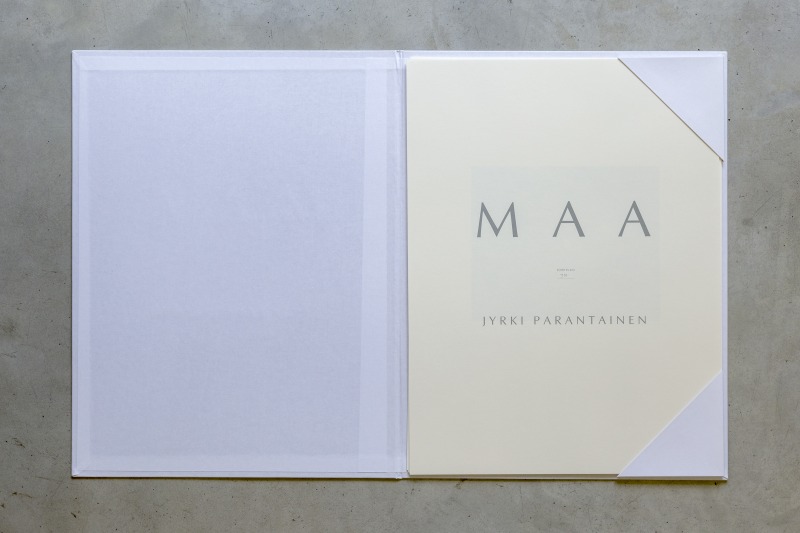 Persons Projects is pleased to introduce the artist book MAA by Jyrki Parantainen, which is a dedication to his Earth-series (1981-1991).
The publication was produced as a limited series by Parantainen.
Medium: Artist portfolio
Signature: Hand-signed by the artist
Format: 62 x 47 cm
Edition: 400
"A continuous red line in Parantainen’s oeuvre is the importance of conceptualization and preparation in producing a new work, both mentally and materially. Critical introspection and methodical accuracy are crucial aspects to this process, which Parantainen likens to writing a script for a film. The implementation of the work reveals itself as a stage on which personal emotional endeavor, precise technique, and perfect timing engage in a forceful intimate dialogue, palpably described by Parantainen as a form of "wrestling”.
As an image, the artistic act of wrestling is particularly applicable in the case of the Earth series, which, consisting of landscape photographs taken exclusively during the nighttime, presented a challenge of sorts to Parantainen’s "strong and personal fright towards darkness”. With reference to the visual and conceptual traditions of Land Art, or Earth Art, beginning in the 1960s in North America and Europe, Parantainen followed the idea of isolating specific natural landscapes and topographies for use as sites of artistic production. A basic notion of Land Art is to create artworks by means of the present geographical and material conditions within a given natural space. That is, rather than placing an artwork into a natural landscape, it is through nature and natural material itself (rocks, branches, water) that the creation of a site-specific artwork is achieved.
Read more

We would like to invite you to also visit our current exhibition Poetic Realities with Jyrki Parantainen online.
The selected works reflect Parantainen’s interest in how we define our internal viewpoints in order to understand our emotional horizons.
Please follow the link below for an interactive tour:
https://my.matterport.com/show/?m=XumiGem1aBu
Please contact us via berlin@personsprojects.com, should you wish to receive extended material and information. We will gladly assist you with your requests.
Read more 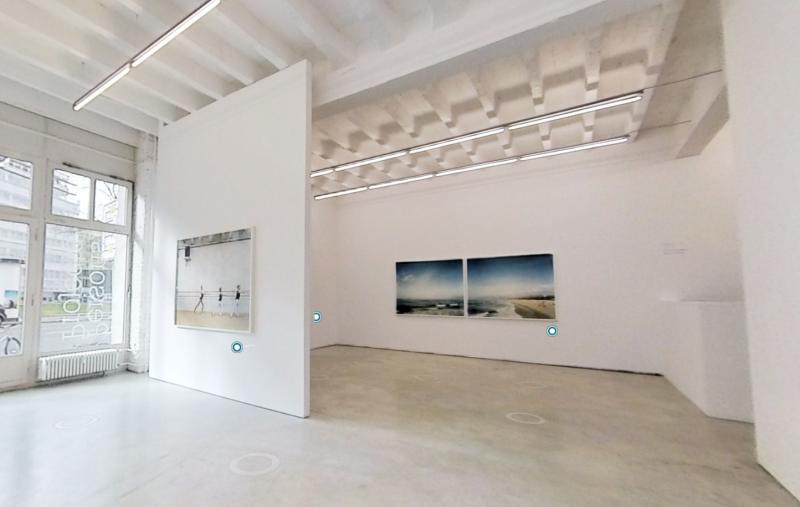