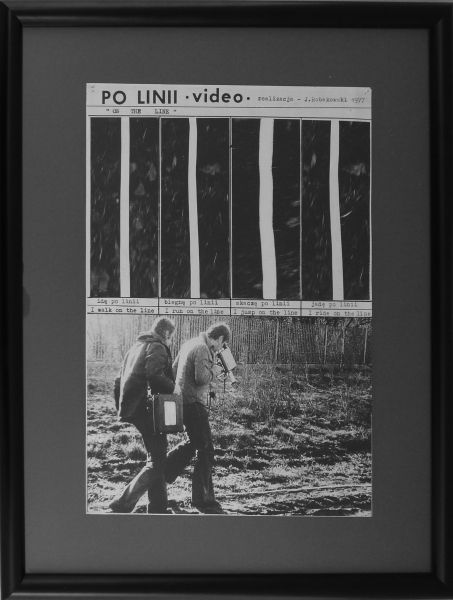 Po linii, 1977
photography
38,5 x 27 cm
On the Line, 1976
single-channel video, 3:00 min
Idle Line, 1992
single-channel video, 3:00 min
If Pimentão conducts experiments with the medium of drawing, Józef Robakowski experiments with video. Rooted in the Polish avant-garde, Robakowski has used the line to explore the synchronicity of sound and image in his photography, films, and videos.
An ordinary gesture — a line scratched on a frame of film, as seen in Idle Line (1992) — he sees as analytic, an element that visualizes time and motion, the most basic elements of cinematography. He often sees the course of the line as a kind of action that releases energy: "In 1976 I pursue it with a movie camera, but a moment later I also run, drive, jump... to obtain a filmic image of my biological vitality. By giving this absurd task to the camera I take away its original function.” Films and video work with the line thus not only exploring the typical psychophysical function of the image on the viewer but also attempting to give human attributes to the abstract image. 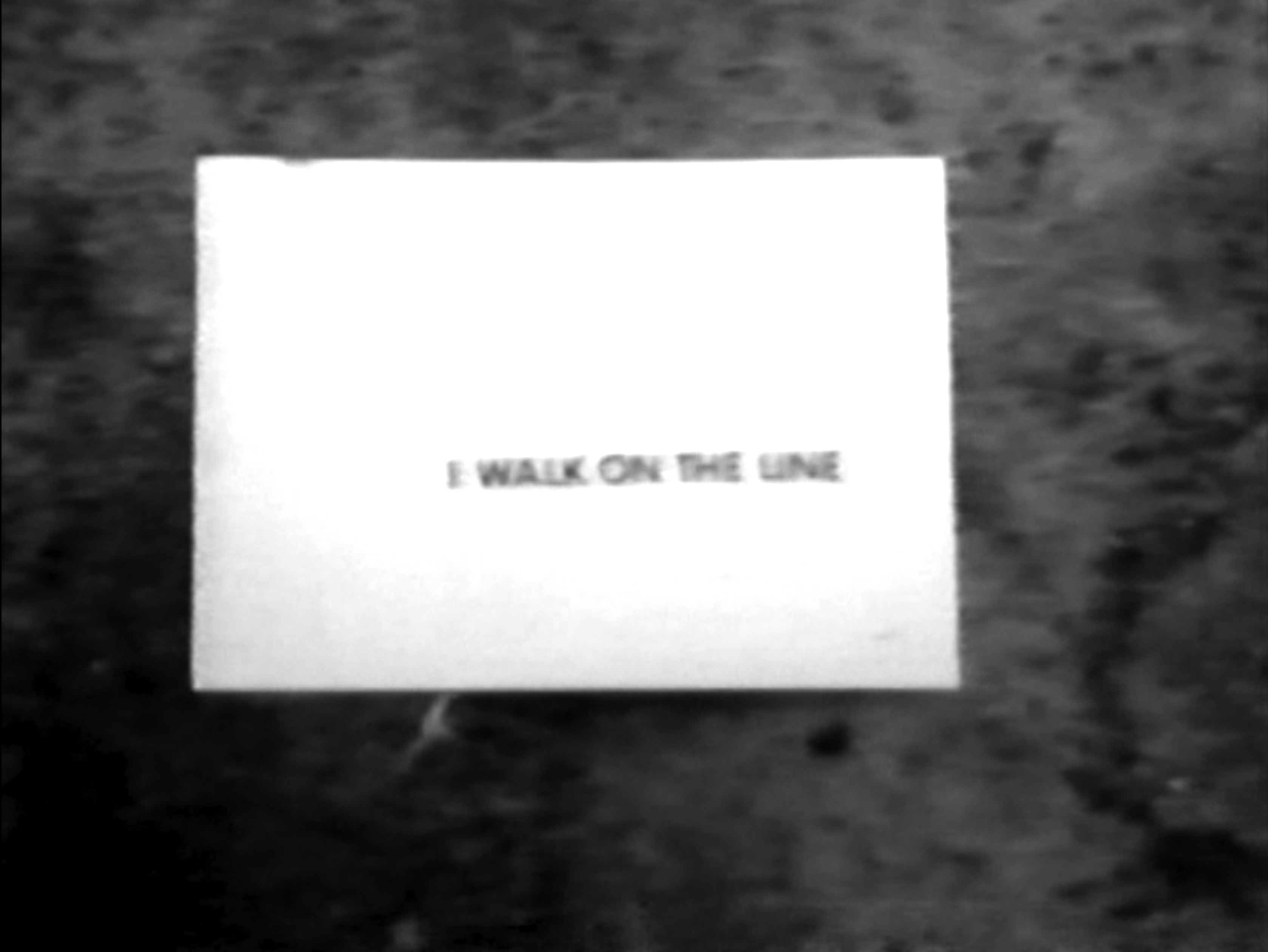