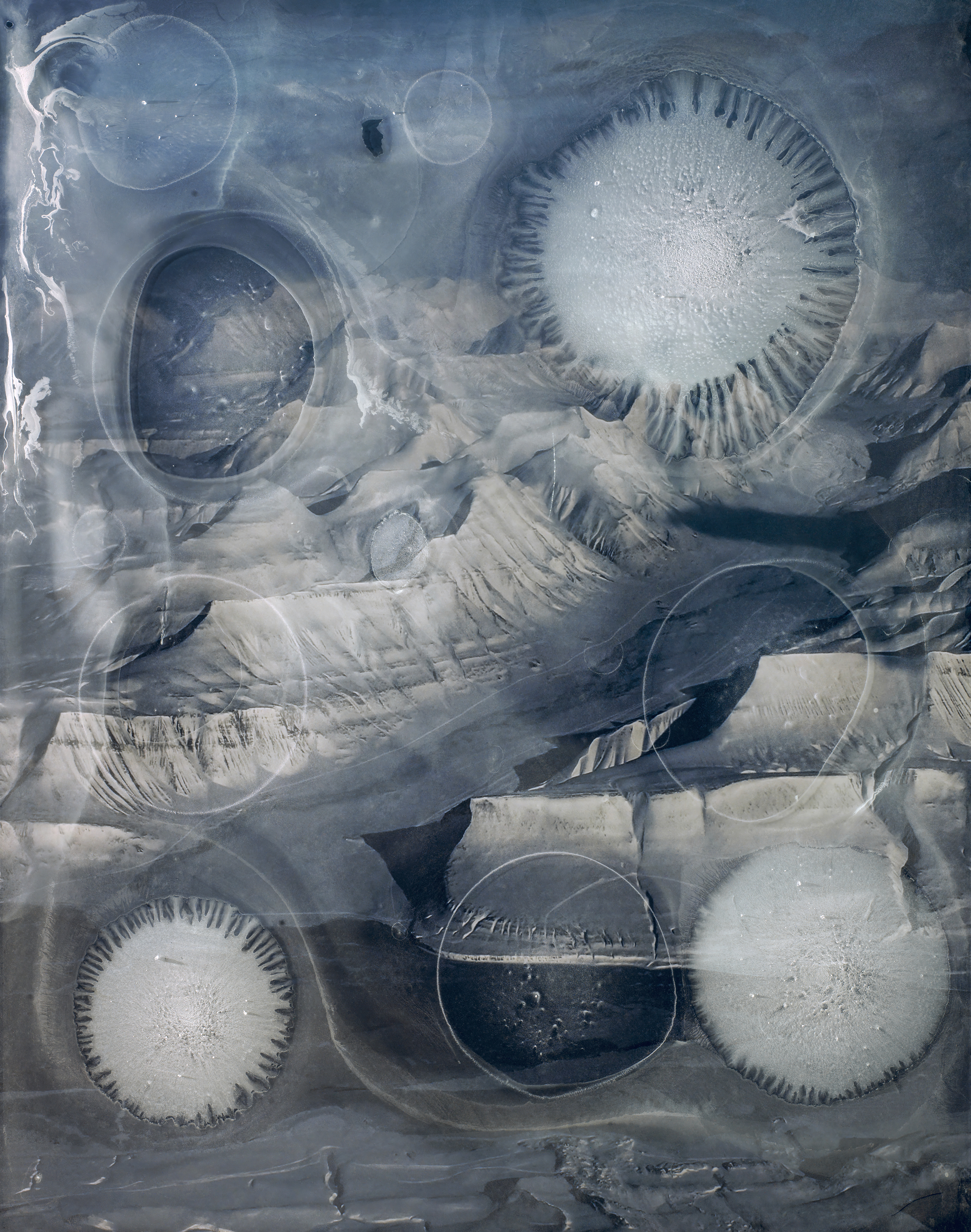 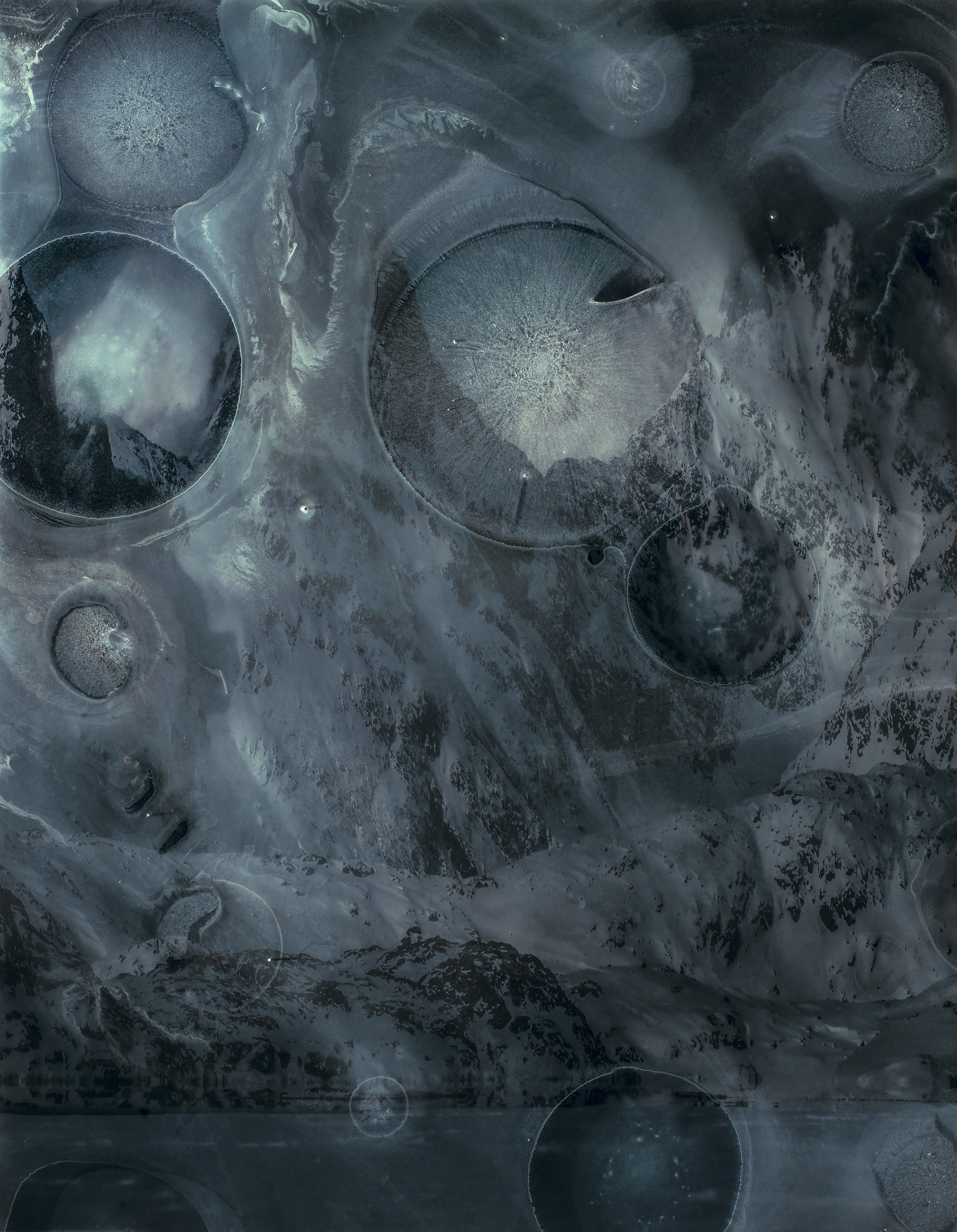 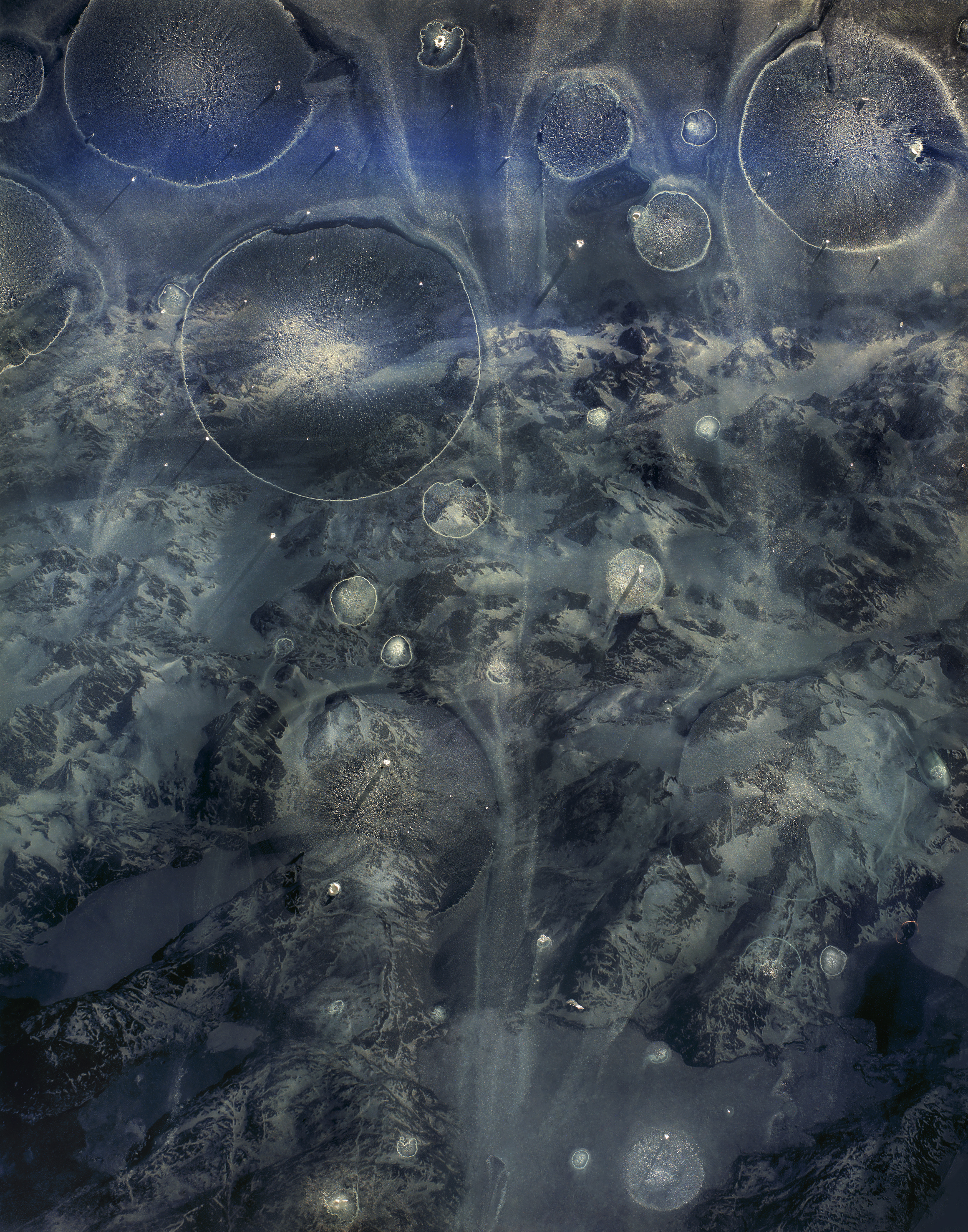 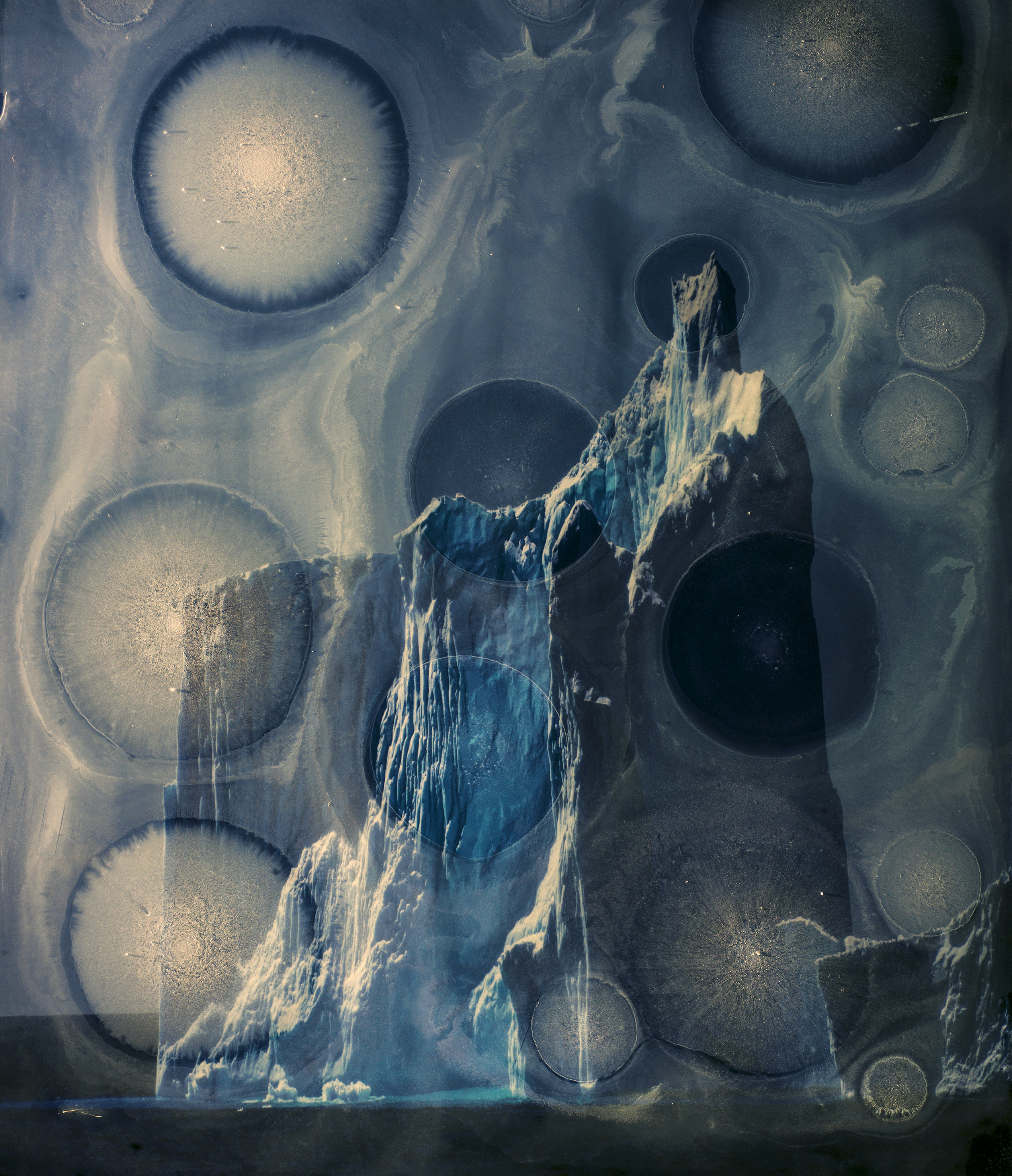 They Could Hear a Faraway Thunder, 2022
Jorma Puranen has become known for his works that focus on the Nordic region and life above the Arctic Circle. The points of departure for his work are often found in archives, museums, or among old negatives and other historical material, and his approach to archives is fragmentary rather than systematic. In Puranen’s work, the photograph becomes a place for readdressing a fluid past, and this sort of reflection could be seen as the common theme in his work. "They Could Hear a Faraway Thunder” continues his poetic explorations of the Arctic landscape and historical memory. In his most recent series, Puranen uses old satellite images and aerial views of Greenland’s Artic vistas to create a matrix of fact and fiction that reflect a mixture of fantasy and geographical imagination. It's part of his long-term project of re-animating the history and legacy of Artic explorations through his use of various archival materials. The title of the work "They Could Hear a Faraway Thunder” comes from a poem by Aqqaluk Lynge, a Greenlandic poet and human rights leader. His lines echo ancient times of caribou hunting and storytelling. Today, the caribou are gone, and the faraway thunder resonates with a different type of threat and uncertainty that all Arctic indigenous peoples face in their current natural environment.