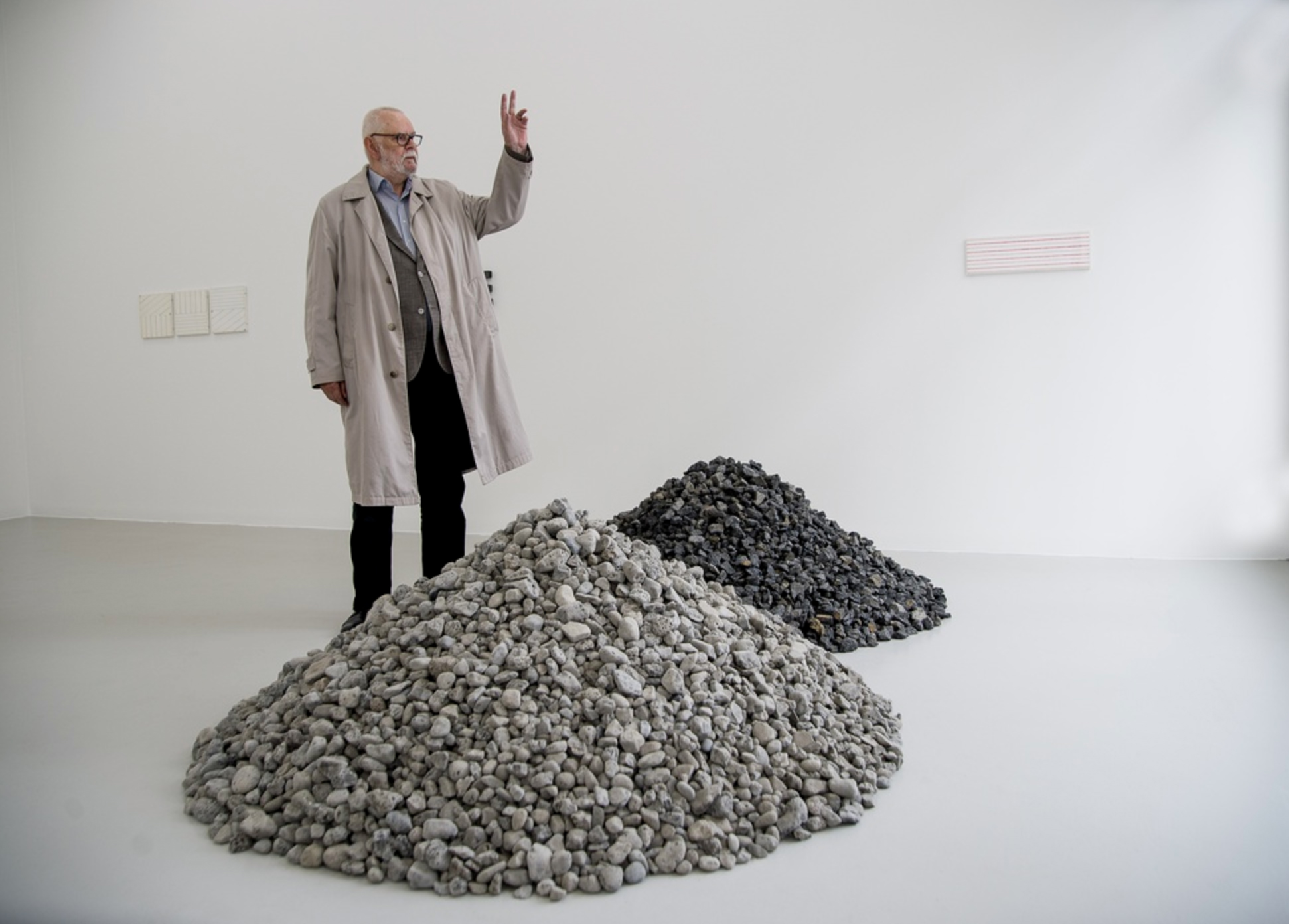 Kristján Gudmundsson was one of the principal figures in the short-lived, but enormously influential, movement of progressive artists called SUM, which radically challenged and ultimately renewed art-making in Iceland in the late 1960s and early 1970s. Throughout his varied career, Gudmundsson has been known as a real investigator and instigator, bringing new ideas to Iceland, questioning and unsettling things, coupling his interest in concrete materials and spare, pared-down forms with acute philosophical and esthetic investigations into what constitutes art objects now.  In a number of works over the years he took the basic equation of a drawing – namely graphite on paper or pencil on paper – and turned it into enthralling, physically vital sculptures either on the wall or the floor, for instance a huge role of paper next to a whole block of graphite, or pieces of graphite itself instead of pencil marks, applied to paper or attached directly to the wall, in the process upending one’s most basic assumptions about what a drawing is exactly. Other works include minimalist-inflected pieces of double window panes painted single colors that are a marvellous combination of painting and matter-of-fact sculptural object. Typically, these austere works have a luminous intensity and a concentrated power that effects everything around them. (Excerpt by Gregory Volk)
Kristján Gudmundsson was born in 1941 on Snæfellsnes Peninsula. He lives and works in Reykjavik.