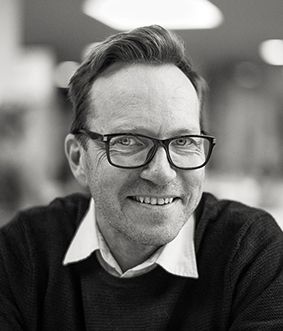 Santeri Tuori has been engaging with the properties of nature and its power of change over the past two decades. Forests, skies, water lilies, and wind are only some of the basic elements you might find in any Nordic landscape, and all become items of Tuori's interest and observation. His subjects have their roots in traditional landscape painting and drawing as seen in the watercolors of William Turner or the biblical paintings of El Greco.
He has a special relationship to nature similarly to an impressionist painter in the 19th century. He records his chosen site by what his eyes see. He then observes and measures its ever changing growth by its lights and colors, one season after another. By capturing the same motives from the same spot at different times of the year, Tuori conceptualizes the passage of time by layering one photo negative upon another, creating his own imaginary landscape. In his videos and photographs, the interlude of one moment to the next cannot be counted in years or split seconds, but more so as an acculturation, or a time scape. Tuori's photographs abstract from the real, capturing nature‘s infinite power of change from one frame to another. His images blur the lines between what we know as a photograph and what we feel to be a painting: our gaze is directed towards the autonomous theme, unframed from its usual context of the "total landscape”.
Santeri Tuori was born in Espoo, Finland, in 1970. He lives and works in Helsinki. He received a Master of Law degree from the University of Helsinki in 1999, and obtained Bachelor (2000) and Master of Arts (2003) degrees in photography at Aalto University School of Arts, Design and Architecture. Solo and group exhibitions since 1997 have continuously shown his works in numerous countries in Europe, North and South America, Russia, East Asia, and Africa. His works are included a.o. in the collections of the Espoo Museum of Modern Art, the Finnish Museum of Photography, the FRAC Haute-Normandie, the Malmø Art Museum, and the Museum of Contemporary Art Kiasma, as well as numerous private collections worldwide. He is a member of The Helsinki School focusing on contemporary Finnish, landscape, and nature photography.