Illusion of Now
The Illusion of Now represents the most recent body of work by Niko Luoma. It continues Luoma's interest in abstraction in photography using only light and filters as his primary material. Also, his working method of using what's in front of the camera to what's inside it. He refers to these newest photographs as mirrors, as they're meant to be looked at and experienced with no traceable past tense. They're a bridge between the image and the present moment, between the observer and the now. All of the images in this series are photographed in the studio using an analog large-format camera. Each photograph consists of hundreds of exposures of light layered together on one piece of negative. The result appears as one entity where it is impossible to tell which of the lines of light were first or the last to be exposed to the film. In this series, the impression of depth and three-dimensionality is thoughtfully planned. The starting point or the plan and idea of each work is based on two-dimensionality, height, and length. Through these linear intersections, Luoma creates the illusion of depth based on repetition. Thereby, the exact number of exposures is meaningful in connection to the composition. Nevertheless, their colors are the result of chance than aim. Luoma states, "Each work is a world of its own, one that shares a mutual language in the event of its own becoming. There is no one way of perceiving these pictures since they can begin anywhere and have no end. They are system-based experiments where the negative becomes a record for its own realization". 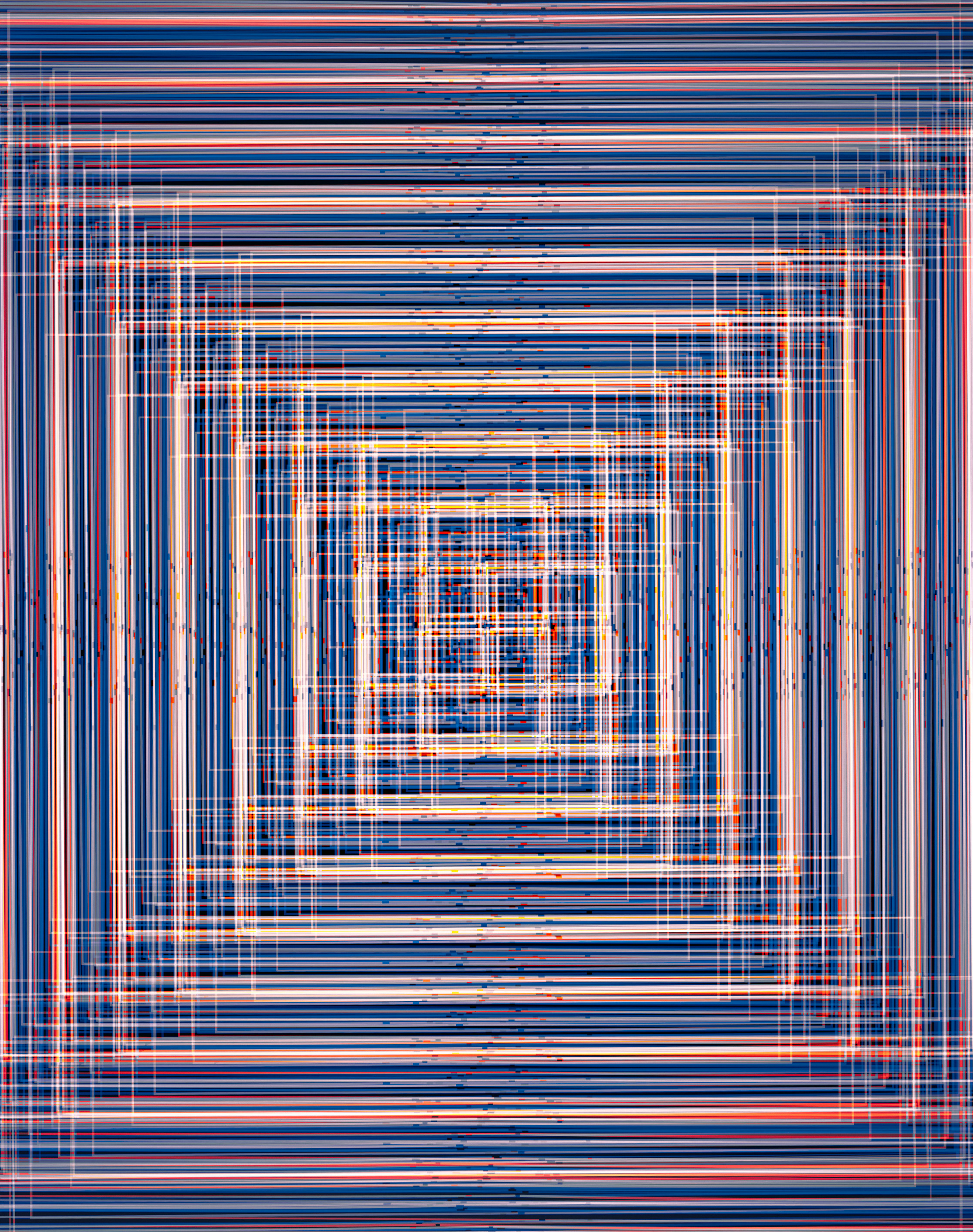 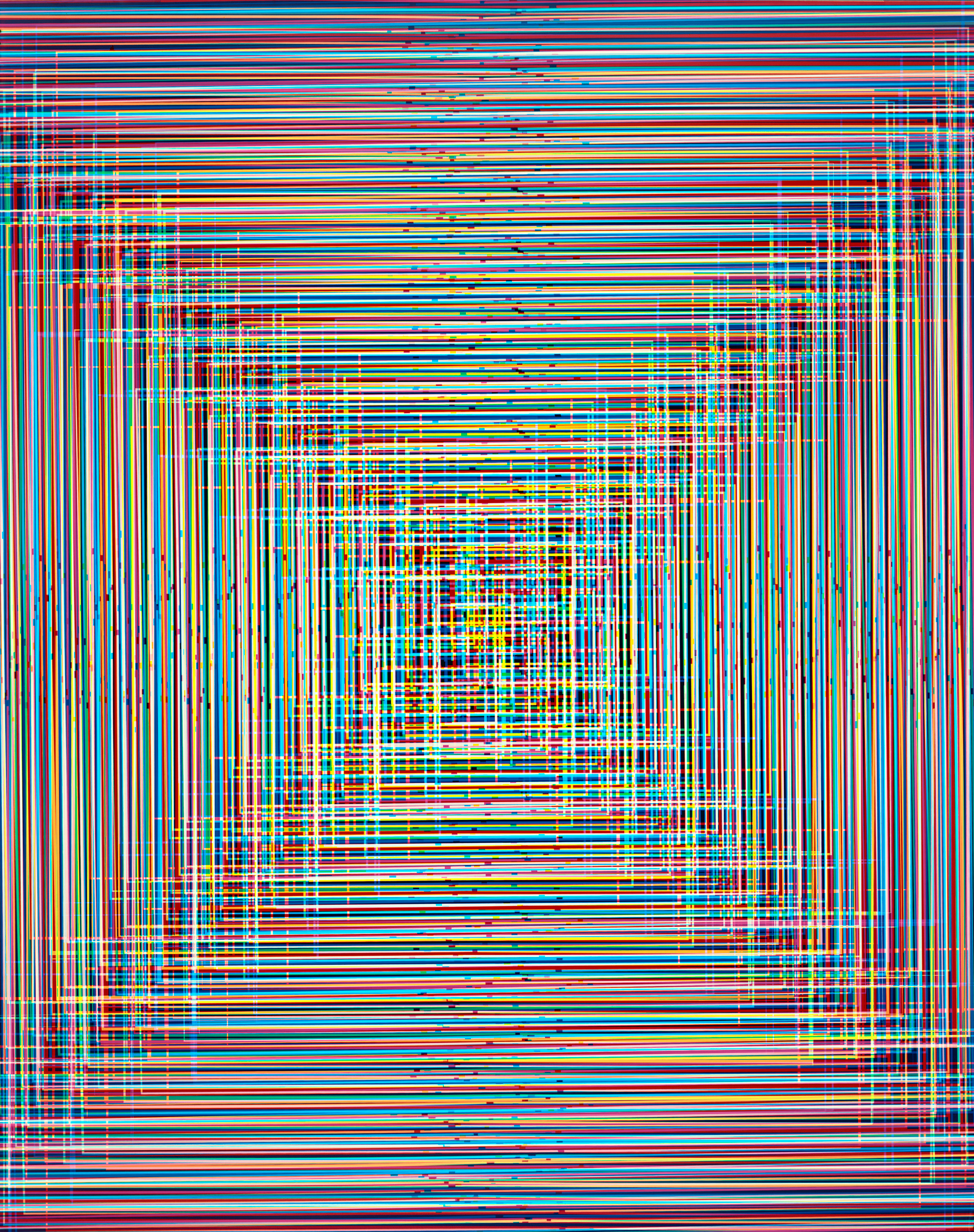 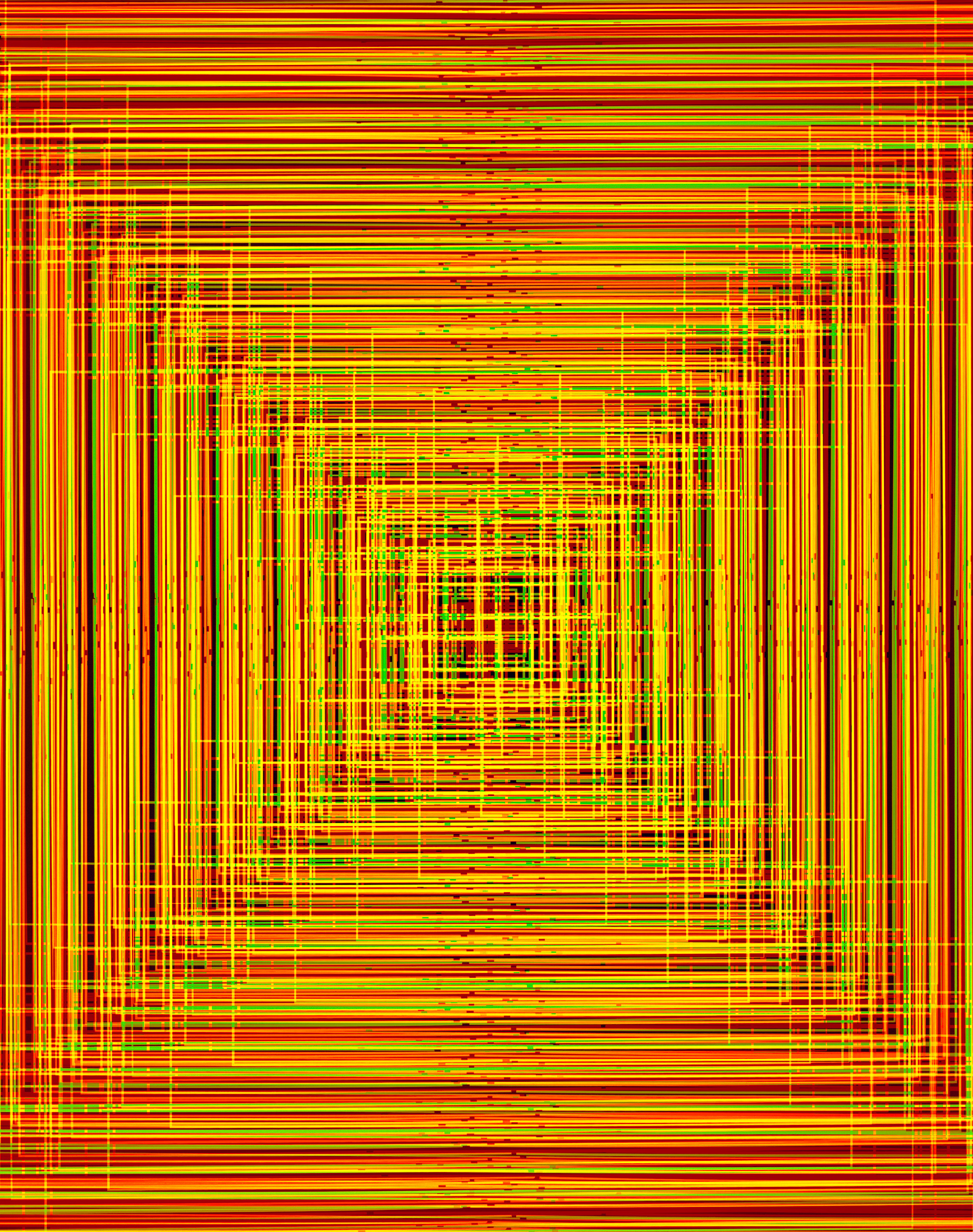 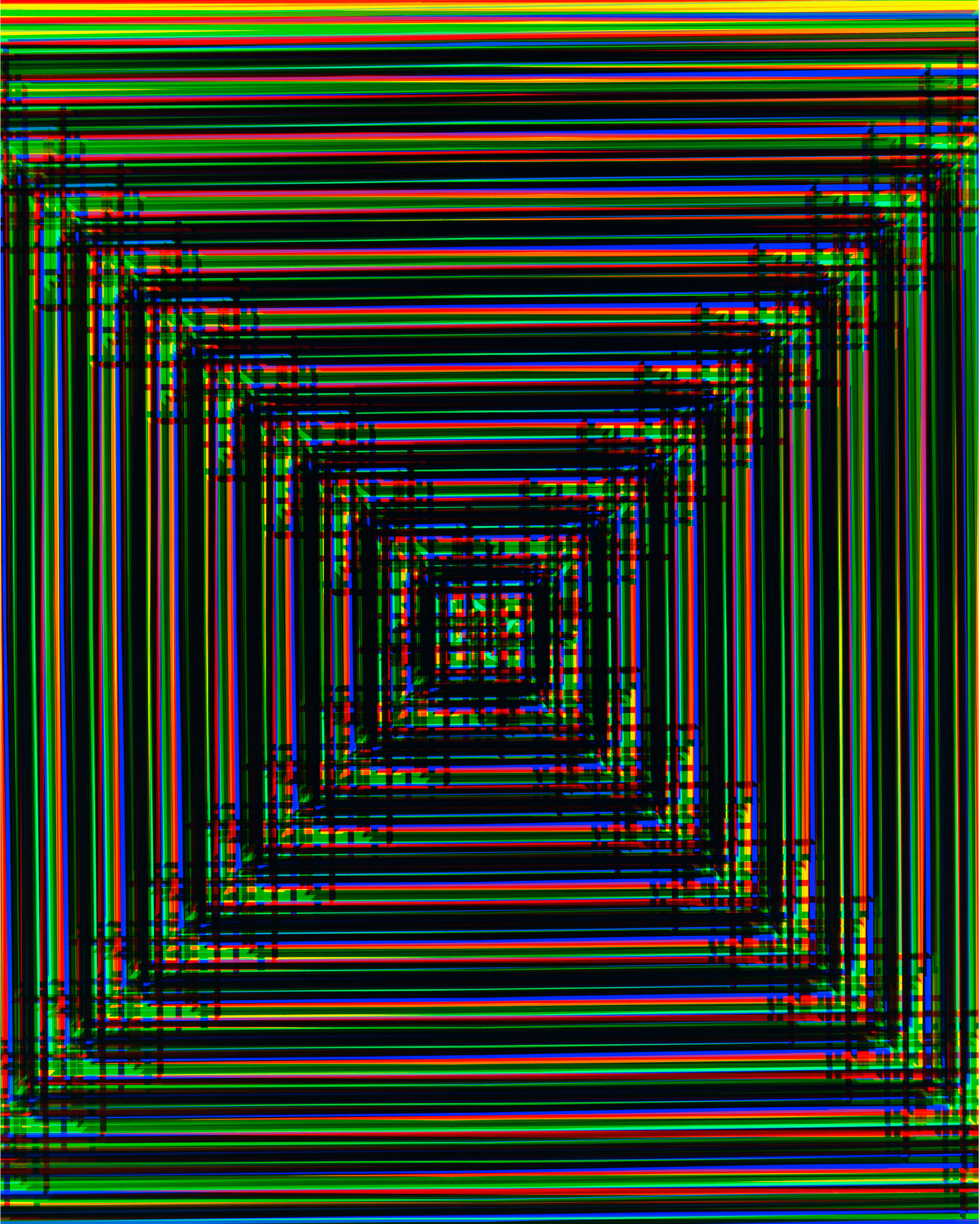