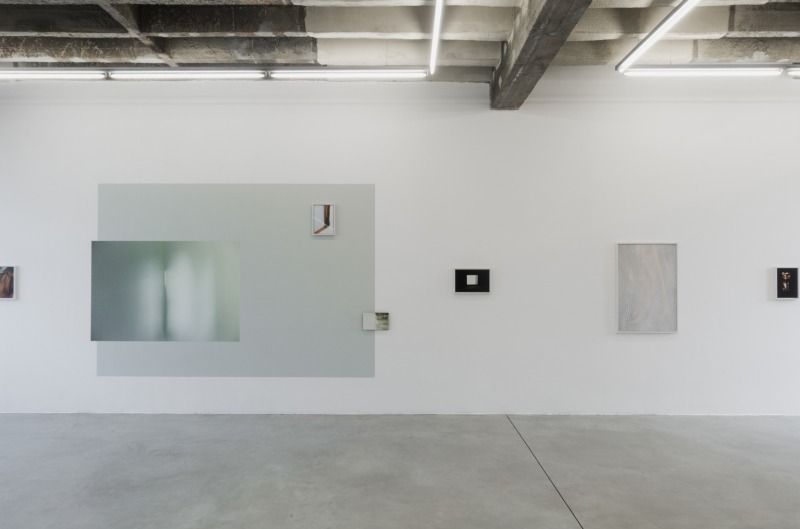 Anni Leppälä - The light of other days

Leppälä’s works draw landscapes of the interior. With their acute sensibility of color and power of composition, they speak beyond the representational realm of words. Her motifs function as visual signifiers-⎯non-verbal metaphors and symbols⎯that carry concealed, ambiguous meanings. They are to be grasped and experienced through tacit knowledge similar to an oneiric state of consciousness, rather than logical reasoning.

Leppälä aims to reveal the invisible routes that lead us from the tangible to the oblique image, which can be released through the evocation of a certain memory, an emotion, an anxiety. Moreover, the connectivity among the individual images she creates is a significant aspect of her work approach. This is reflected in the arrangement of the works within the exhibition space as a holistic installation, also taking into consideration the unfilled areas in-between the hung works, and thereby leaving space for associative, "third” images to emerge within the beholder. As settings for her works, Leppälä chooses natural surroundings such as secluded forests, the outside and inside spaces of abandoned countryside dwellings, or the more abstract topographies of material surfaces including wood, plastered walls, and wallpaper. As with her older work series, the solemn and graceful adolescents who figure in many pieces seem to indicate themes of childhood, remembrance, and threshold.

As Leppälä states, her interest in photography lies in „its capacity to transform its subjects.” Through the testing of frontiers imposed by our rational understanding of things, in what could be called her images-beyond-images, or landscapes-beyond-landscapes, Leppälä has developed a deep and rich visual program of signature style. A color that continues to inhabit her compositions is the fiery orange-red of sunlight, which tints Leppälä‘s white winterscapes and dark woody-green trees in a surreally luminous, yet strikingly organic afternoon glow. The tangle of long bright red hair belonging to a young girl similarly recurs, camouflaged at times by the strong reflections of sunlight. In  fact, reflection, and the very act of seeing as a process of both cognition and recognition, appear to be at the heart of Leppälä‘s inquiry: either the protagonists of her works are turned away from view and only shown from behind or with obscured faces, or they confront us and look us straight into the eye, leaving us with nowhere else to escape to, and, moreover, with the question of who is gazing at whom. It is in this way that the motif of long, thick hair pursues its multiple meanings: as a veil to hide behind or bury oneself into; a safe home that offers protection from the outside world, yet also a forest-like labyrinth in which to get lost; moreover, a curtain providing a frame of perspective; and essentially, a border between in- and external. Leppälä‘s protagonists, us included, thus frame and are framed; by the others as well as themselves.

Leppälä‘s works are full of subtle paradoxes. The most enchanting one seems to be their emphasis on a condition inherent to the photographic genre: a concurrent expansion of presence and absence, in that the images capture both something that is, here and now, and something that was, past and gone forever. Characteristic aspects of Leppälä‘s work that we were already familiar with appear to have now become more intense, more distinct, more uncompromising. The surfaces of seemingly empty walls, and the close-ups of their corners and cracks, are imbued with life and dense atmosphere, breathing an air of their own. Doorways, windows, and peep holes invite us to enter and explore. The visual landscapes revealed in their abstract patterns⎯they engulf us, charm us, and at the same time retain something inaccessible.