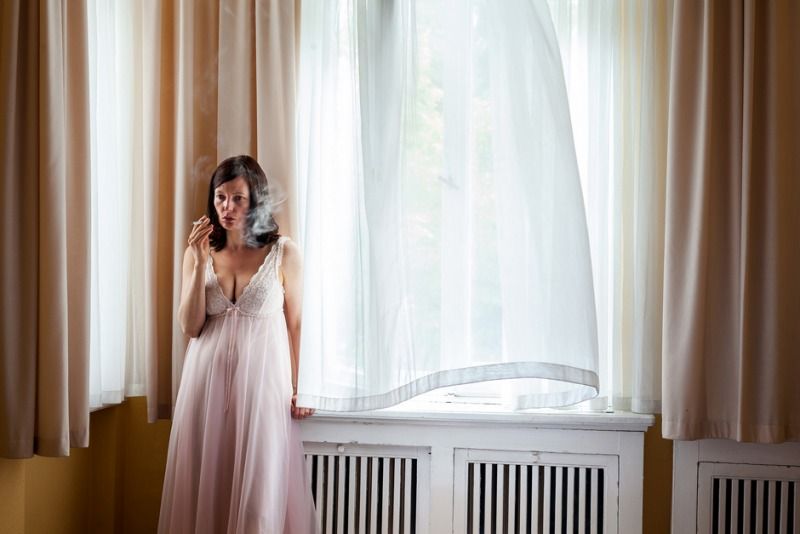 Gallery Taik Persons is pleased to present the exhibition Hotel Bogota with previously unseen works by Aino Kannisto on the occasion of the 6th European Month of Photography in Berlin.

Aino Kannisto works within a photographic tradition that combines a documentary style with the dream-like vision of filmmakers. Kannisto uses staged photography as "a way to give meaning to life by sharing a part of the world which otherwise remains private". Her cinematically influenced photographs depict internal emotional landscapes with an eerie tension, a self imposed catharsis.

Maanantai Collective – Between the Flashes of the Lighthouse

Gallery Taik Persons is highly pleased to present Maanantai Collective with its exhibition Between the Flashes of the Lighthouse in Berlin for the first time. The show displays selected works from the series Nine Nameless Mountains (2012–2013) as well as a new set of so far unexhibited works.

Maanantai Collective’s body of work is the product of creative processes pursued by "one common author and sixteen eyes”. The group of eight artists represents a young generation of Helsinki School exponents that questions and challenges the notion of authorship. It therefore comes as no surprise that individual names remain in the background of Maanantai’s public presence as a collective whole. Catalyzing the group’s initial formation in 2011 was the shared experience of a joint trip to the Lofoten Islands in Norway; its aim being "to escape North”. 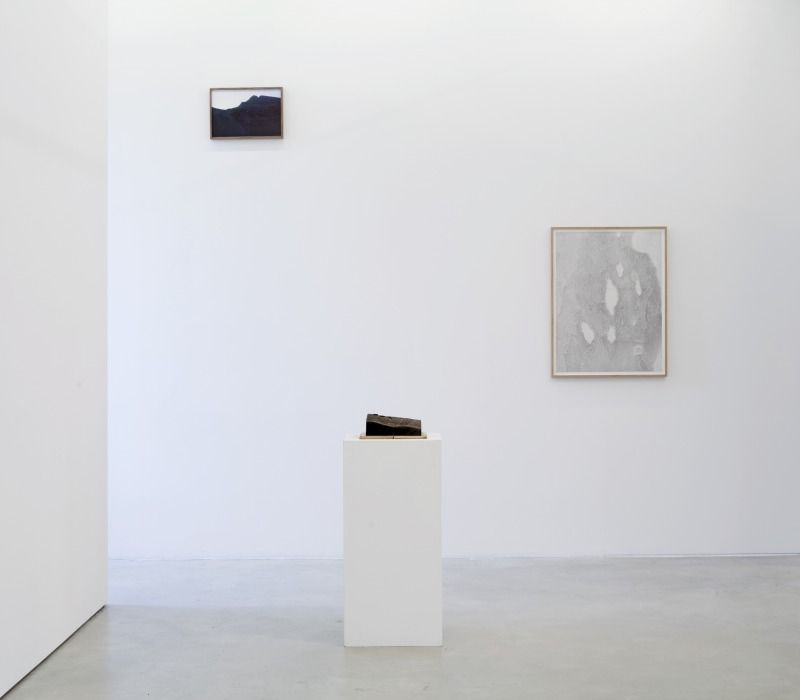 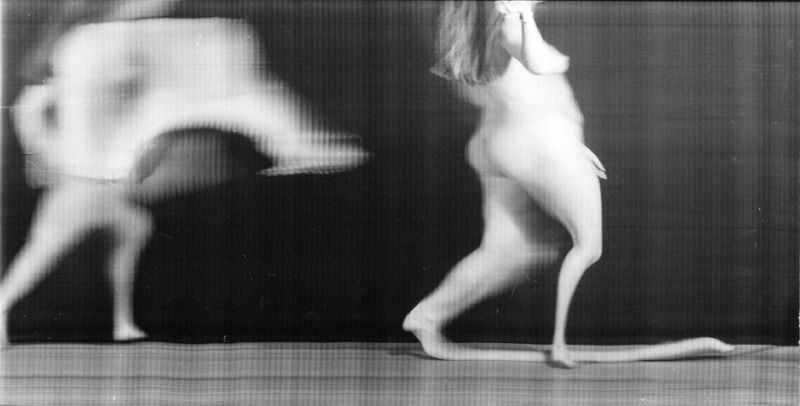 Richard Winther (1926–2007) was a Danish painter, sculptor, lithographer, ceramist, writer – and photographer. For almost 70 years he explored, interrogated and worked with the medium with an incessant curiosity. Winther was a pioneer in the evolution of experimental photography.

Gallery Taik Persons is thrilled to present Santeri Tuori’s first solo exhibition in Berlin. The show exhibits photographs from the series Sky Prints (2011– 12/2014), as well as a video from the Forest series (2009).

Santeri Tuori is one of Finland’s leading contemporary visual artists. As an exponent of the Helsinki School, he has become well known for his innovations in merging the media of photography and video art. The combination of still and moving images in Tuori’s works weaves together multiply layered com- positions that present more than the mere sum of their productive parts. While the subjects of his series have various origins in classical genres of human portraiture (e.g. Bogeyman [2001/2004], 35 Minute Smile [2002], Karlotta [2003/2004]), traditions of landscape painting (as with the works now on display), or in more abstracted, minimalist depictions of nature and natural environment (e.g. Sea [2004], Waterfall [2006]), all have in common that space is never organized according to the straightforward linear logic of temporal order and movement habitual to our practices of seeing – not only in viewing nature, but also art. 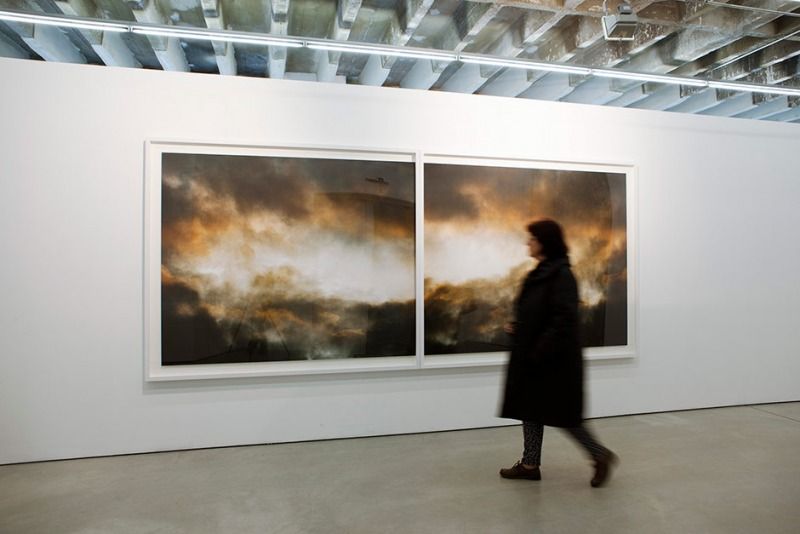 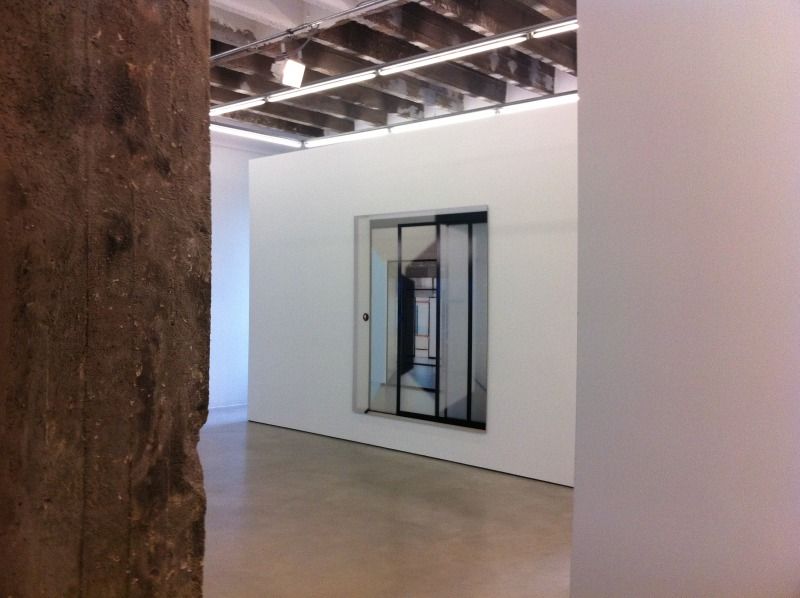 Pertti Kekarainen’s series TILA (since 2004) has been evolving over the course of the past ten years and consists of some 130 works in total. This extensive scope conveys well the inexhaustibility of meanings that adheres to the Finnish word tila after which the series is named. In its primary sense, it describes an architectural space, a room, or an interior space inside of an object; moreover a space or distance between different objects. At the same time, tila refers to a conditional state of a phenomenon as well as certain state of mind. Its connotations reach into various life spheres of social, cultural, and political significance. Just as meanings of words are always construed anew relative to the things they signify, so do Kekarainen’s works remain in a constant state of flux. His TILA are elusive, open structures, through which the partaker may experience and make sense of his own understanding of space. Whereas the works embody formally static entities as flat, hung images, their three-dimensional depth can be perme­ated visually by the perceiver whose compositional comprehension of the images slightly rescales and refocuses with each new pictorial element that he comes across.

The title of the exhibition is borrowed from Hal Foster’s book from 1996, ‘The Return of the Real’, in which Foster discusses the conceptual genealogies of the avant-garde that engage in a historical and social conversation. The notion of environment and our perceptions of it are at the core of this exhibition, explored through the sensibilities of three Nordic artists. 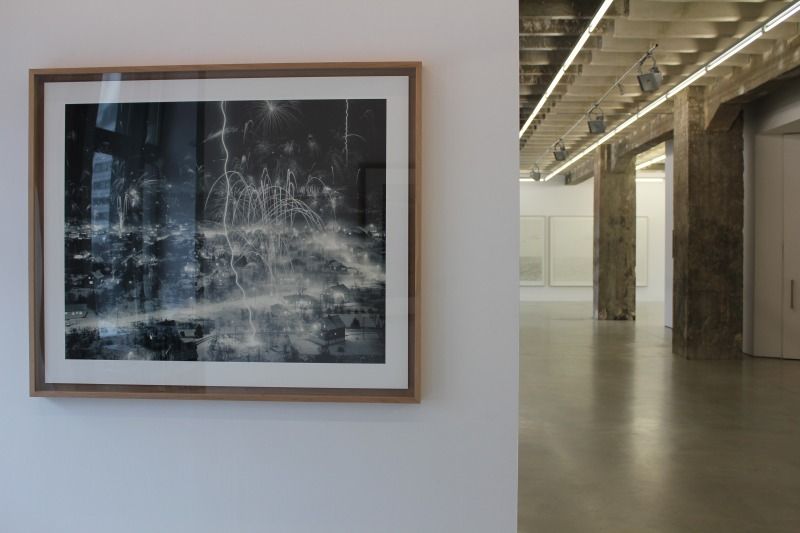