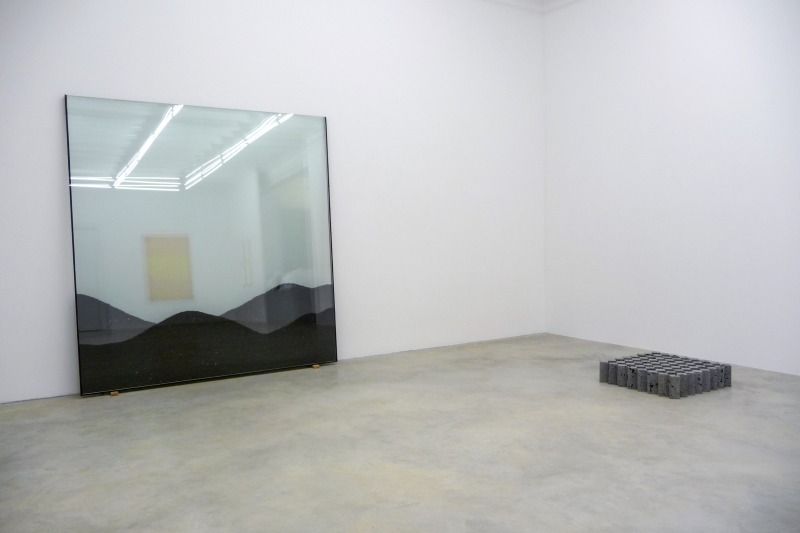 Thirty years ago, I had the privilege of introducing and curating a minimalistic conceptual exhibition by a group of Icelandic artists in my gallery in Helsinki, Finland. What I didn’t realize then, was how that first show would set a standard for future Finnish generations in how they define their conceptual approach to physics, nature and language. Three decades later, Gallery Taik Persons is proud to announce another collaborative exhibition Cyclic Repetitions, a group show that combines the Icelandic artists Ragna Róbertsdóttir, Kristján Guðmundsson, (both present in the first exhibition), and Finnbogi Pétursson, with their younger Finnish contemporaries, Mikko Rikala, Tanja Koljonen and Rainer Paananen.
As a professor at Aalto University, I’ve been using this Icelandic minimalistic approach as a cornerstone in my teaching, setting the parameters from which the Helsinki School would eventually evolve. All these artists share a similar approach in utilizing their chosen elements as a means for focussing on what is essential in opening up the essence of the objects’ innermost being. Sound, light, earth, graphite,rn and standard shapes, all form the basic components by which Cyclic Repetitions defines its Nordic roots into how this form of conceptual thinking has evolved from one generation to the next.
Ragna Róbertsdóttir, a leading figure in Icelandic minimal conceptualism, re-interprets the physics of the raw indigenous substances that form the Icelandic landscape. Volcanic lava, mud, seashells, rock, salt and turf, do not just inspire her, they form the very basis of her creations. Finnbogi Petursson, creates a bridge between science and nature, examining the very essence of light, sound and energy through sparse installations that utilize one substance to investigate the properties of another. Kristján Guðmundsson, the first Icelandic winner of the Swedish Carnegie Art Award, works with shapes and forms in accordance with mathematical principles, utilizing industrial and architectural, as well as natural materials. Rainer Paananen, something of a renaissance man, combines science, photography and music in his experiments with photosensitive paper - a means of capturing two-dimensional renditions of his musical performances. Repetition is the method by which Mikko Rikala traces the passage of time, seeking the silence in between, in an attempt to find new perspectives on how to perceive the nature of distance. Finally, Tanja Koljonen explores the ‘paradox of humanity’, combining language, our medium for reasoning and rational thought processes, and found objects of no apparent order.

Similar to the Fluxus movement, rather than sharing a distinctive visual style, the six artists share an approach that can be characterized by the application of aesthetics, in which the concept is as important as the visual expression. This mindset is what binds the Helsinki School artists together and through Cyclic Repetitions, we glance back at how it all began-thirty years ago.