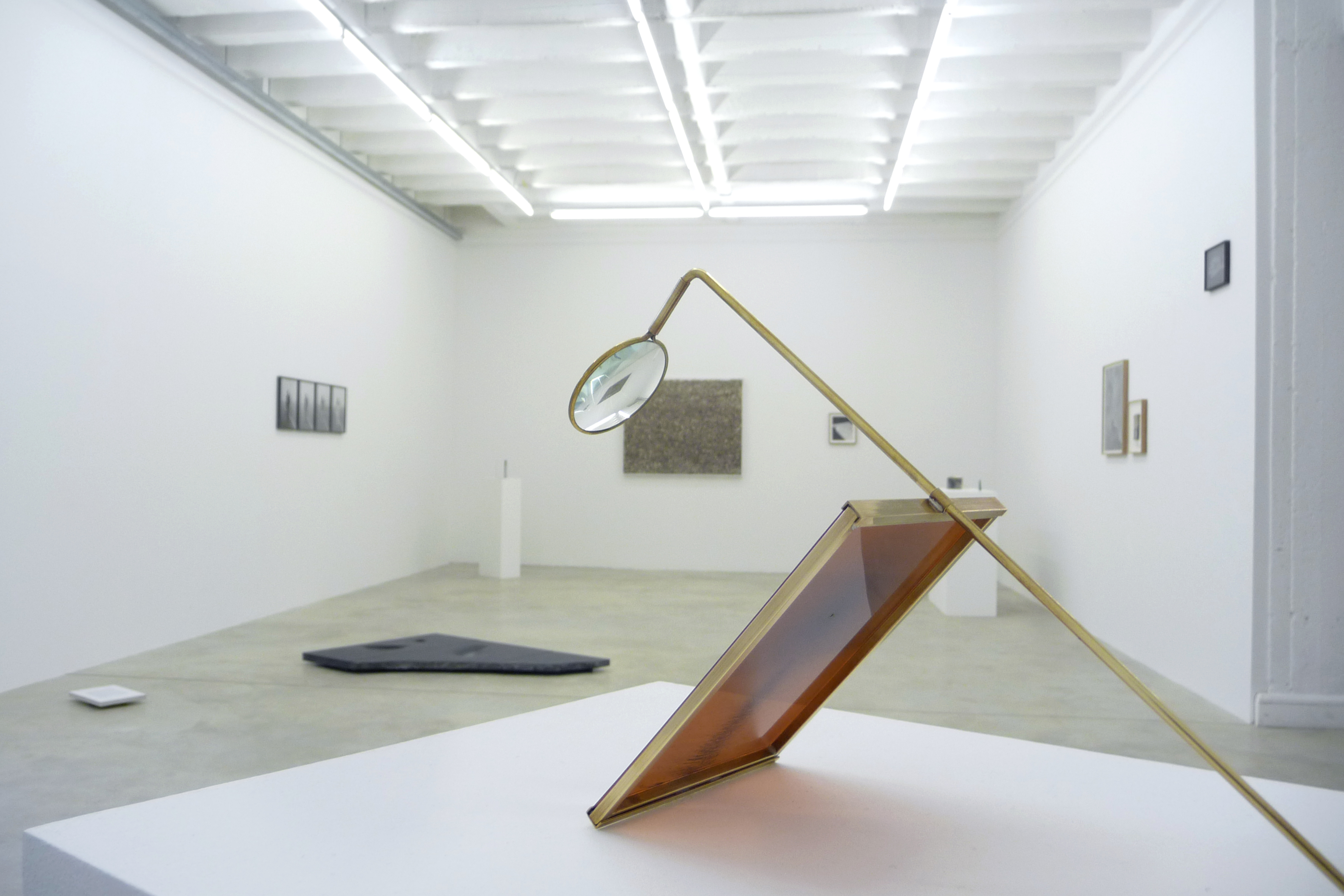 Juuso Noronkoski - One Millimeter Away From Stillness, Installation view at Persons Projects, 2019 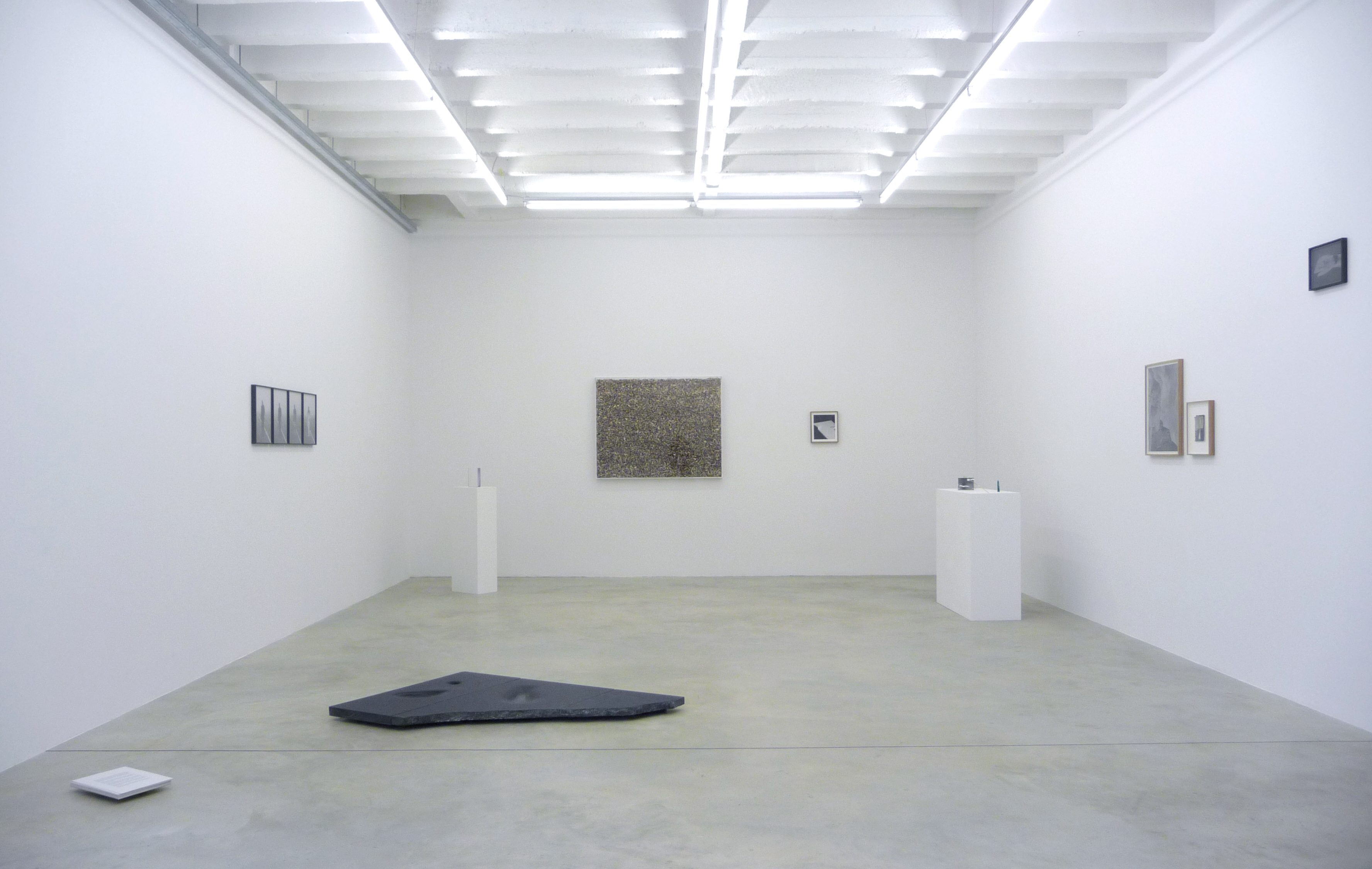 Juuso Noronkoski - One Millimeter Away From Stillness, Installation view at Persons Projects, 2019

Juuso Noronkoski | One Millimeter Away From Stillness

Opening: 22 February 2019, 6 – 9 pm
Exhibition: 23 February – 20 April 2019
"There exists a German word for describing the contradictory nature of experiencing time: Ungleichzeitigkeit, non- simultaneity. I think the concept is meant to help us understand our own relationship with the present as experienced by someone else. It also reflects those moments, which often occur when looking at photographs, when the past and the present float around in my consciousness and I can’t decide which one feels more immediate.”
-Juuso Noronkoski
Noronkoski’s works encourage the viewer to remove themselves from a traditional context and reflect on nature’s proof of time-passed. Making use of any technique necessary, Noronkoski refers to natural cycles and elements of our environment in order to raise the question of shared experience and observation, creating a synonym for humankind’s development of rational thought and understanding.
In his photographic works, Noronkoski makes use of both positive and negative images. His technique mirrors the process of solarisation, photography‘s equivalent for the sun‘s temporary effect on tone. This approach results in a reverse effect of light becoming dark and dark becoming light, questioning our eyesight as the predominant means of understanding and rationalizing reality- as we strive for light and remain in the dark. "In a photographic negative the world is shown fundamentally reversed. The sun is represented as its own shadow, shining black light, as kind of promise of the ‘eternal day’ that the ever-reproducible photograph could offer.” His sculptural works arouse a similar engagement of existential questions, elaborating on the behavior of lost thought and the incomprehensible length of time trapped in some of nature’s evolution. Noronkoski reintroduces water, temporarily removed from the cycle of evaporation, condensation and precipitation for close to 30 million years into the depths of the Earth’s crust. Through the invasion of humans into the bedrock, the water is freed back into its natural cycle.
The deep contemplative study provoked by time spent in nature, is what has resulted in a body of work that allows the viewer to reach a similar state of inquisition. The experience of the viewer’s own contemplation is what creates new meaning. Through the use of exposure, shadows and photographic negatives, Noronkoski shines light on the stillness, which allows us to observe the passing of time, a gift of true inner reflection which may otherwise feel nearly unattainable.
Juuso Noronkoski was born in Helsinki, Finland, in 1983. He lives and works in Helsinki. Noronkoski graduated from the Aalto University School of Arts, Design and Architecture in 2015. His works have been exhibited in international galleries and institutions such as Gallery Taik Persons (Berlin, 2019), Sinne (Helsinki, 2018), The Loko Gallery (Tokyo, 2017) or Künstlerhaus Bethanien (Berlin, 2016).
Press Release EN
Pressetext DE