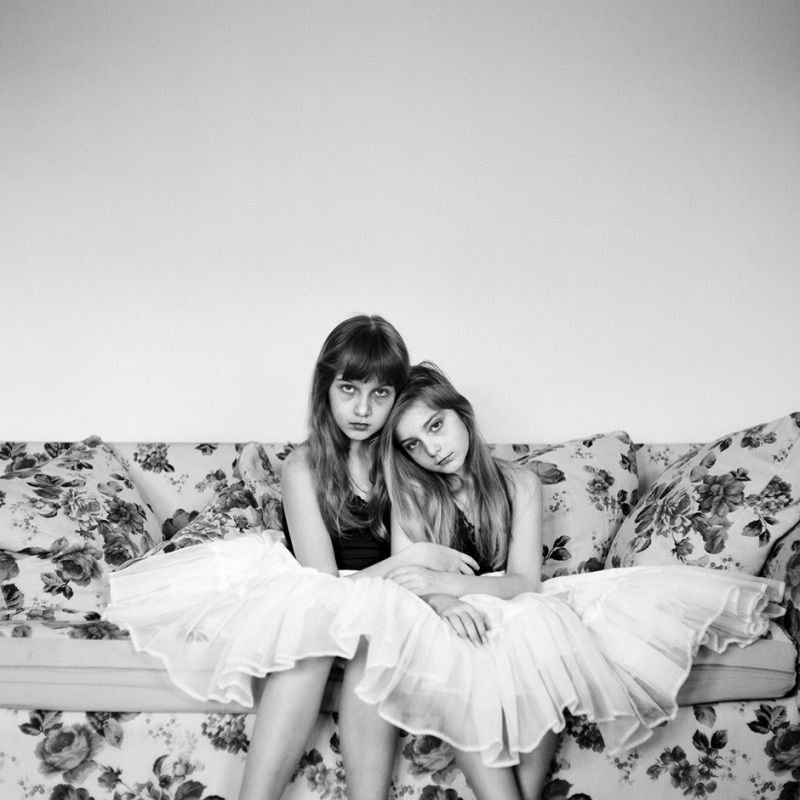 Gallery TaiK is delighted to present the solo exhibition of young Finnish photographer Nelli Palomäki, who is a member of the Helsinki School.

In her new series Elsa and Viola the artist deals with the tradition of the classic black-and-white portrait. Palomäki sees her portraits as a means of communication. She tries not to be only the person behind the camera but also to actively take part in the process of the picture making, to be present. This presence she also searches within the persons she takes pictures of. She concentrates on their gestures and the diversity of glances.The not completely controllable and independent status of the photographic portrait fascinates her the most: "In the beginning alike, but in the end completely different."

Often Palomäki doesn´t carry her camera with her. She prefers to rnobserve the people around her and to get into contact with them: "My rnpictures force me to go close to people." This was the way the portrait rncame into being that has given its name to the whole series - Elsa and rnViola. On the tram she had noticed two girls who were much alike. rn"Although they were playing together, they had sad looks on their faces.rn Even the greatest laugh would not change the seriousness of the faces. rnThe girls stayed in my thoughts for a long time. After a few months, I rnsaw the same girls again, this time with their mother. I ended up takingrn a portrait of Elsa and Viola in their home. I stuffed the girls in one rnbig tulle dress to keep them as close to each other as possible for a rnlonger time. The girls sat seriously next to each other and looked the rnsame as they did months before. I´m amused by their seriousness, at the rnsame time there is something sad about it."