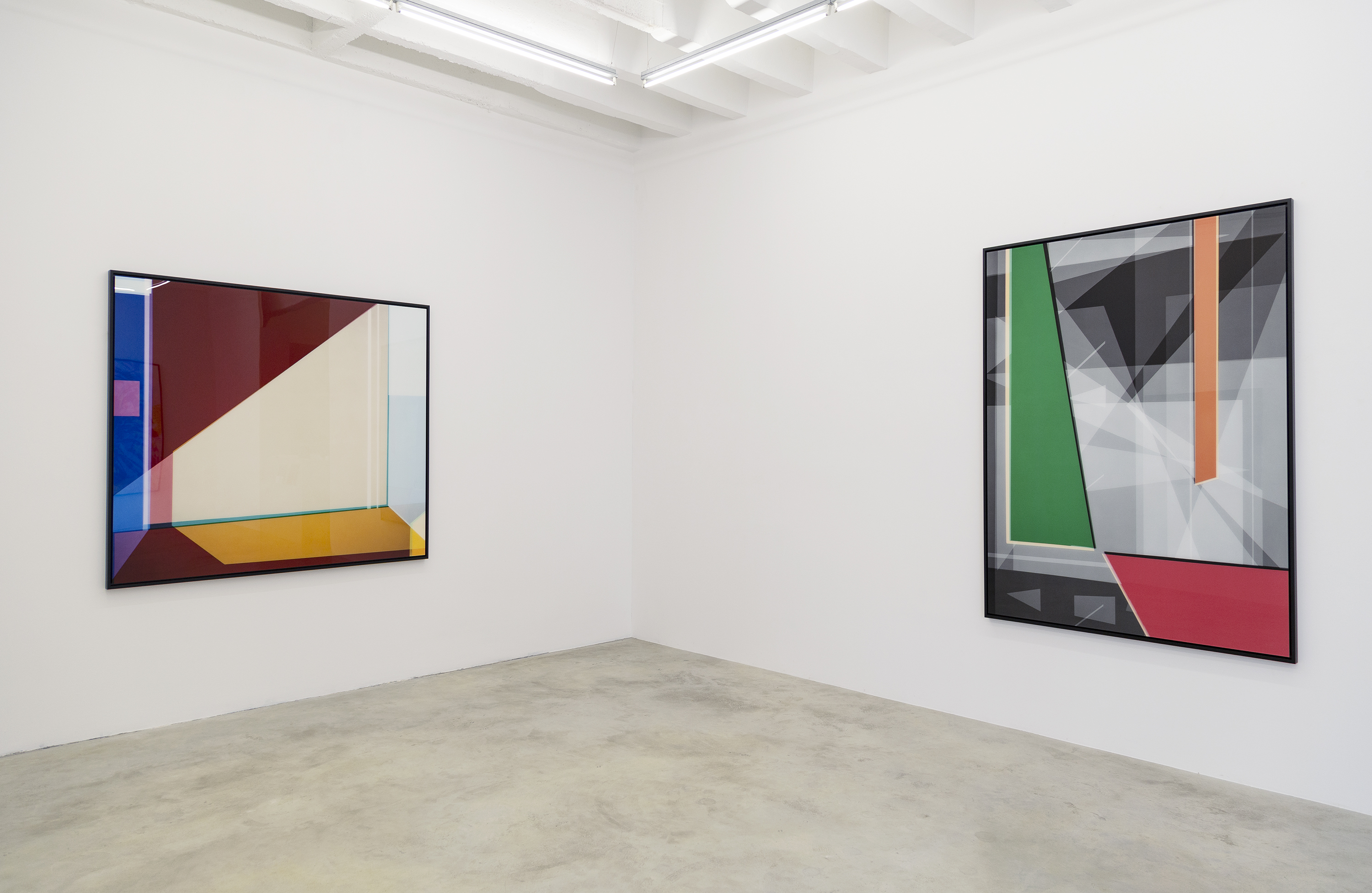 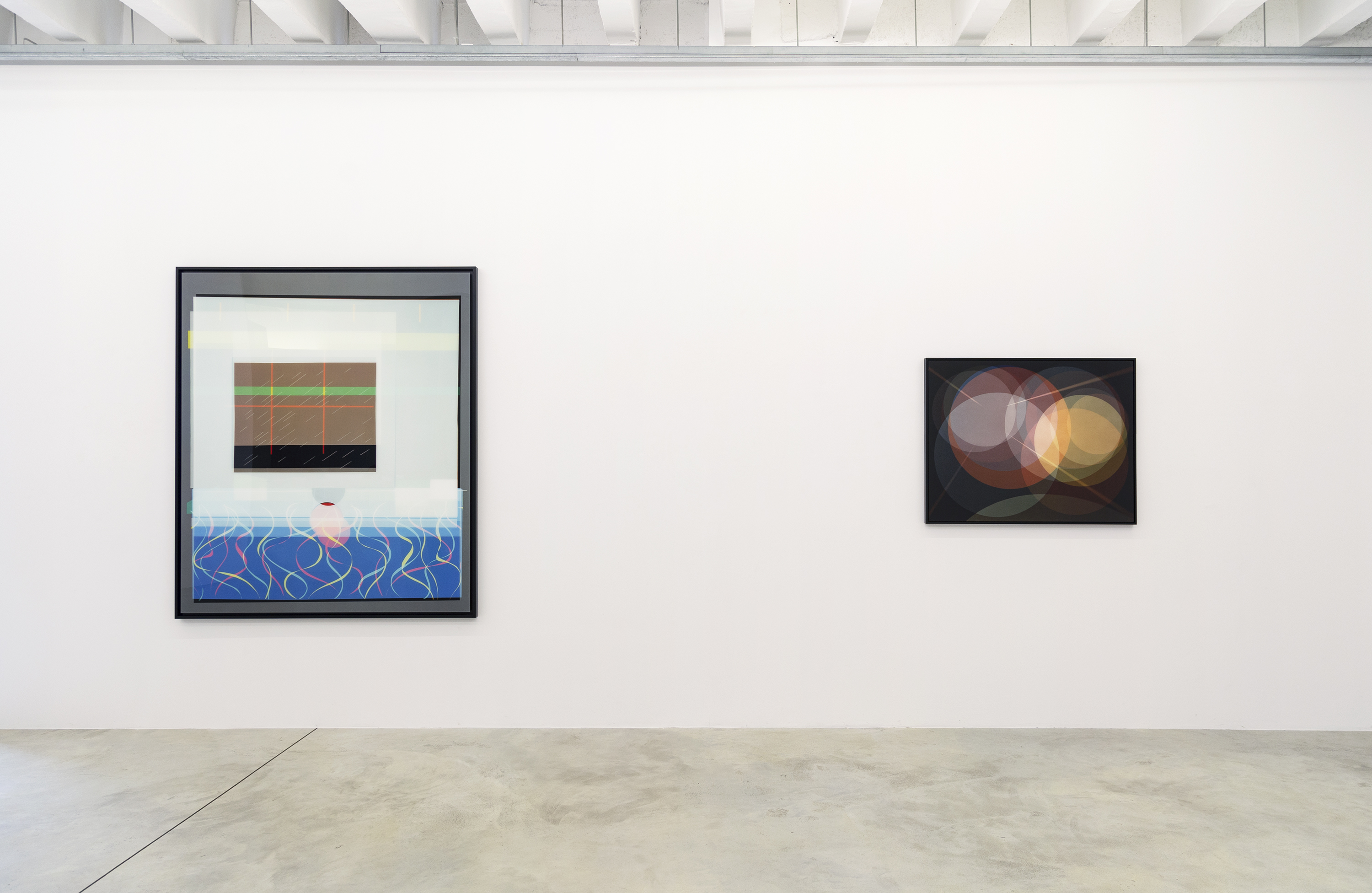 Exhibition: 29 April - 28 August 2021
Venue: Persons Projects | Helsinki School, Lindenstr. 34, 10969 Berlin
We are thrilled to present Niko Luoma’s solo exhibition For Each Minute, Sixty-Five Seconds. This exhibition features a selection of works from his Adaptations series, which focuses on his fascination with reinterpreting artworks from art history that have either influenced him or the way we think as a society about art. It is accompanied by his newest publication with the same title by Hatje Cantz and vitrines including not previously presented drawings and sketches.
Niko Luoma is one of the world’s leading abstract photographers and a key figure in the Helsinki School movement. He diligently works within the analog photographic process while his geometrical compositions are done without any digital manipulation. His method of working is intentional, and the composition of the image is well planned, yet he never really knows the final outcome until it’s printed. Luoma’s photographs find their contextual roots in how he combines cubism with constructivism to form his own style of abstraction. He pushes the parameters of how we perceive and interpret through his use of the photographic process as a means to create his own visual language.
This exhibition centers around the title For Each Minute, Sixty-Five Seconds, by the mental image of light touching the surface of the film. Time is manipulated not for its speed but its duration, enabling the film to absorb the light it’s been exposed to. This repetitive process of using the same negative over and over to collect his choice of filtered illuminations lends him the chance to shape light to fill the void between the dots. His focus is more on what’s inside the camera rather than what’s in front of it.
The works from the Adaptations series also reflect Luoma’s fascination with cubism, which is visible in the selection of works chosen for their inspiration, beginning with Les Demoiselles d’Avignon (1907) by Pablo Picasso, up to Jacques-Louis David’s masterpiece The Death of Socrates (1787), William Turner’s seminal light-soaked works from the 1820s, to the iconic swimming pool paintings by David Hockney from the 1960s. It’s interesting to note that Hockney also uses a cubist perspective much in the same way as Picasso popularized a hundred years ago. Luoma’s Adaptations are not meant to be direct interpretations but more like extensions of how they feel, hear and sense. "I choose my paintings in terms of how interesting they are in regards to their space within: the direction of the lines and the elements contained are essential”, Luoma states. He carefully analyses the paintings he interprets by preparing sketches of how he cuts up the image of the selected master’s work according to the line of its perspective and counterpoints, creating a potentially random set of geometric figures. Luoma’s compositions are held together by a linear grid, related accordingly to the vertical-horizontal principle of straight lines and pure spectral colors. His series plays with viewer’s perception and challenges our recognition skills to find what’s familiar within these colorful photographs inspired by art history.
Niko Luoma abstracts original paintings using only traces of the authentic pictorial images, reducing reality to its purest, most basic structure, thus, challenging conventional forms of representation. He uses repetition and overlapping to break them into shapes and then rearrange them to destroy the initial images. He calls attention to the two-dimensionality of photography as a medium by abandoning the tradition of the post Renaissance perspective and eliminating all elements of physical reality. Instead, Luoma’s focus is on primary colors: He explores a spectrum of hues and examines complex geometries that are layered and joined together impeccably to create a dynamic interplay between the surface and depth of the photograph, leaving the viewer with a sumptuous field of geometric color and patterns.
Luoma not only abstracts what’s visually in the original image but also the emotion that can be associated with it. As in his Adaptation of Study of Henrietta Moraes (1969), 2019, based on Francis Bacon’s painting, the photograph is so expressive it feels like it’s part of a music movement. Luoma’s photographs radiate with a translucency found in a multiple-layered painting that projects its own musical rhythm. In simple terms, he approaches the work like a painter but senses it more like a musician. His work is very much like jazz: "First you compose a theme, then move to improvisation and the unknown, then back to the theme to complete the performance.”