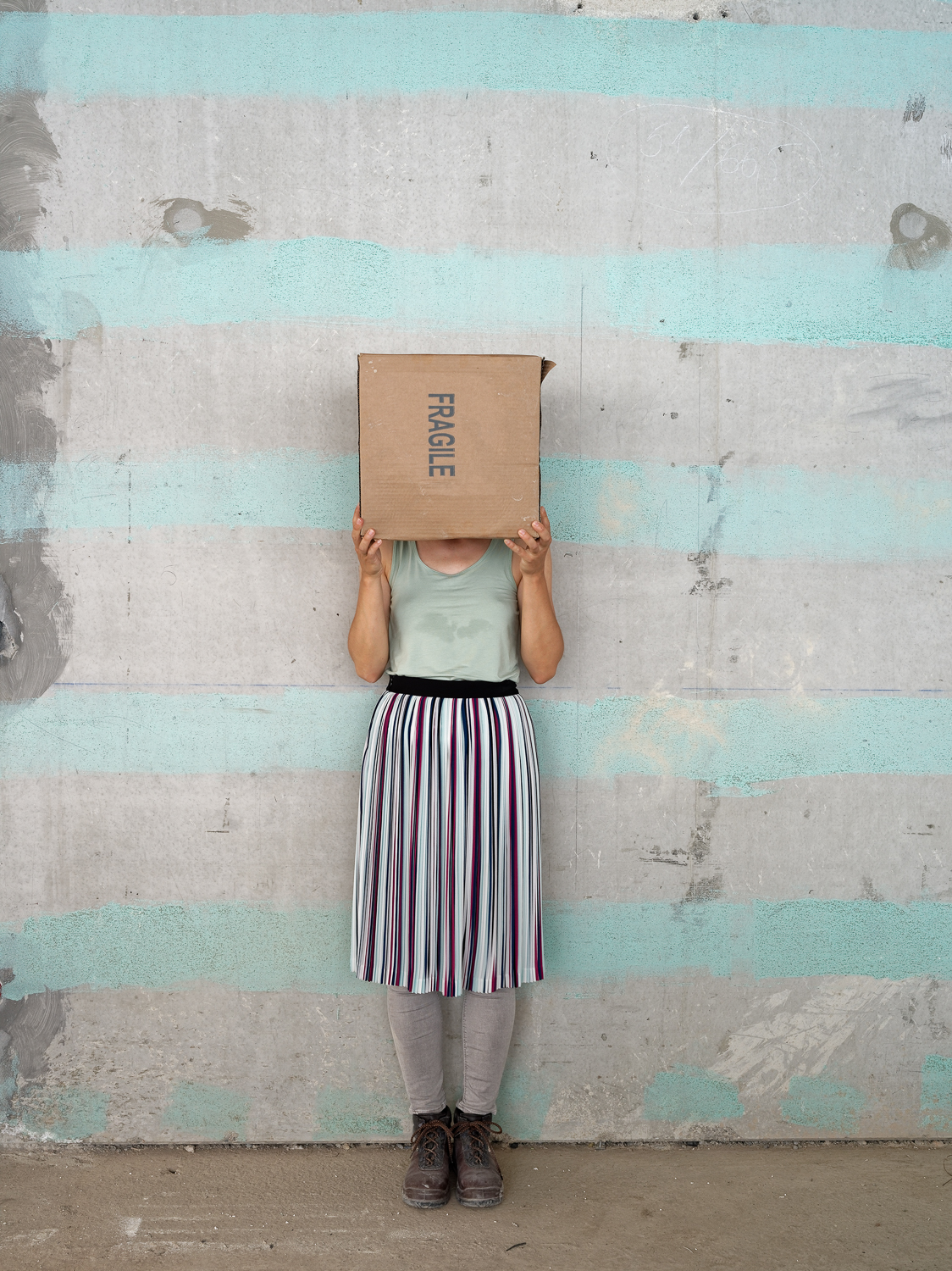 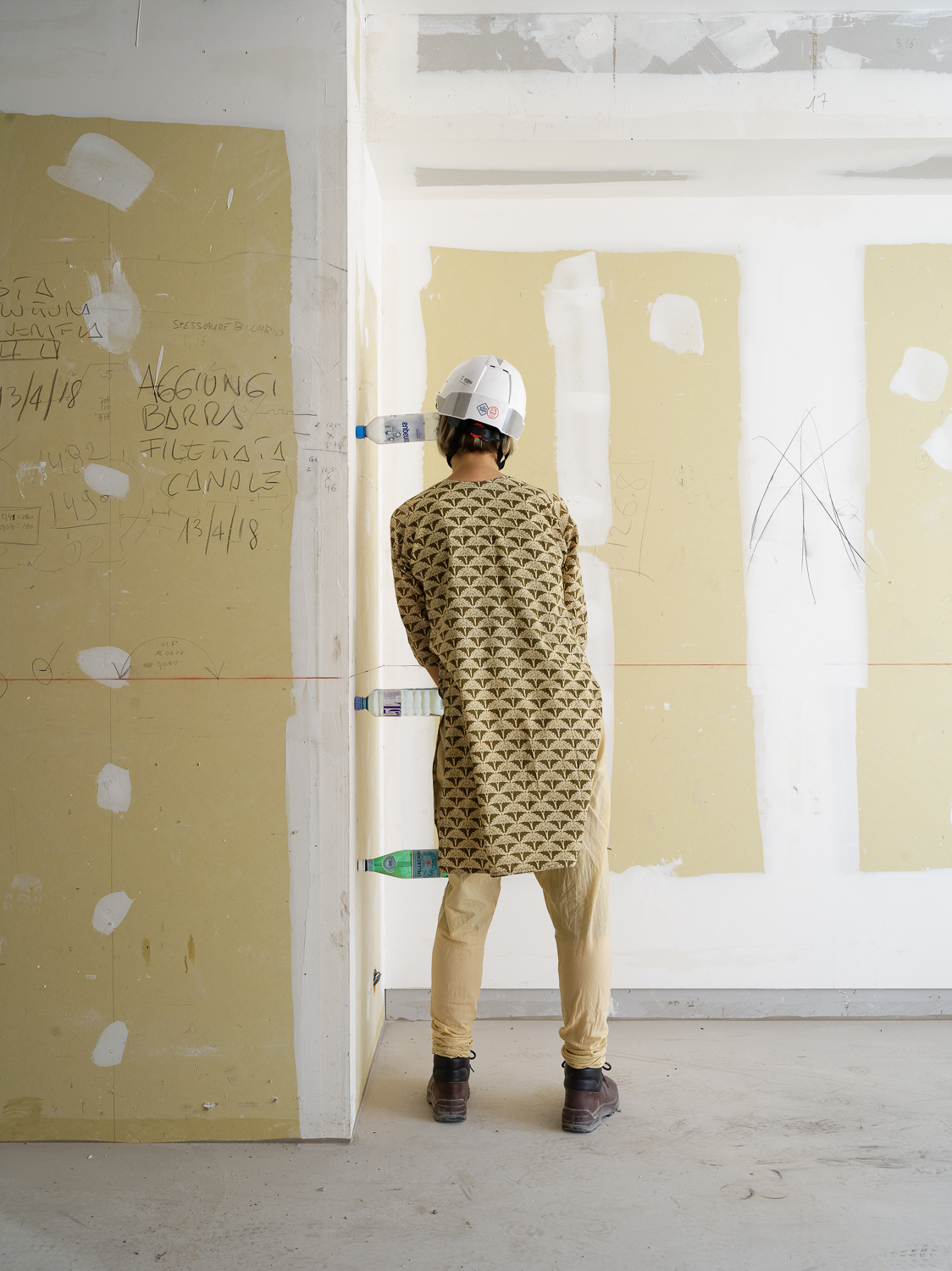 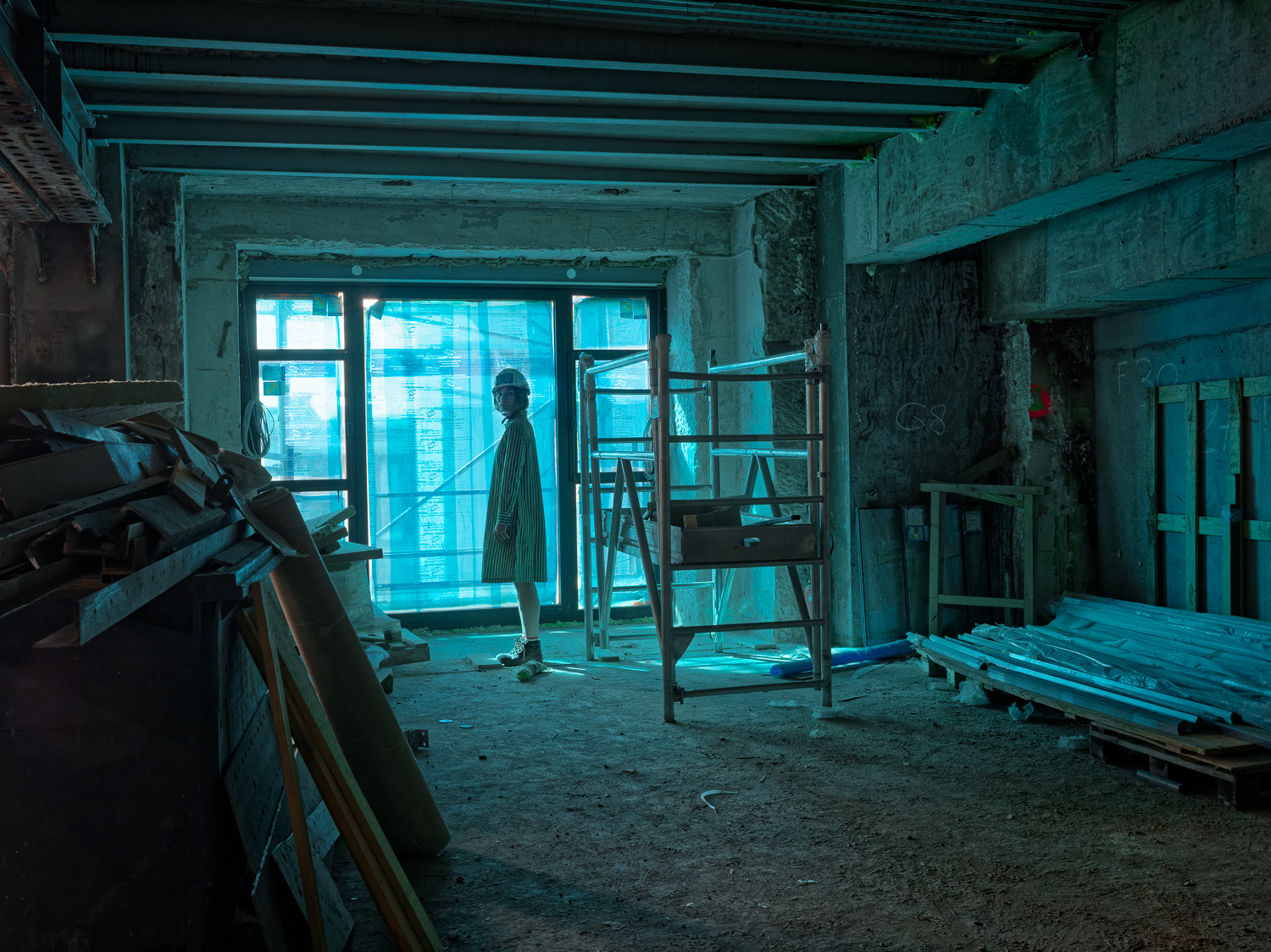 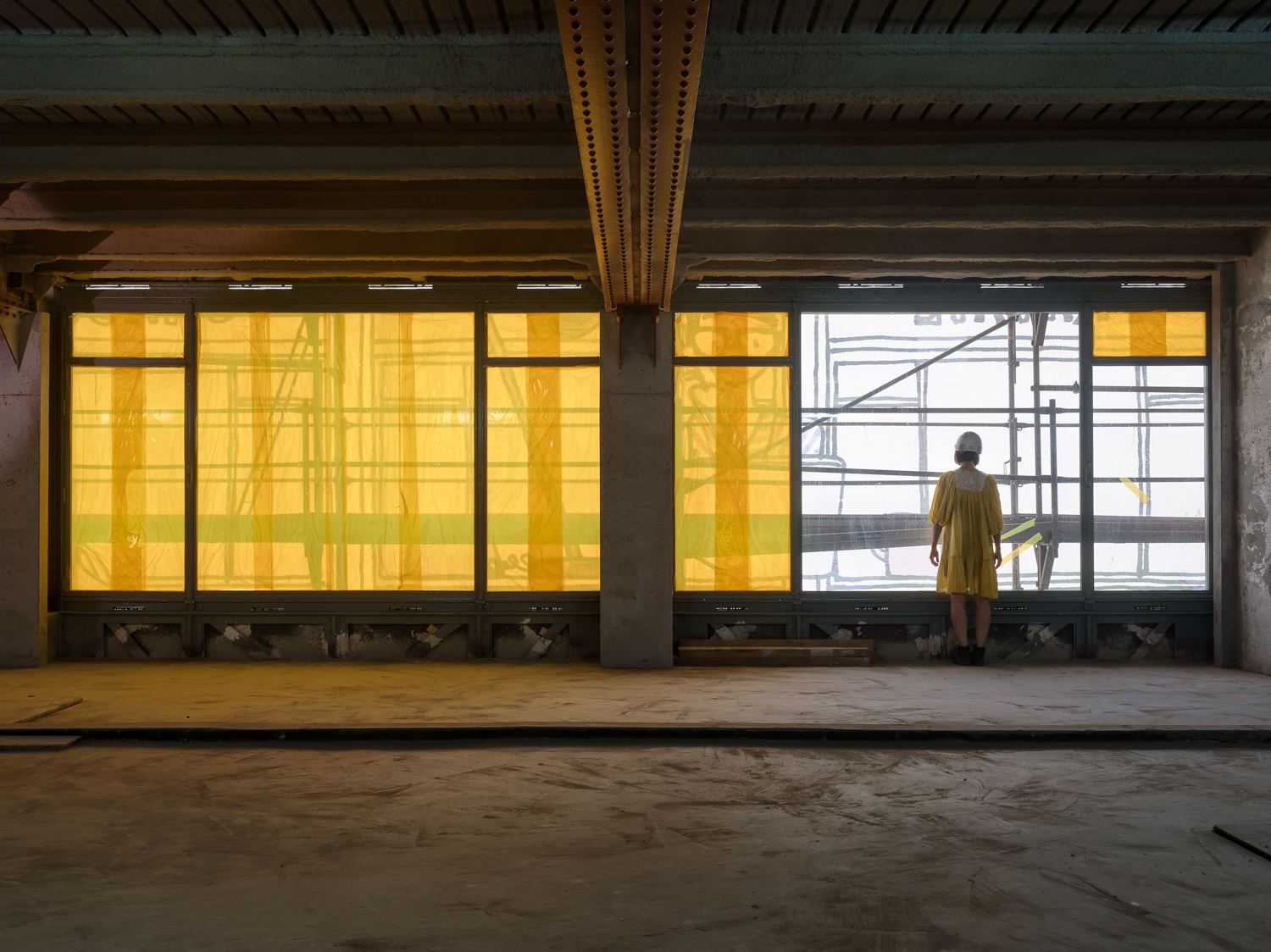 La Samaritaine
The series was shot in a Parisian Art Nouveau department store, which at that time was being renovated while the luxury conglomerate LVMH was awaiting permission to complete an ambitious renovation. Over the course of a week-long shoot, Brotherus photographed herself in countless contexts around the empty, crumbly edifice. She measured the space between curved iron boning, pointing her arms wide, becoming as big as she could be, attempting to meet the architecture on its own terms while also making a joke of it (such as in the title of the work L’Homme de Vitruve, a reference Leonardo da Vinci). She shot herself from behind on the edge of the roof, in the middle of the frame, staring in the four different directions available to her.