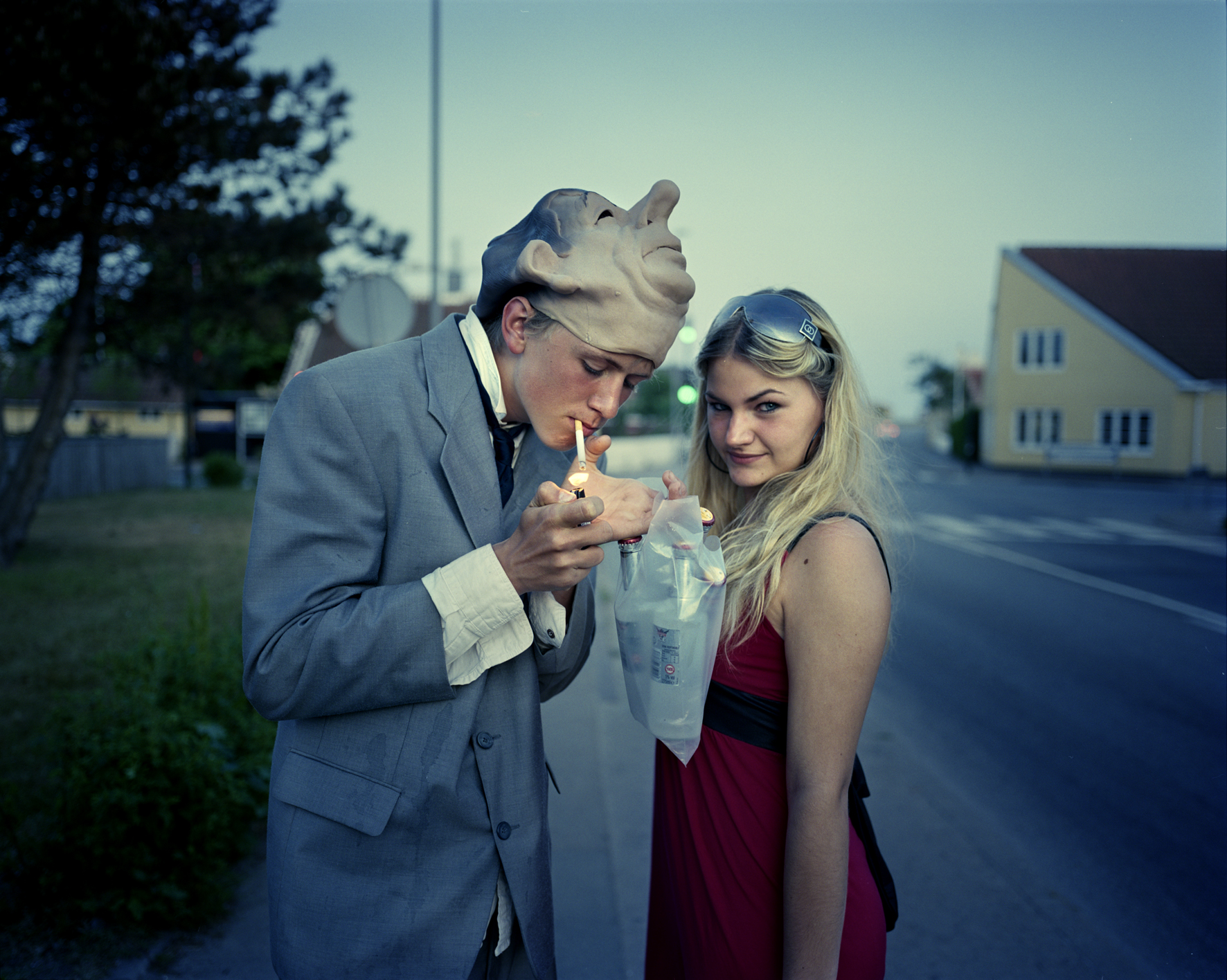 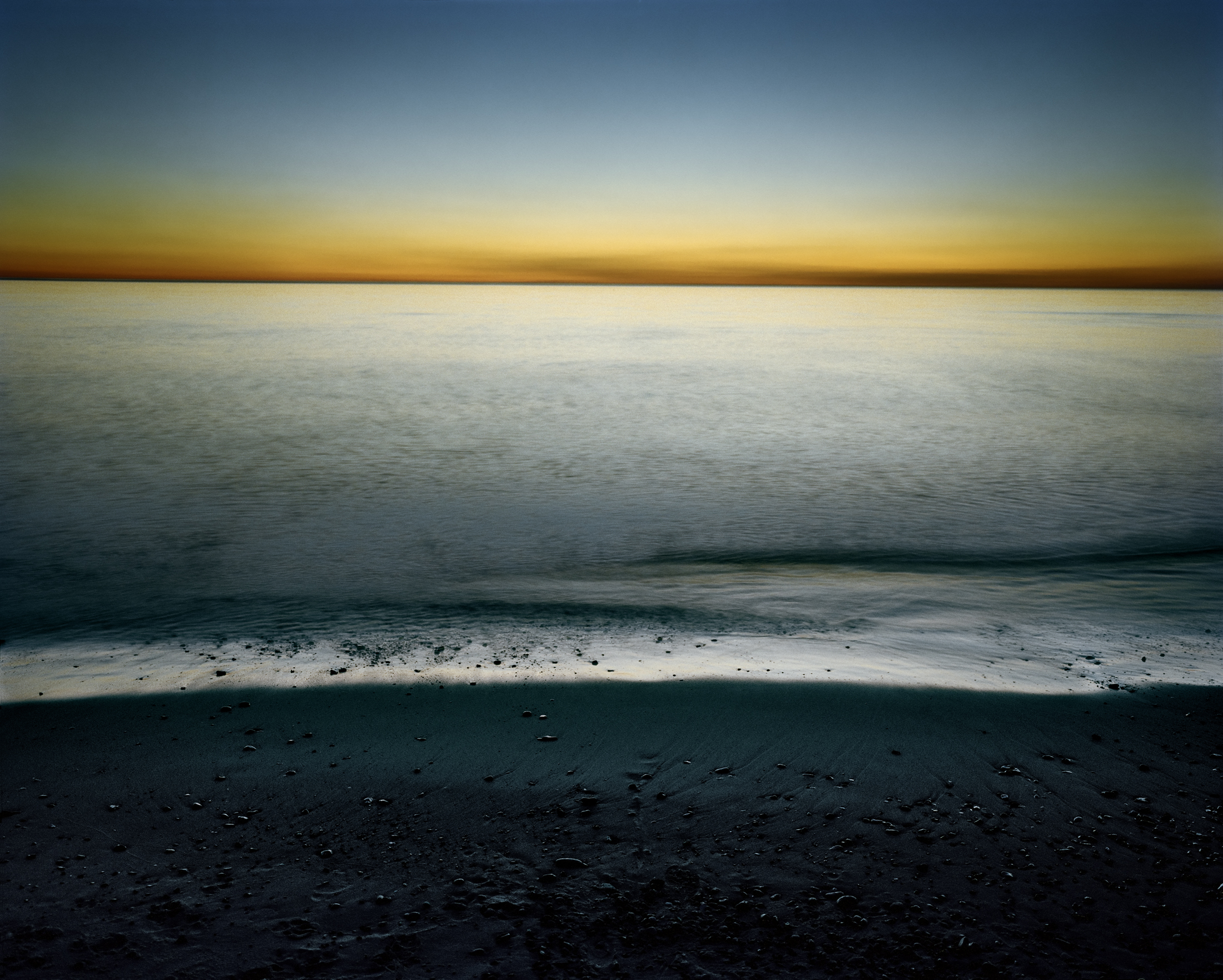 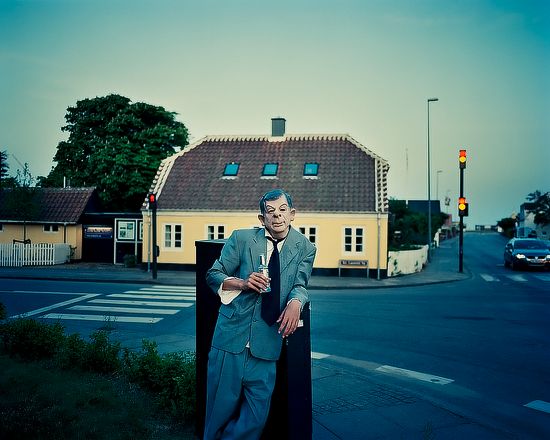 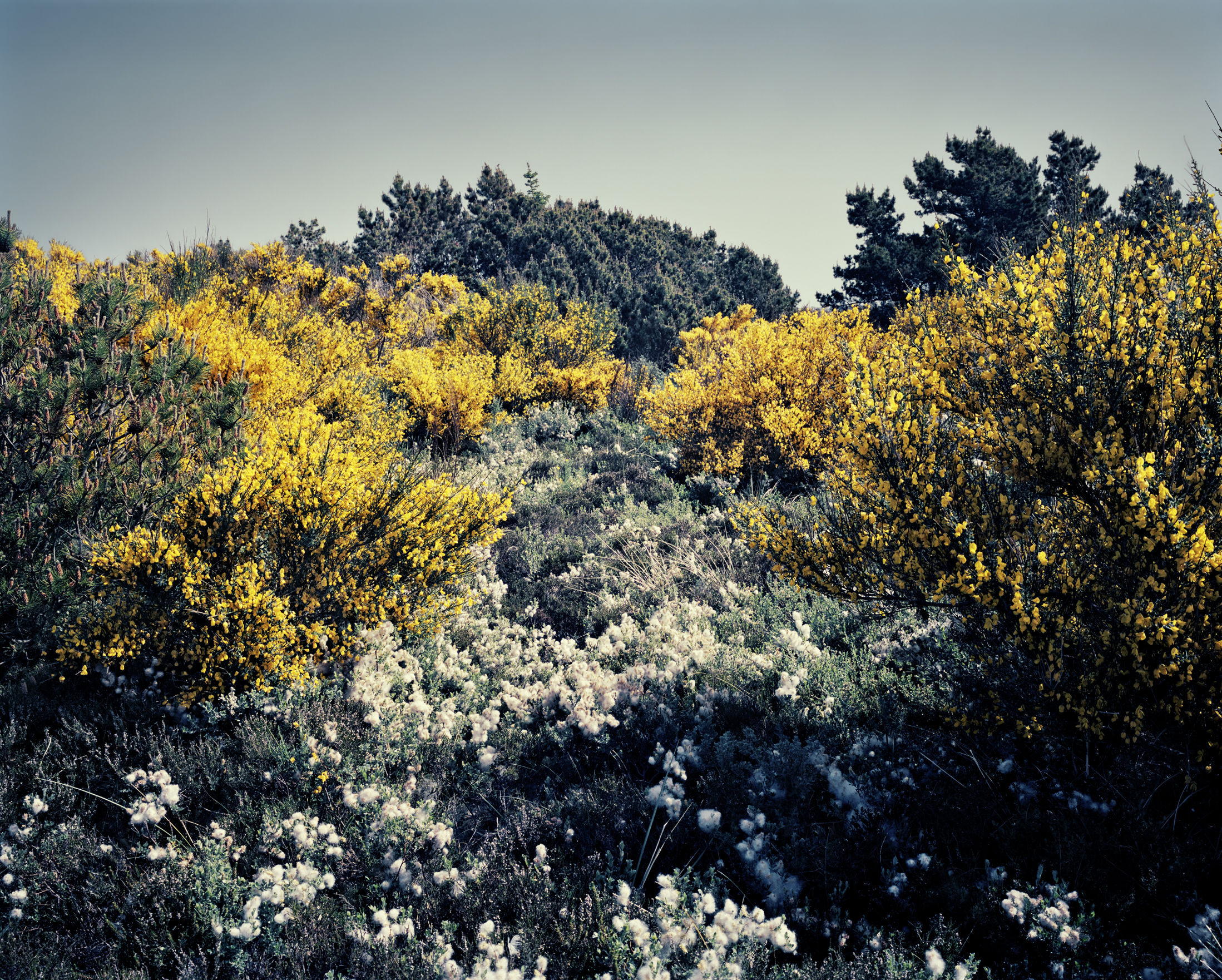 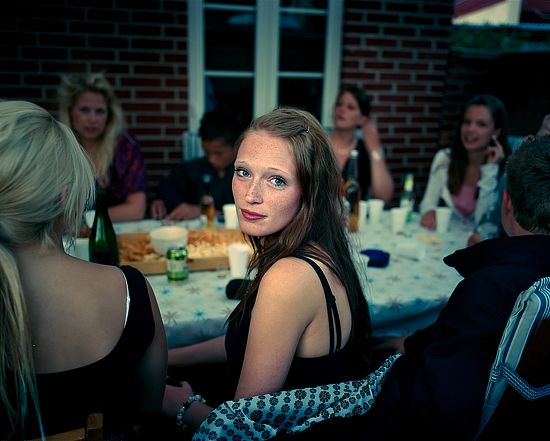 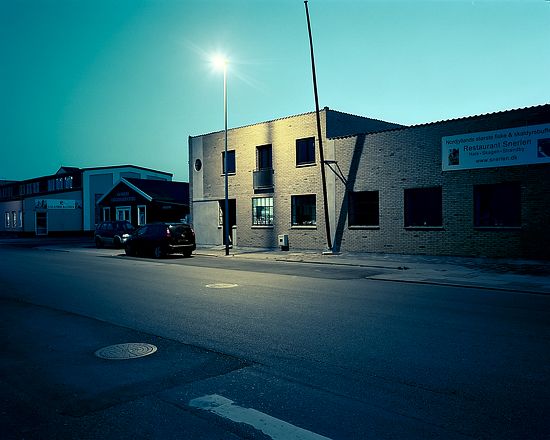 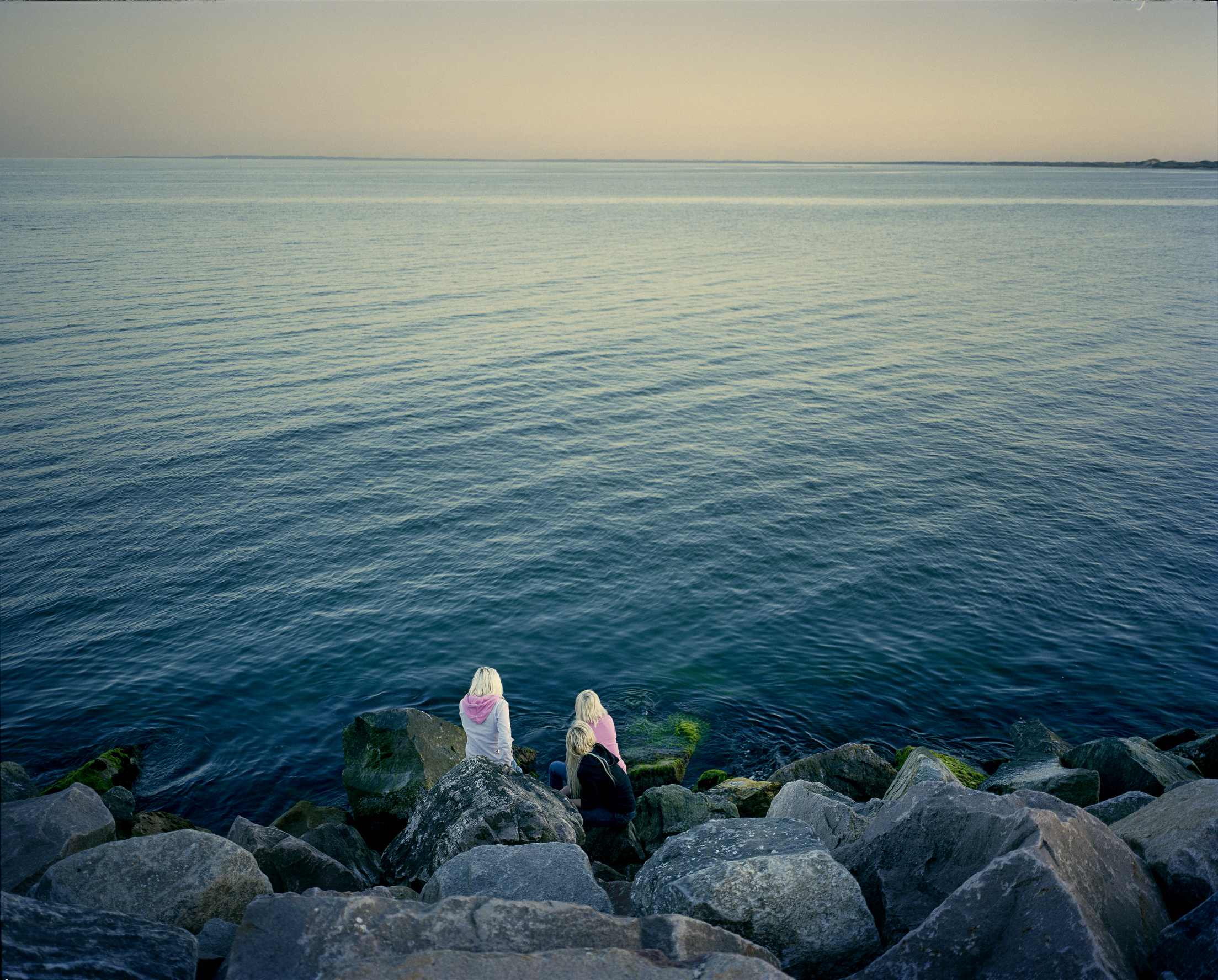 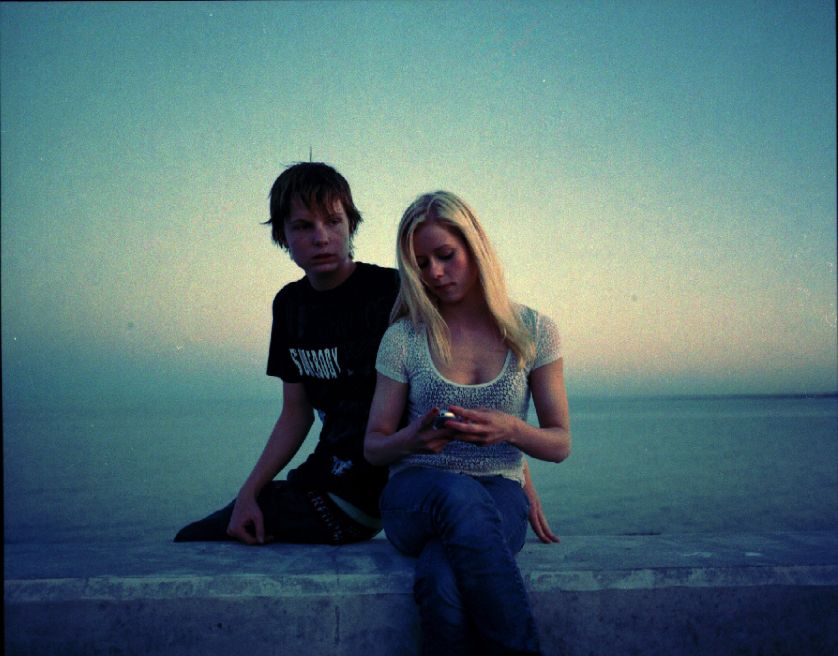 Joakim Eskildsen visited Skagen and the surrounding area in 1988, when among other places he photographed one of the very classical motifs, i.e. Råbjerg Mile sand dune. In his photo series from Skagen, he is one of only a few photographers who has chosen to depict people. His series, which has been photographed at night, also contains photos of deserted buildings, but it is bound together by means of the same bluish, almost surreal light that characterises all five photos. The bluish light in Eskildsen's photos is also found in some of the Skagen Painters' pictures, the most famous of which are P. S. Krøyer's blue lyrical pictures from the 1890s, and the shining light in the lamppost in one of the photos almost takes on the character of an electrical moon. During his stay in Skagen, Eskildsen was preoccupied by the fact that the Skagen Painters did not paint themselves in company with the people of Skagen. In fact, it was not until 1892 that Krøyer had the idea of and made the first sketches for the Midsummer's Eve Bonfire at Skagen Beach, which was completed in 1906, that one of the Skagen Painters painted a picture in which both artists and locals were included. Eskildsen searched for the real Skagen and the real people of Skagen in 2008. In his search, he came across a 9th grade school class celebrating graduation and a woman out walking her dog. Eskildsen's photos are sort of dreamlike, and even in the photo where the young woman looks directly at the spectator, she appears to be absent-minded and day-dreaming.