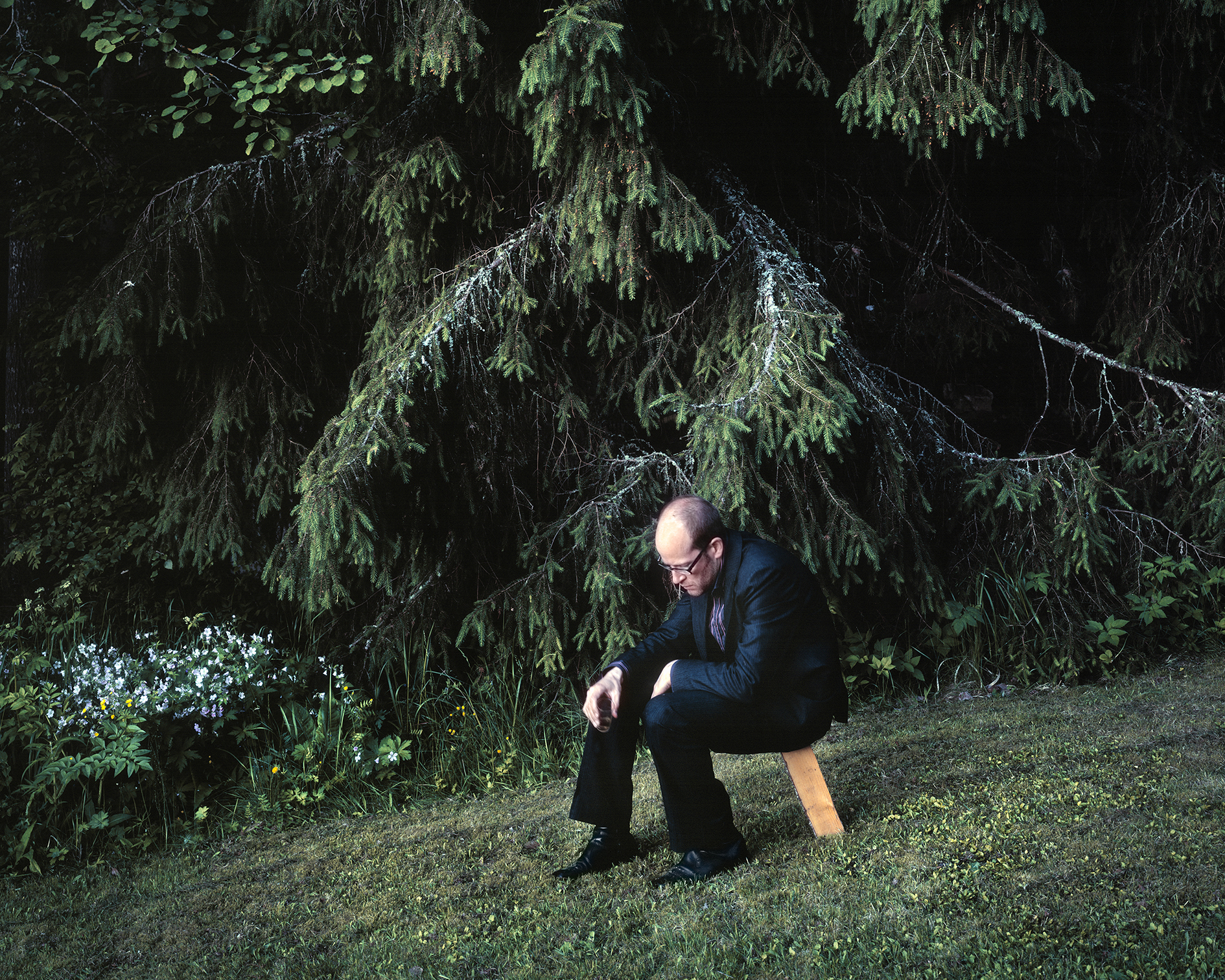 Before studying photography, Ville Lenkkeri studied film at the Academy of Performing Arts, FAMU, in Prague, and at the National Film and TV School in London. Cinematography and film remain strong influences in his artistic approach and his photographic subjects refer to the moving image. In one of his first series, Movies, starting in Prague in 2001, Lenkkeri explored the correlation between cinema and pho­tography through the use of time. This involved taking pictures in movie theatres where the exposure of the photograph corresponded to the length of the pro­jected film. If photography was the precursor of the moving image, cinema has influenced photography by devi­ating it from the simple reproduction of reality and by demonstrating its ability to create fictions. Lenkkeri photographs the real, but the reality he photographs is often a fiction, such as dioramas in a history museum or museum of natural history or frescoes in a restaurant or hallway. The presence of a living person, such as a weary museum guard, adds to the ambiguity of some of his scenes. It is difficult to know whether the person is in the picture because they belong in these strange settings or whether they have been introduced as actors. The ambiguity pervading Lenkkeri's photographs provokes doubt about what one is seeing and leaves the viewer in the gray area between belief and disbelief.
Ville Lenkkeri was born in 1972 in Oulu, Finland. He lives and works in Stockholm, Sweden. He received a Master of Arts, Department of Photography, Aalto University in Helsinki in 2006 and a Bachelor of Arts, Department of Photography, Academy of Performing Arts, FAMU in Prague in 2001. He has held exhibitions in institutions such as FotoMuseum in Antwerpen, Stenersens Museum in Oslo, Borås Konstmuseum, Oulu Art Museum, Hasselblad Center in Gothenburg, Kiasma in Helsinki, and Künstlerhaus Bethanien in Berlin. He is a member of The Helsinki School focusing on contemporary Finnish, social, and staged photography.