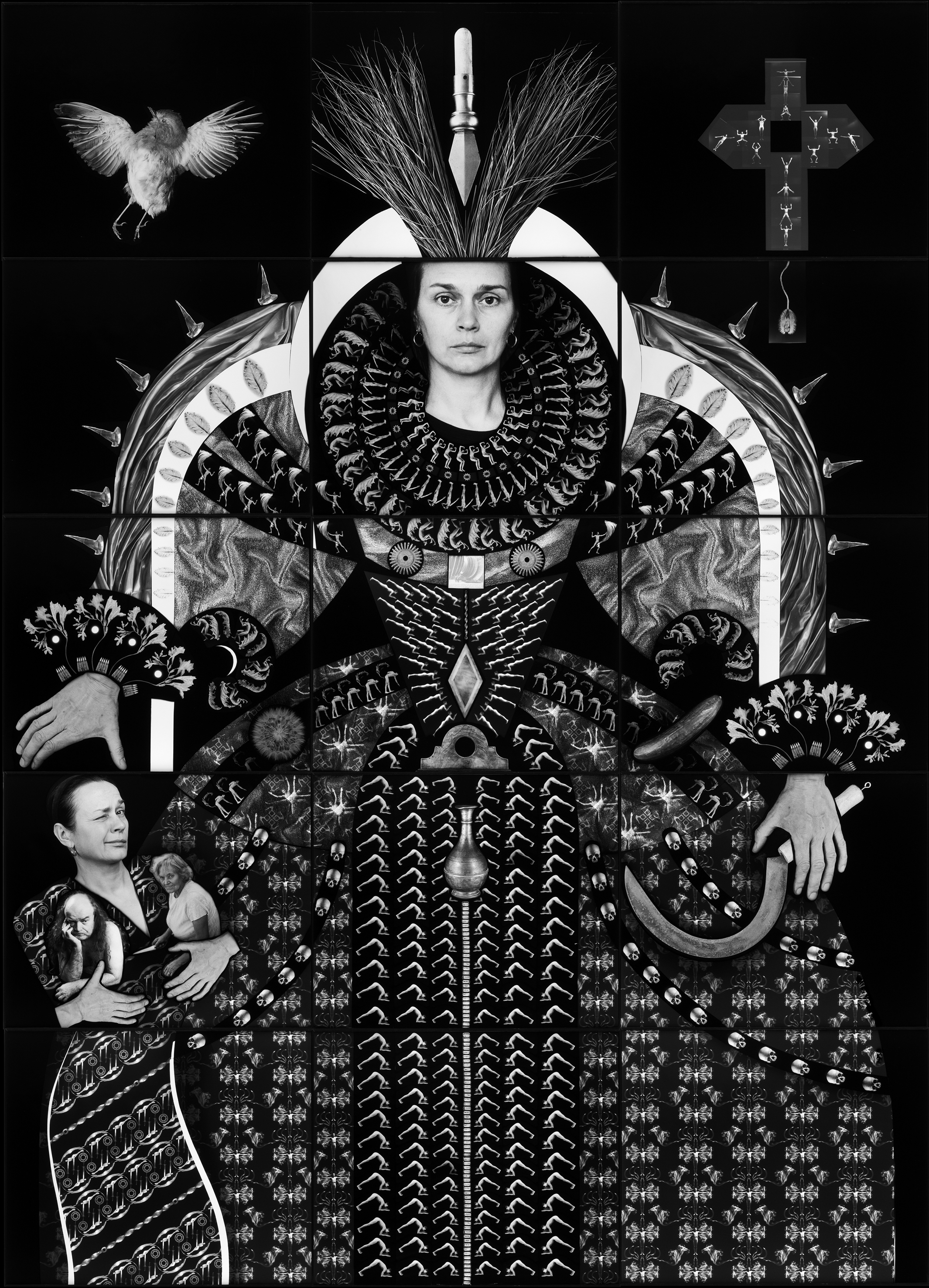 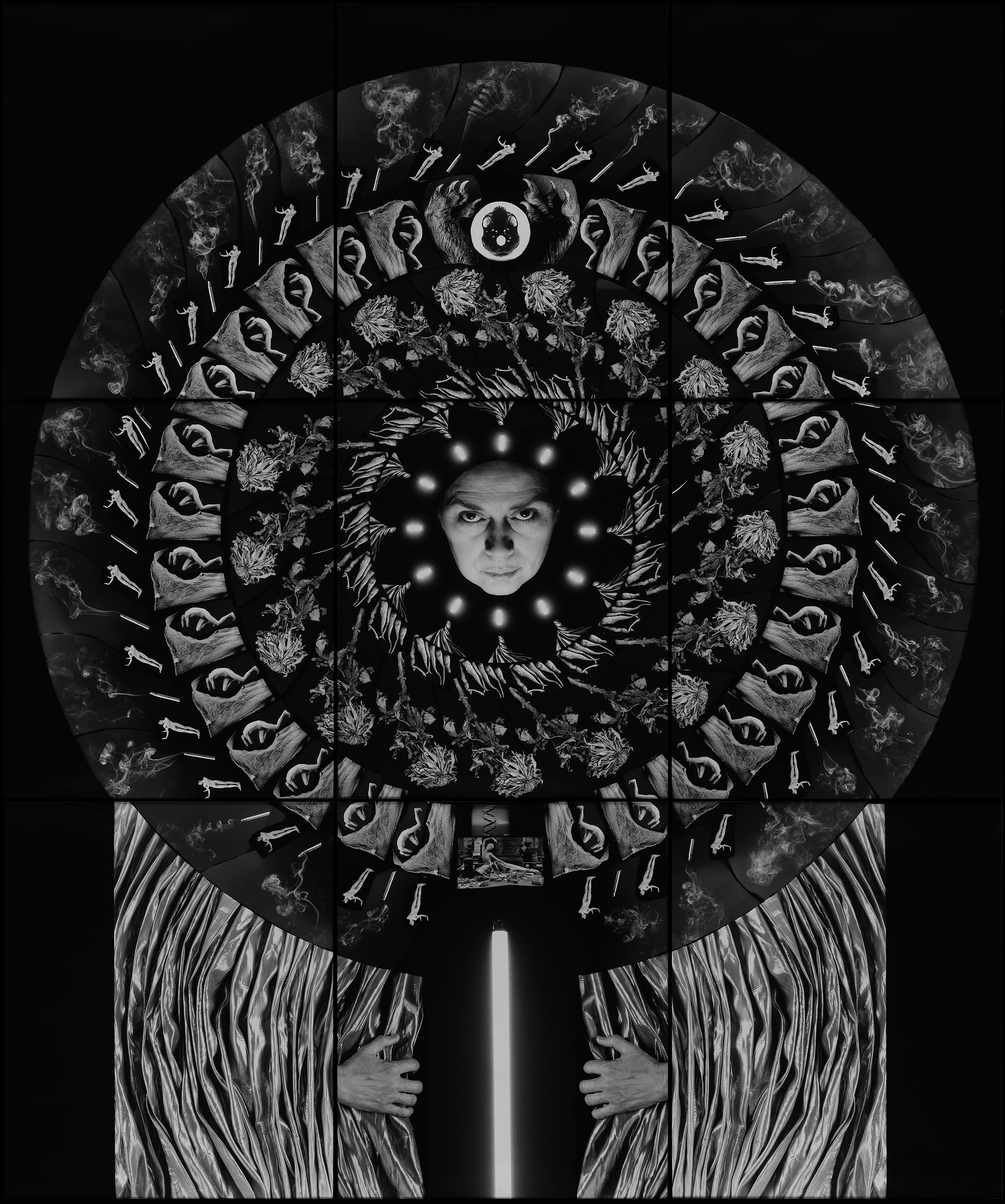 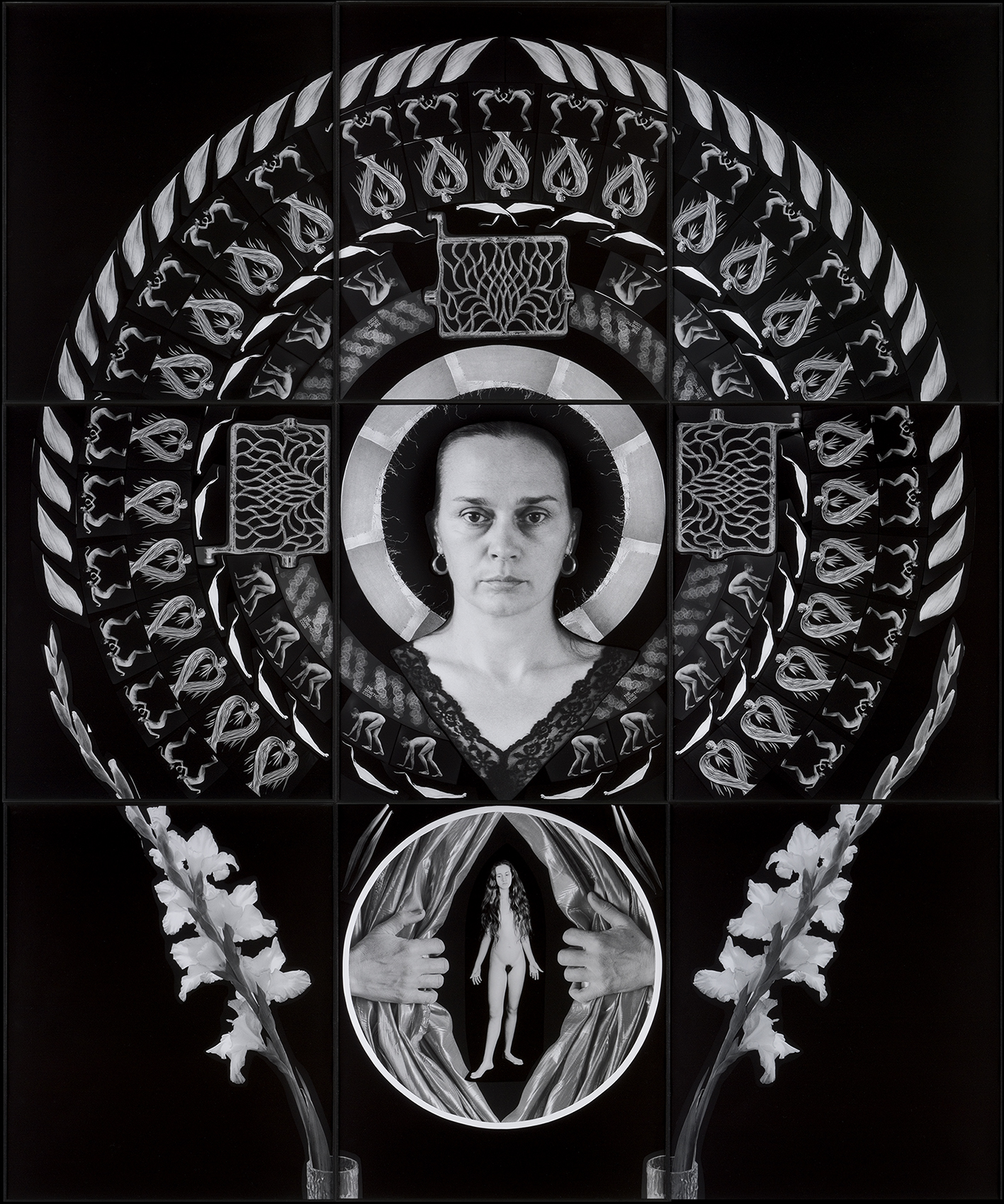 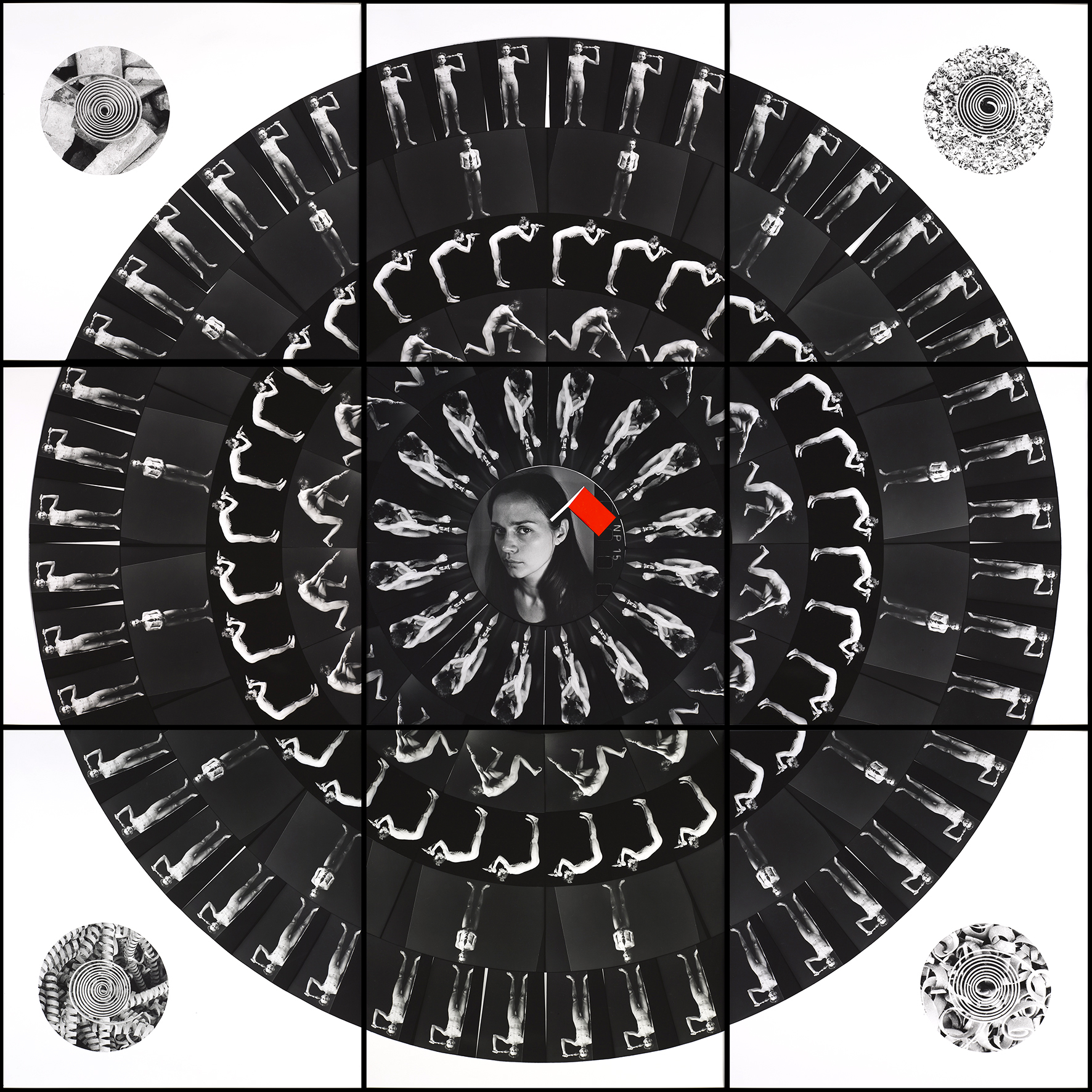 Self-Portraits
Zofia Kulik started to create large photographs after 1987, which brought an end to her collaboration with Przemysław Kwiek. Between 1971–87 the artist did not act autonomously, never exhibiting under her own name, but as a half of the artist team KwieKulik. The series of self-portraits, such as the work Light Rose I (Smokes), 2000, came as a manifestation of an awakening of self-identity in the artist. Along with this self-justification came the ornament. The ornament served as a way for Zofia Kulik to unravel a vision of history, politics and art as a continuum of recurring signs and gestures, organised by the artist’s individual experience and materialised in her private archive of images. Between 1987-91, Zofia Kulik implemented about 700 photographs of a naked male model, presented on a black background, striking poses and performing symbolic gestures taken from ancient Greek vases, catholic iconography, and modern painting as well as Stalinist memorials. This collection of photographs, titled by the artist the Archive of Gestures had been incorporated into a larger, extensive archive, created by the artist from the very beginning of her artistic practice. The works of Zofia Kulik are produced as fotomontages, using multiple exposures of negatives on photo paper through precisely cut masks. In this way, one work can consist of hundreds or - in the case of more elaborate pieces - even thousands of single images. The represented elements are reduced to the status of a sign; the structure is ruled by the grammar of ornament; based on rhythms, repetitions and symmetries.